What Can I Do With a Nanotechnology Degree?

“Nanotechnology is the understanding and control of matter at dimensions between approximately 1 and 100 nanometers, where unique phenomena enable novel applications. ” – The United States National Nanotechnology Initiative

The history of our species has involved many races. We raced to see who could be first to colonize foreign lands? Which country would be the first to split the atom? Or travel to the moon?

Now we find ourselves in a universal race to shrink down everything we use and manipulate matter on a molecular, or nanometer level. Nanotechnology is an oft-overlooked and mysterious area of science. It remains controversial for several reasons. Critics have pointed to potential health concerns stemming from inhaling or consuming nanofibers and nanoparticles. There’s also been debate over whether nanotechnology had the applications its proponents claimed it would.

These controversies didn’t stop over 60 countries from building government nanotechnology research and development departments in the early 21st century. They weren’t the only ones, with top corporations easily outspending government work on nanotechnology. Samsung Electronics, Toshiba, IBM, Nippon Steel, and Canon have thousands of patents from the results of their nanotech R&D. This investment is part of why many believe nanotechnology will become increasingly prevalent in science and the global economy over the coming decades. 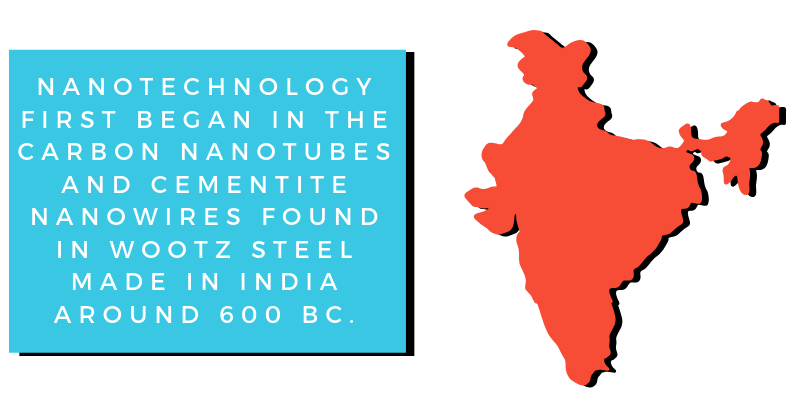 One of the first modern inspirations of nanotechnology came in a 1959 lecture from physicist Richard Feynman called, “There’s Plenty of Room at the Bottom.” Feynman described building smaller and smaller tools that could eventually manipulate molecules and atoms.

Feynman proved to be controversial (some believed his influence over nanotechnology was overstated), but the field did continue to develop between the ’60s through ’90s.

In 1960 Korean engineer Dawon Kahng and Egyptian engineer Mohamed Atalla made a MOSFET (metal-oxide-semiconductor field-effect transistor) which changed the face of modern electronics. Today the MOSFET and its ever smaller sized descendants have become the basic transistors that both digital and analog circuitry rely on.

21 years later in 1981 physicists Gerd Binnig and Heinrich Rohrer built the scanning tunneling microscope, which can look at surfaces on an atomic level. Binnig and Rohrer went on to win the Nobel Prize in Physics in 1986 for their efforts.

Around the same time (1985) Robert Curl, Harry Kroto, and Richard Smalley discovered Fullerenes or allotropes of carbon. Fullerenes have single and double bonds which create partially closed mesh, or closed mesh. They’re made up of fused rings that hold five to seven atoms. They come in many shapes, including tubes, spheres, and more. Fullerenes are important in nanotechnology because of their energy levels and high electron affinity energy.

These structures had potential applications in areas like medicine, materials science, nanoscale electronics, devices, textiles, and more. Curl, Kroto, and Smalley won the Nobel Prize in Chemistry in 1986. This award, combined with Binnig and Rohrer’s continued the overall scientific community’s recognition of foundational work and discoveries within nanotechnology.

Some of the products that have come to market that use nanotechnology include antibacterial agents made up of silver nanoparticles, carbon fiber strengthening that relies on silica nanoparticles, transparent nanoparticle-based sunscreens, and carbon nanotubes used in stain-resistant textiles. 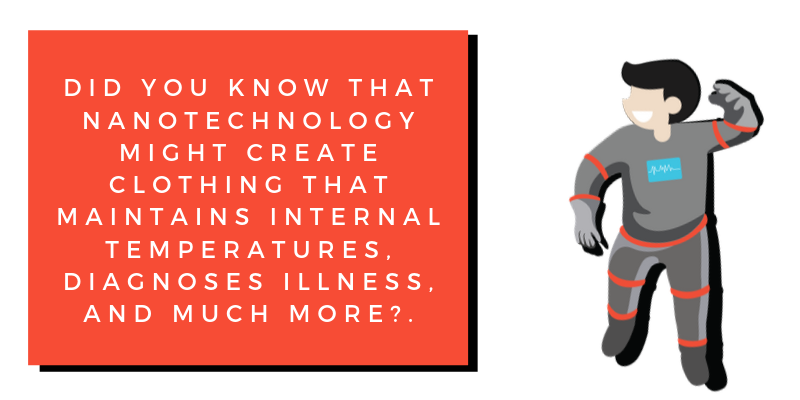 A fascinating potential area of this field is in Nanomedicine. Nanotechnology has already been used in diagnostic devices, analytical tools, physical therapy, create drugs, and more accurately deliver them, and much more. It has the potential to deliver drugs to specific cells, bind itself to and take the place of tumors in the body. Some envision nanotechnology doing further sensory work on a molecular level within bodies and be used to build biological machines that can replicate DNA and cells to mitigate the aging process.

Nanorobotics is another burgeoning subarea of nanotech that is mostly in research and development. However, nanorobots (machines with components in the range of a nanometer) might be used to search for and destroy cancer cells, or find and clean up toxic waste.

No matter where you apply yourself in nanotechnology, you’ll become part of an incredibly small and highly desired pool of professionals. People in Nanotechnology are working on exciting breakthroughs in chemistry, physics, medicine, electronics, robotics, and more.

We’re here to help you find your place in nanotechnology with this guide. In it, we’ll explore whether a nanotechnology program is right for you. We’ll look at what these programs demand from you, and what they’ll give to you personally and in potential earnings. We’ll delve into what these programs will require from you, and share what we’ve written to help you find a degree that works for you.

Before we begin, please ask yourself and consider the following: 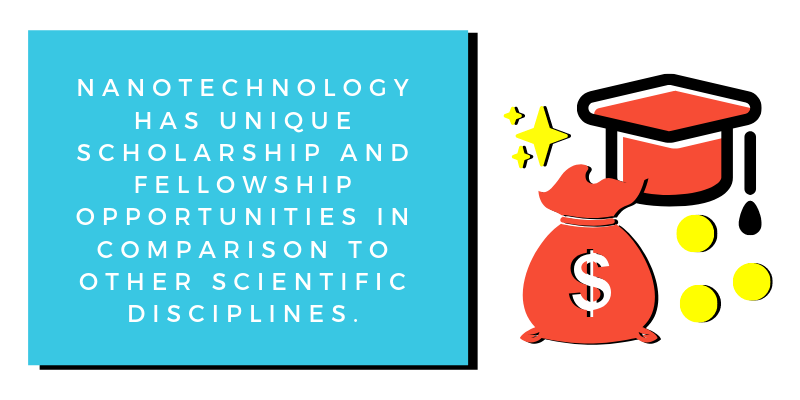 These are just some of the questions and concerns you should use in your search for a degree. Add to this list with any parameters or issues that apply directly to you that aren’t featured here. When you’re looking through schools, try to write out answers to these questions to help you decide between them.

Now let’s take a look at what students in these programs need to have and cultivate while they’re studying Nanotechnology:

Nanotechnology Degrees Require and Grow Your: 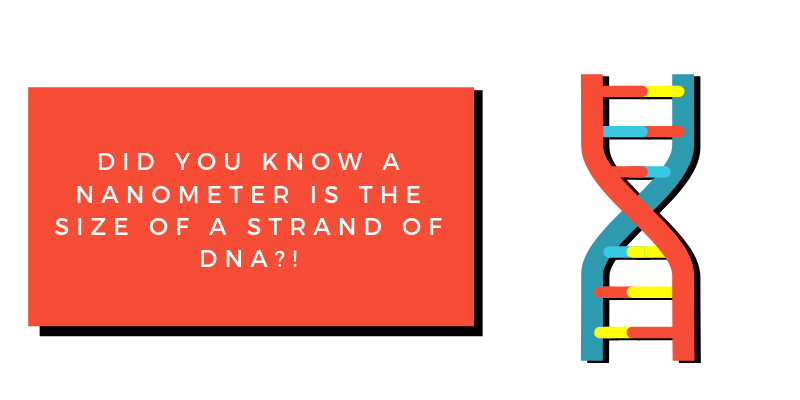 Let’s look into what we’ve done to help you find a degree in Nanotechnology, decide whether it’s a match for you, or enter a discipline that’s adjacent to Nanotechnology and can help you get into it:

How Can We Help You Find the Best Nanotechnology Degree for You?

The entire Degree Query team has worked diligently to provide you many different forms of content. We want this work to help you in your search for a degree that will drastically improve your life. We’ve answered common questions about degrees and different fields. We’ve ranked jobs and degrees, written guides like this, and much more. Some of what we’ve done on Nanotechnology and related areas of science includes: 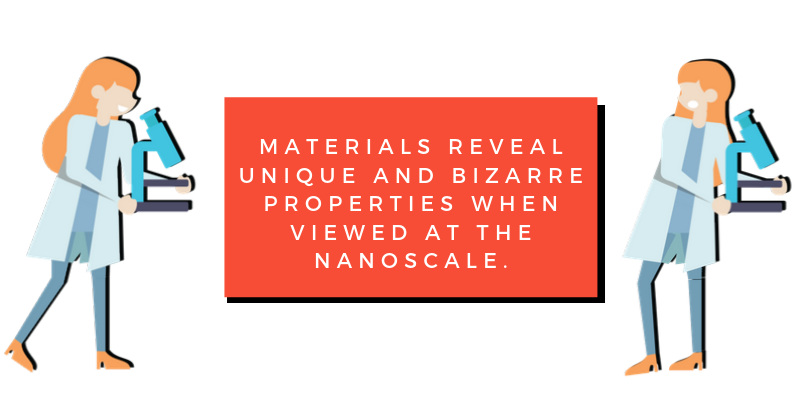 Keep in mind that many of the people who end up working in Nanotechnology get there after earning a degree in areas like Engineering, Chemistry or Physics. While there are nanotech-specific degree programs, you can get into this field in a variety of ways.

If you find a school or degree program through our content that you want to apply to, you should consider writing to their support staff directly. By contacting school employees you can often find out more about program requirements, potential aid or scholarships you could qualify or apply for, what admissions staff are looking for, and much more.

Now let’s look at the different degree levels in Nanotechnology:

What are the Different Levels of Nanotechnology Degrees?

Associates and Certificates in Nanotechnology

These programs take two years to complete. There are a surprising number of them (22 according to Nano.Gov). They can sometimes be taken online. These programs are also offered at times by community, junior, or technical colleges. Earning a degree from a community or junior college can save you money, and eventually time as you pursue a Bachelor’s in the field. You’ll take general education courses, but spend much of your time earning credits in hard science and engineering courses that can transfer into four-year programs. Sample courses might include Technical Communications, Intro to Nanotechnology, a heap of Physics and Chemistry courses and Labs, and more. Electives might include 3-D Mechanical Modeling, Material Science, Engineering Materials, Engineering Graphics, and CAD Fundamentals. Nano.Gov also notes that Ph.D.-holders currently occupy many roles in the field that graduates with 2-year or certifications could fill. They attribute this to a lack of people with any credentials in the discipline.

These four-year programs will give you a comprehensive education in Nanotechnology. There are many majors and minors in the field that can lead to post-graduate employment. Students can also go on to study more specialized areas of the discipline at the graduate or doctoral level. Nano.Gov offers a list of the available programs, as well as fellowship and scholarship opportunities in Nanotechnology. They list over 30 schools offering programs that have either a minor, concentration or degree in Nanotechnology. Coursework in these programs can vary greatly, depending on what part of Nanotechnology a specific track or concentration has decided to focus on. 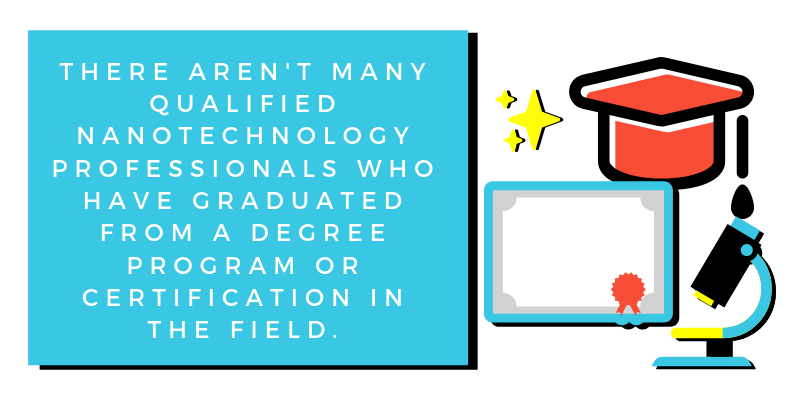 These programs also take two years to complete, but they’ll be far more rigorous than previously discussed Nanotechnology degrees. You’ll almost definitely enter a specialization area like Nanomaterials, Nanomedicine, Nanoengineering, Nano-Systems, and more. Courses might be offered by various science departments of the school you select. Sample courses may include Nanoelectronics, Biochemical Sensors, Nanoparticles, Electronic Materials, Chemistry of Nanomaterials, and much more. These programs may require a culminating project or thesis to graduate.

What are the Available Specializations Within Nanotechnology?

We’ve discussed Nanomedicine previously. You’ll work with, research and study nanoscale materials, nanorobots, biocompatible nanoparticles, drug delivery, and much more. There are even concentrations in Cancer Nanotechnology, like the University of Illinois Urbana-Champaign’s. Your work could lead to significant developments in medicine and save or improve incalculable lives.

Robotics is booming across the economy, and studying Nanorobotics offers you a chance to separate yourself from your competition in the field. Much of the work you’ll do will include research into the theoretical aspects of creating robots that are the size of a nanometer. However, the end goal is to use engineering to design and build functioning nanorobots.

Textile Nanotechnology may eventually be used to create clothing that can sustain human life, regulate temperature, sense and diagnose illness, and much more. There are also potential applications in engineering structures, furniture design, and much more. Nanotechnology depends on minuscule carbon structures that scientists hope to manipulate in ways that are currently unimaginable. How these nanomaterials will fit into what we wear and put in our homes tomorrow is up to the Nanotechnologists of today. 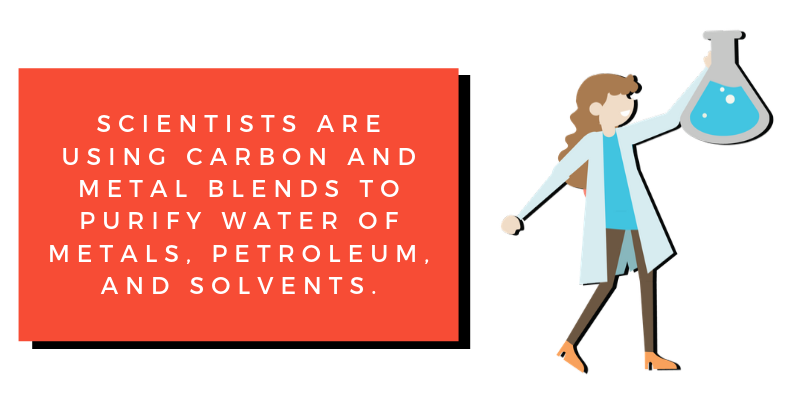 In these focus areas you’ll concentrate on using Nanotechnology in construction of projects and structures both large and small. Structures built with nanomaterials have the potential to save significant money and expended energy on heating, cooling, and electricity.

Here you’ll study quantum structures, spintronics, organic and molecular electronics, DNA and protein arrays, and more. Your work will include significant research and with any luck evolve the definition of what we consider a device.

This is a subarea of Nanomedicine but deserves its own entry. Nanotechnology has already been used to create drugs that are either on the market or are being tested to treat cancer, HIV-related complications, organ rejection, and more.

This field is rapidly evolving. There will certainly be new specializations and focus areas within Nanotechnology in the coming years and decades.

Before we end this guide let’s look at potential earnings and employment growth in the field:

We hope you’ve found this guide as fascinating and helpful as we intended it to be. Most of all, we hope it’s helped you decide whether to pursue a degree in Nanotechnology or a related discipline.

Nanotechnology is a growing field poised to disrupt numerous areas of science, medicine, and the global economy. It demands grueling research, the ability to grasp versatile, complex theoretical concepts and solve pressing problems.

If you think you’ve got what it takes to enter this field let’s look at potential earnings and employment after graduating from a program in Nanotechnology. 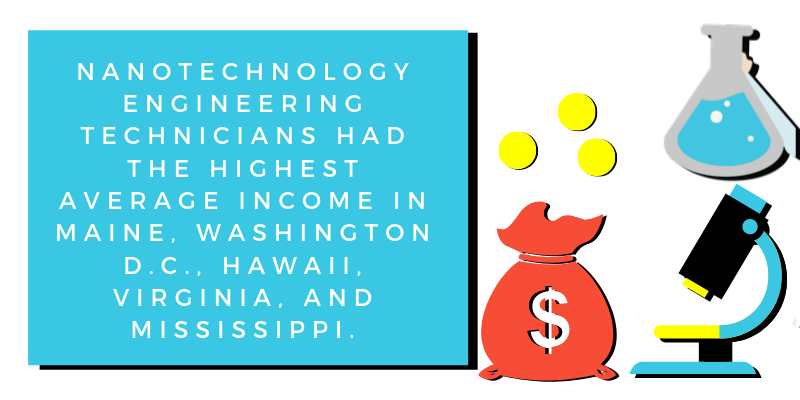 Once again we want to remind you that reaching out to any program you’re interested in directly can have several advantages. You can learn more about applying to a Nanotechnology program of your choice, see what aid you might qualify for, and much more.