What Classes Will I Have to Take for a Degree in Electronics Engineering? 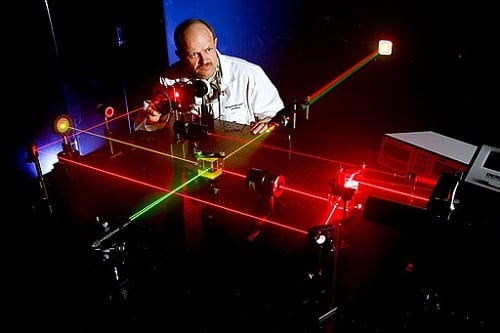 Science and Math for Electronics Engineers

Among the most important subjects you would study as you earn a degree in electronics engineering are science and math. Without having a strong foundation in the basic sciences such as chemistry, physics and biology, or in advanced mathematics, you would not be able to apply science and math concepts to the development of engineering designs. The Accreditation Board for Engineering and Technology (ABET), which accredits engineering degree programs of all disciplines, requires engineering students to dedicate at least one-quarter of the credits they earn to graduate to studying college level math and basic science.

For students in electronics engineering programs, those science classes might take the form of laboratory physics, chemistry and biology, sometimes geared specifically toward future engineers. ABET requires all electrical and electronic engineering programs to include mandatory coursework in discrete mathematics, linear algebra, differential equations, complex variables and probability and statistics.

You might not think chemistry has much to do with engineering, but students should develop familiarity with the periodic table, electrochemistry, thermodynamics, chemical bonding and many other aspects of chemistry.

The Core of Electronics Engineering Programs

The reason engineering students need to learn science and advanced math is for the sake of knowledge in and of itself, but rather so they can apply these concepts to the design of machines, components, systems and processes that solve real-life problems. For electronics engineers, some of the most important coursework you will cover is that which prepares you to design electronic devices, electrical systems and computer hardware and software, according to ABET.

These courses include foundational electronics courses, lab courses and computer-focused courses, according to U.S. News & World Report. Students of electronics engineering should expect to study circuits extensively, with particular attention to direct current (D.C.) circuits and design, alternating current (A.C.) circuits and design and digital circuits and systems. Classes that cover electrical components such as capacitors and transistors are also important, as are those that familiarize students with an understanding of current, voltage and other foundational concepts of electric power. Students of electronics engineering programs may benefit from studying some computer science courses, such as basic programming, as well.

While some degree programs consider electronics engineering to be a specialization within electrical or computer and electrical engineering, others allow students to further specialize in an area of academic concentration. For example, you may have the opportunity to focus on the electronics used in renewable energy, mechatronic systems, nanotechnology or power systems, according to U.S. News & World Report.

ABET-accredited engineering programs include a major design experience, or senior capstone project, that puts their science and math knowledge and problem-solving skills to the test developing original designs.

Which Degree Is Best for a Software Engineer?

What Are the Highest Paying Jobs in Engineering?