What Can I Do With a Celtic Studies Degree?

Ancient Pagan Europe. Years when Christian monasteries existed isolated from the rest of the continent. Viking raids. Druids, English invaders, and some of the first castles in Europe. Origins of many modern forms of music and folk beliefs including tiny leprechauns.

Above is a sampling of just why many have been so enamored of the history, culture, and people of Celtic Europe. In the United States, United Kingdom, and Australia, a large minority of individuals are of Celtic heritage. And folklore and popular culture has become mainstream.

If you find yourself fascinated with the ancient Atlantic Fringe of western Europe, then Celtic studies may be a fantastic major for you.

Only one question, what can you do with a Celtic studies degree? 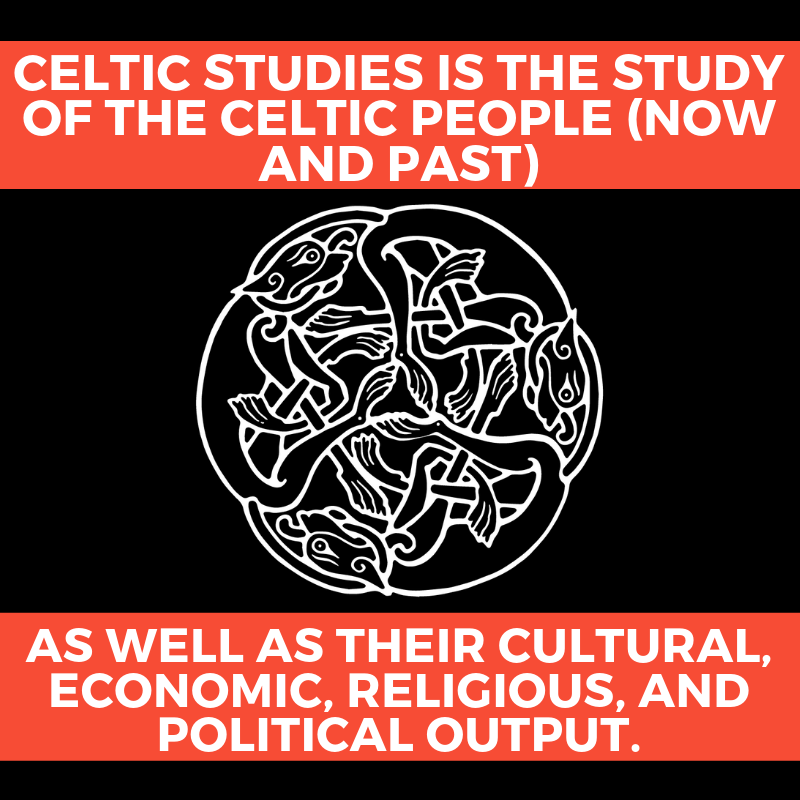 Turns out there’s a good bit you can do.Similar to other social science and humanities degrees, you aren’t bound by what you study. Many fields value the critical thinking, communication, and exposure to cultural and historical concepts that a degree like Celtic studies provides. And if you truly become a master at Celtic studies, you can make a career out of just that.

Here at DegreeQuery we’ve covered a wide range of degree types as well as many of the most pressing questions potential students have about furthering their education. Celtic studies is no exception.

In this guide we’ll look at the following questions:

Not seeing what you’re looking for? DegreeQuery has covered a range of related topics including:

What is a Celtic Studies Degree?

Celtic studies — also known as Celtology — degrees are multidisciplinary degrees primarily concerned with the study of the cultural output of Celtic people groups and nations. There are several accepted ways to determine what constitutes a Celtic nation, but one of the most commonly accepted notions and where many of the courses lie focuses on locations in which Celtic languages are still spoken. The list of Celtic languages till spoken includes

The list of locations accepted as focal areas within Celtic Studies includes:

While a central component of Celtic Studies is language — similarly to how classical studies focuses on classical languages — Celtic studies is actually concerned with a wider range of subjects including:

Celtic studies degrees are available at the bachelor’s through doctoral levels. 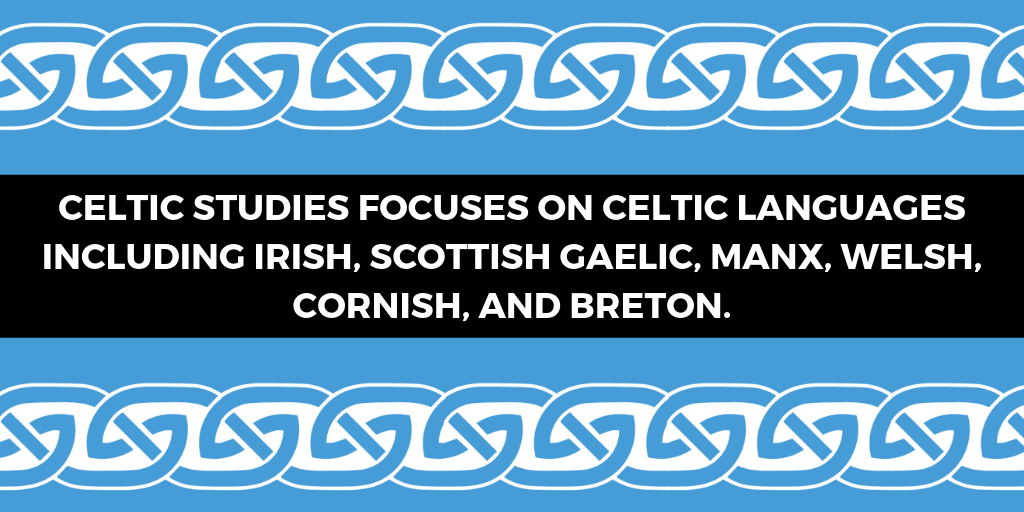 Master’s in Celtic studies are offered at a wider range of schools than bachelor’s in the study are. Typically considered master of arts degrees, students may also receive similar education by studying a related field and specializing in subject matters related to Celtic nations. 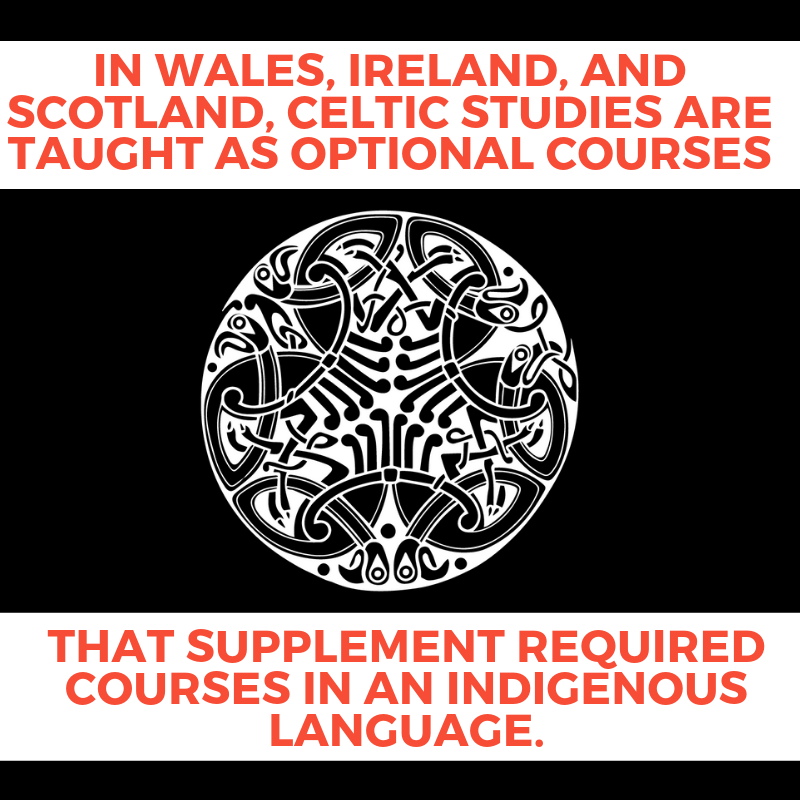 Additionally, many students seeking advanced education in Celtic studies actually gain admission to Ph.D. programs to gain their master’s. This is called an “en route” master’s and is typically awarded 2 years into a Ph.D. program upon the completion of a master’s thesis.

Many master’s programs are interdisciplinary, and may allow students to construct a degree from disciplines as wide ranging as:

Additionally, many of the courses listed for the bachelor’s degree are also available within master’s level programs, but they are presented in a more advanced form.

Finally, doctoral programs in Celtic studies present students with a doctor of philosophy (Ph.D.) degree in the subject. Ph.D.’s are research doctorates, meaning that their two primary goals are to prepare students to be the next generation of educators on the topic at the higher education levels, and they are meant to support students in performing original research.

The original research, and often the largest — by time — component within a Ph.D. primarily comes in the form of a dissertation. Dissertations are often hundreds of pages (up to the size of a book) and contain original research performed by the doctoral candidate. When the dissertation is deemed complete, students “defend” their dissertation in front of a panel of peer scholars.

While there are undoubtedly courses related to or that could be part of a Celtic Studies program offered online, there are not any full degrees in the topic that we are aware of. As a niche primarily humanities program type, only a handful of schools offer the degree type. Many of these schools are among the very best in the nation and provide research degrees that rely on being face-to-face with fellow scholars.

Though there may not be any Celtic studies programs today, in all likelihood it’s just a matter of time before programs are released. Additionally, a number of universities located in Celtic regions including Wales, Scotland, and Ireland do offer online courses on their native languages. So even if you may not be able to complete an entire degree program online, you can in all likelhood increase your understanding of the subject matter via online delivery.

Additionally, a handful of MOOCs (massive open online courses) delve into topics related to Arthurian legends, ancient Celtic languages, and medieval Celtic Europe. These courses can often provide access to world class scholars on a given subject matter. Though these are not for credit.

How Do I Gain Admissions To a Celtic Studies Degree Program? 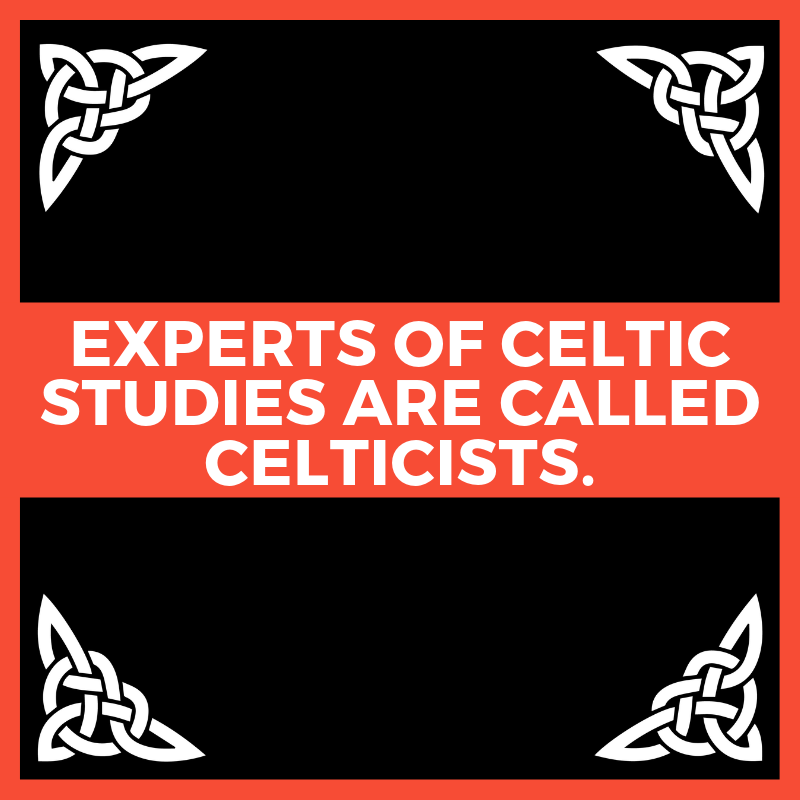 Celtic Studies programs are available at the bachelor’s, master’s, and doctoral levels. Admissions to these degree programs typically mirror requirements for other social science and humanities degrees.

At the bachelor’s level, students typically must gain entrance to the undergraduate college or arts and sciences within a university. This is similar to the admission process for most degrees. And commonly requires the following documents:

Celtic studies degrees are offered by some of the most prestigious universities in the world. And as such, admission to undergraduate programs in the discipline can be quite competitive.

At the master’s level, students may seek either a terminal (stand alone) master’s degree, or a master’s degree “en route” to a doctoral degree. If students are seeking an en route master’s, then they actually gain admission to a Ph.D. program to obtain their master’s.

For terminal master’s degree programs, students are commonly required to take the GRE, which is the standard entrance exam for most arts and sciences at the graduate level. As master’s students also begin to specialize in their course of study more, it is also important to ensure that the research areas of professors within the program match you own. 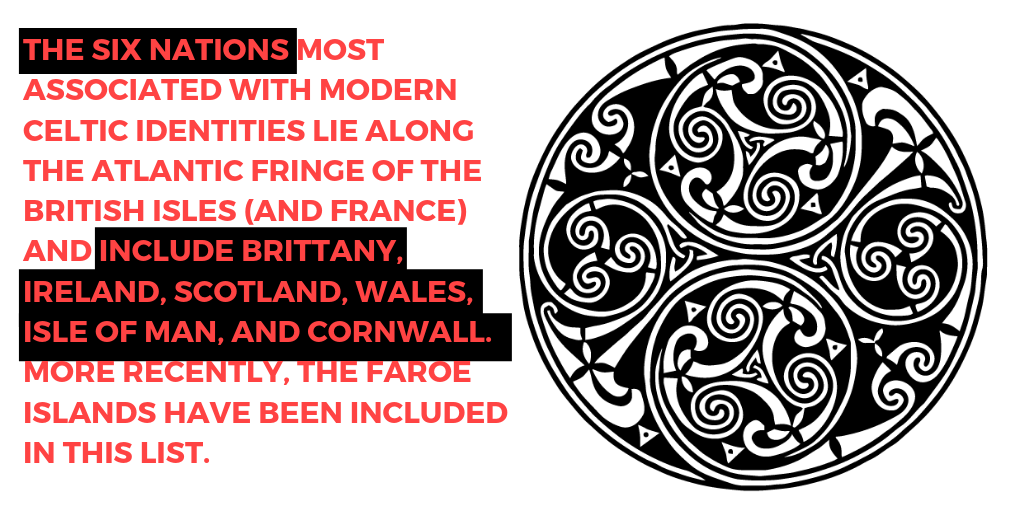 For Ph.D. program admissions, students are often required to find a professor they can study under. This professor is commonly a mentor through the program’s original research. And students will often help with the research of their mentor. For this reason, it is important to look through the faculty and their study areas at the Ph.D. level. Find a faculty member whose interests align with what you would like to study and contact them in advance to ensure they are “accepting students.”

What Can I Do With a Celtic Studies Degree?

Celtic studies degrees are similar to a range of social science and humanities degrees in that the job they specifically prepare you for is that of researching or teaching Celtic studies. With that said, as with similar social science and humanities degrees, the skills you gain in reading, writing, communication, breaking down complex concepts, researching, logic, and more are invaluable in many roles.

All of that is to say that while we will cover some careers that are the most obviously connected to Celtic studies, there are a wide range of things you can do with a Celtic studies degree (even if you might need to re-tool a bit to get into another career path).

Celtic studies professors differ in their job responsibilities often according to the type of college or university they are a part of. Some institutions of higher education push for professors to perform original research and publish papers. Others focus on the teaching of students, and professors may have higher course loads.

While social science and humanities professor salaries vary widely (particularly when including adjunct instructor roles), the average salary for a tenure track position in this discipline is currently $97,930.

Though the duties of translators depend on their location of work, some common tasks within the discipline can be providing live translation during a conversation, translating static documents, translating historical documents, as well as leading tours or aiding those who are travelling abroad.

The average salary of translators is presently $45,000.

Celtic nations have a long lineage of literature. Additionally, Celtic-like nations (real and imagined) are the fodder for many realms of the imagination entered into by writers every day. Authors may find Celtic studies to be a great backdrop for fiction or non-fiction accounts of this historically rich region. The likes of Tolkein utilized Welsh when coming up with his famous Elvish tongue in the Lord of the Rings. And many fantasy series inhabit universes similar to ancient Pagan Europe.

While authors are commonly self-employed, and rely on their ability to connect with audiences and tell a good tale, the average earnings of authors is presently $55,420.

Celtic culture and history has captivated audiences around the world. Tour guides with deep insight into the world of the Celtic nations may find themselves in high demand. Tour guides may work for a travel company, or in today’s digital age present online offerings. Though commonly tour guides are self employed and live and work in a region in which they have historical knowledge.

Every corner of the Earth has target demographics for marketers, Celtic nations are no different. Those with in-depth understanding of the history, language, and preferences of the Celtic people may find themselves in demand among companies that run marketing campaigns directed at these locations.

Roles of this sort may involve translating documents into the native tongue, providing international marketing teams with insight into preferences of a people group, as well as routine, non-Celtic-focused marketing tasks.

There are many marketing roles, each with different salaries. Though many in digital marketing roles can expect to earn between $60,000 and $120,000.

Finally, diplomats and governmental workers with internationally-facing positions work in governmental settings around the world. Most large nations have established some sort of formal relationship with the Celtic locations. Holding an in-depth understanding of Celtic culture, history, and language could be necessary for specialized roles in diplomacy, intelligence, and other governmental settings.