What Degree Do I Need to Become a Translator?

When people speak different languages, they may have a hard time expressing their thoughts and feelings effectively or understanding each others’ communication. Translators and interpreters help people overcome these language barriers by using their thorough knowledge of two different languages to convert messages expressed in one language to equivalent meanings in the other language. In other words, translators help people grasp what is being said – out loud or in writing – in languages they don’t understand.

Translators work in the private, public and nonprofit sectors. Nearly 30 percent of translators and interpreters are self-employed, according to the United States Bureau of Labor Statistics (BLS). Translators are a necessity in agencies within the legal system and the government, including motor vehicle departments, offices of Social Security and Human Service and all levels of courts and prison systems. However, translators and interpreters often work for private companies, too, especially in the professional, scientific and technical services industry.

If you think you want to be a translator, you’re going to need to be fluent in the languages you are translating messages between. The chances are good that you will also need a college degree.

Strictly speaking, the single most important quality translators and interpreters must have is language proficiency. If you grew up speaking more than one language, whether because you come from a multilingual home or because you excelled in language studies during elementary and secondary school, you may have this quality before you even get to the point of applying to college. A degree may seem unnecessary when you already have the fluency of a native speaker without ever setting foot on a college campus.

Given these realities, it might surprise you to learn that the vast majority of translators and interpreters – more than 80 percent – report having a college degree, according to O*NET. A bachelor’s degree was the most common level of education reported, accounting for 55 percent of the field, while 28 percent of translators and interpreters reported having a master’s degree. You can choose to move forward with a translator job search without earning a college degree, but there will likely be a lot of competition for the best jobs, and most of the other applicants will probably have the degree that you are lacking. The prevalence of college degrees in this career field makes translator schooling important, even if only for the purposes of keeping up with the competition.

Only about 8 percent of all translators and interpreters reported having only a high school diploma, according to O*NET. 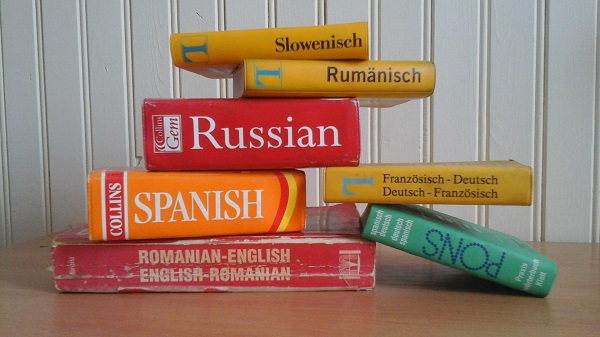 What to Major in to Become a Translator

The most popular majors for aspiring translators include translation and interpreting, foreign language and culture, English and linguistics. However, a bachelor’s degree in any subject area could help you on the path to becoming a translator, provided that you have the foreign language knowledge needed for the career field.

What Degree Do I Need to Be an Interpreter?

People are often confused about the difference between a translator and an interpreter. These job roles are very closely related, and the preparation required for them is generally the same.

A translator focuses on translating written texts and documents, while an interpreter focuses on translating spoken language. Earning a bachelor’s degree is a great place to start your preparation for either career path. Although interpreting spoken language requires slightly different skills than translating written documents, a curriculum that works for one of these professions will likely work similarly well for the other. If you take coursework in translation and interpreting specifically, you’re likely to find that the program of study covers certain courses that are specific to interpreting, such as skills in simultaneous interpretation, consecutive interpretation and sight translation. However, if you want to gain more proficiency in interpreting specifically, you could look for a certificate program in interpretation studies.

Majoring in Translation and Interpreting

Majoring in a Foreign Language

Not all translators have fully mastered their languages before starting college. If you’re still working on developing language proficiency, or if you want to add yet another language to your repertoire, you might select a foreign language as your college major. Majoring in a foreign language typically requires the completion of introductory through advanced language studies that cover both written and spoken language mastery. To truly understand the language beyond grammar and syntax, foreign language students will frequently take courses in cultural studies, literary studies, linguistic studies and other aspects of the culture or cultures in which that language is primarily spoken. Many foreign language programs include some sort of study abroad experience in which the student has the opportunity to practice their language skills by spending time in a foreign country and immersing themselves in another cultural experience.

Which foreign language is the best one to study? The answer honestly depends on your reasons for majoring in language. Naturally, you will want to choose a language that is spoken by a significantly large group, preferably one that makes sense for the area in which you intend to live and work. For example, you might choose to learn a language that is widely spoken in your neighborhood or that has some special connection to your family history or a culture you adore. The foreign languages that students studied at the highest rates in 2016, according to the Modern Language Association, included Spanish, French, American Sign Language, German, Japanese, Italian, Chinese, Arabic and Latin.

In the United States, most translators and interpreters convert messages expressed in other languages to English, although that isn’t always the case. As such, having a comprehensive grasp of the fundamentals of the English language, grammar conventions, connotations and more is helpful for American translators. Majoring in English will certainly help you improve your command of the English language and your overall communication skills, including skills in reading, writing and public speaking. Most English majors spend a lot of their education reading and critiquing literature from different time periods and literary movements. You might also have the opportunity to explore the theories and practices of creative writing or professional writing and communications.

Undergraduate linguistics coursework may include sentential structure, semantics and pragmatics, the sounds systems of languages, accents and dialects, morphology, sociolinguistics, the philosophy of language, speech science and communication disorders. Courses that may be particularly valuable to aspiring translators and interpreters include second language acquisition, crosslinguistic approaches to language acquisition, bilingualism, interrupted acquisition and language attrition, and the history and structure of different languages.

Perhaps you have a specific area in mind in which you want to be a translator or interpreter. In this case – and in addition to (not instead of) gaining advanced proficiency in at least the two languages you intend to translate between – you might choose to major in that area.

For example, maybe you’re bilingual, and you also have a passion for science. You could absolutely put your language skills to work in a position in the scientific industry, such as in a laboratory or the research and development division of a company, and having a thorough background in science yourself can facilitate this career path. The same is true of many other areas. If you aspire to be an interpreter who deals with foreign diplomats, studying international relations or political science may make sense. Students who would like to work as theatre interpreters may opt to major in theatre and the performing arts. You might major in literature if your goal is to translate books and poems into other languages or in law enforcement or national security if you want to work for a federal agency that deals in these areas.

As long as you develop the required level of high proficiency in the languages you would like to translate, any major could suffice, including studies in the liberal arts, the humanities, the arts, business, engineering or the natural, physical and social sciences.

Preparing for Your Career With a Translator’s Course

The curriculum of a traditional college major isn’t your only option for preparing to be a translator or interpreter. You can also take other types of courses and programs designed to prepare you to for the translator or interpreter profession. For example, more than a dozen institutions that are members of the American Translators Association offer translation and interpreting courses. Completing one of these programs or otherwise earning a certificate in professional translation and interpreting can help bridge the gap between being personally fluent in your languages and being prepared for the work of translating or interpreting as a profession.

Translation courses and certificates are shorter and less comprehensive programs of study than bachelor’s or master’s degrees, and many can be completed in a year or less.

What to Expect With a Translator’s Degree

To get the most out of your translator career, you’re not going to want to stop your career preparation at earning a bachelor’s degree. It’s a good idea to seek professional credentials like the following:

These credentials can give you an even bigger career boost in an occupation where the job outlook is already positive.

A lot of employers need skilled professionals in translation and interpreting. In many situations, the services of a translator aren’t merely nice to have. They’re required by law.

The Title VI 1964 Civil Rights Act, which is the legal foundation for providing language services in Government agencies, states:

No person in the United States shall, on the ground of race, color, or national origin, be excluded from participation in, be denied the benefits of, or be subjected to discrimination under any program or activity receiving federal financial assistance.

This law explains why limited English proficient (LEP) patients are given the right to language assistance in non-profit healthcare facilities as well as the Department of Health and Human Services. Having this law on the books is good news for translators interested in working within these agencies, as work can almost always be found. Outside of government agencies, nonprofit organizations and for-profit companies may also choose to seek the services of translators and interpreters for the purposes of proving their commitment to inclusion and accessibility. Translators might work for a private or public company offering in-person, telephone or written services, and their work arrangement may be that of an employee or an independent contractor (freelancer).

What Can I Do With a Foreign Language and Culture Degree?

How to Learn a Foreign Language