What Can I Do With a Philosophy Degree?

Philosophy is one of the most ancient arts and sciences that has — historically — centered around it’s literal name: ‘philos’ (love of), ‘sophia’ (wisdom). In the ancient world, this love of wisdom was not separated into competing arts and sciences. Philosophy included natural sciences, ethics, religious discussion, the arts, and more.

In the modern world, philosophy still tackles questions related to all these disciplines. But instead of dealing with specifics within any one field, philosophy deals with more general and fundamental questions.

For example, while a scientist may wonder ‘what colors can a fish see,’ a philosopher of science may wonder ‘how could we ever truly know about the perception of a fish?’ 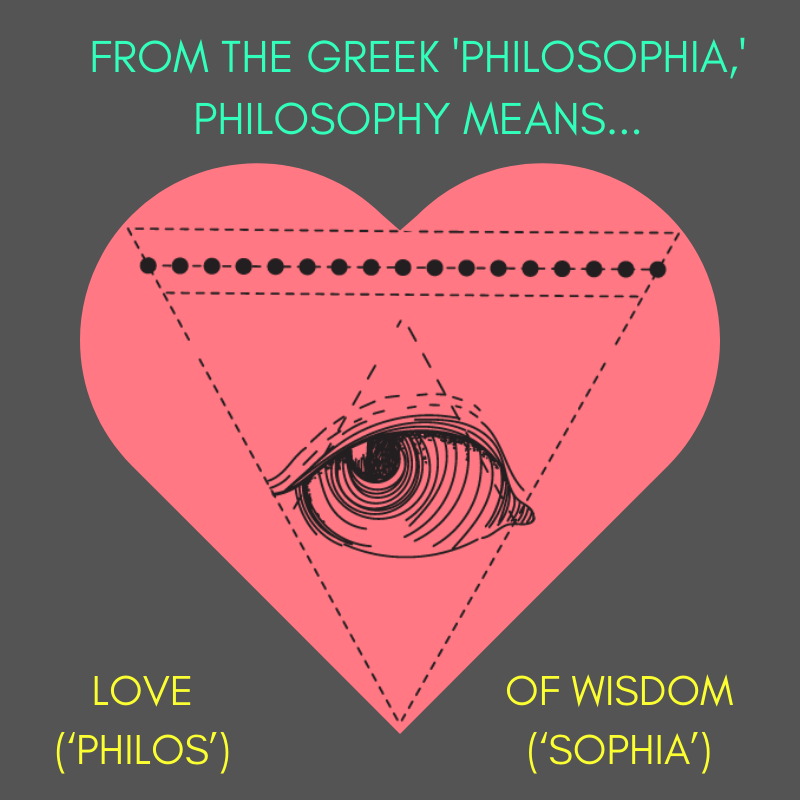 A unique breed, philosophers explore the abstractions and logical forms that underlie our most basic beliefs. While other disciplines may deal more in “how” a job-centered task gets done, those with a philosophical bent often wrestle with harder questions that inform what we should do, or whether our fundamental assumptions within a field are correct.

Philosophy is at times labelled a “useless” degree, because it does not directly focus on vocational or applied skills. But besides actual jobs in philosophy, philosophy degrees actually have one of the best track records for preparing students for graduate school, teaching students to read, write, and argue, and producing precise thinkers.

While many philosophy graduates may need to “catch up” with more job-centered skills upon graduation, over the length of a career philosophy majors have some of the highest earnings of all majors and are one of the highest-scoring majors on graduate admissions tests.

If you find yourself wondering about some of the most fundamental questions, over whether our assumptions are right, or we can really know what we think we do, philosophy may be a natural subject for you. If you’ve wondered what you can do with a philosophy degree, as well as what exactly is studied within a philosophy degree, scroll down to learn more.

Don’t see what you’re looking for? Be sure to check out DegreeQuery’s related coverage on the following topics:

What Philosophy Degrees Are Available? 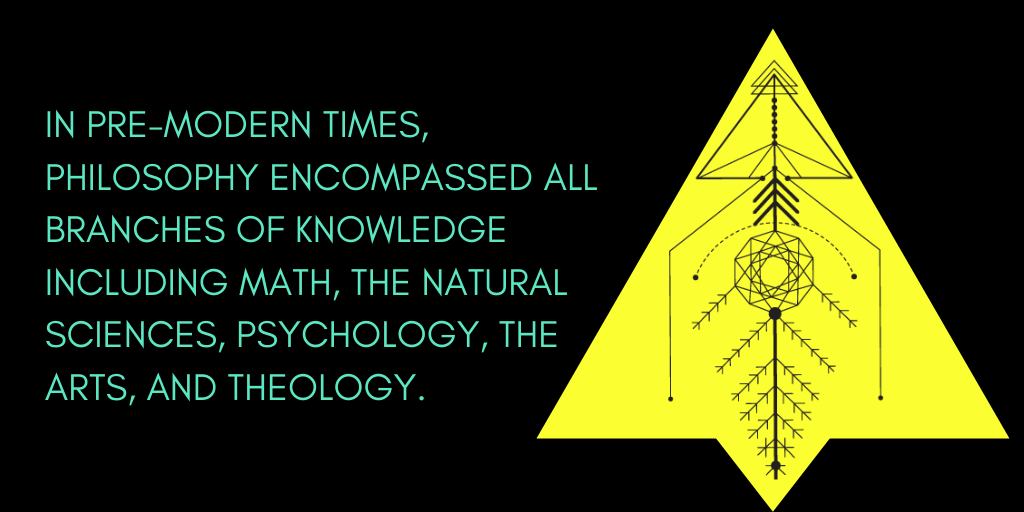 At the associate’s degree, students will typically take courses worth 60 credit hours over the course of around 2 years. Students will first endeavor upon courses that cover general education requirements.

Once students have completed their general education requirements, they will begin to take major courses. Typically there is a major core as well as the choice of some electives. At the associates-level, philosophy major courses are largely comprised of the major core. At higher degree levels, however, students begin to be able to tailor their degree to a greater extent.

As philosophy at the associates level does not prepare you for any one job, but rather for continuing your studies in this or another discipline, many associates in philosophy programs are “transfer” associates. This means that students within the program will gain automatic admission to a four-year program upon their completion of the associates and the meeting of certain conditions. 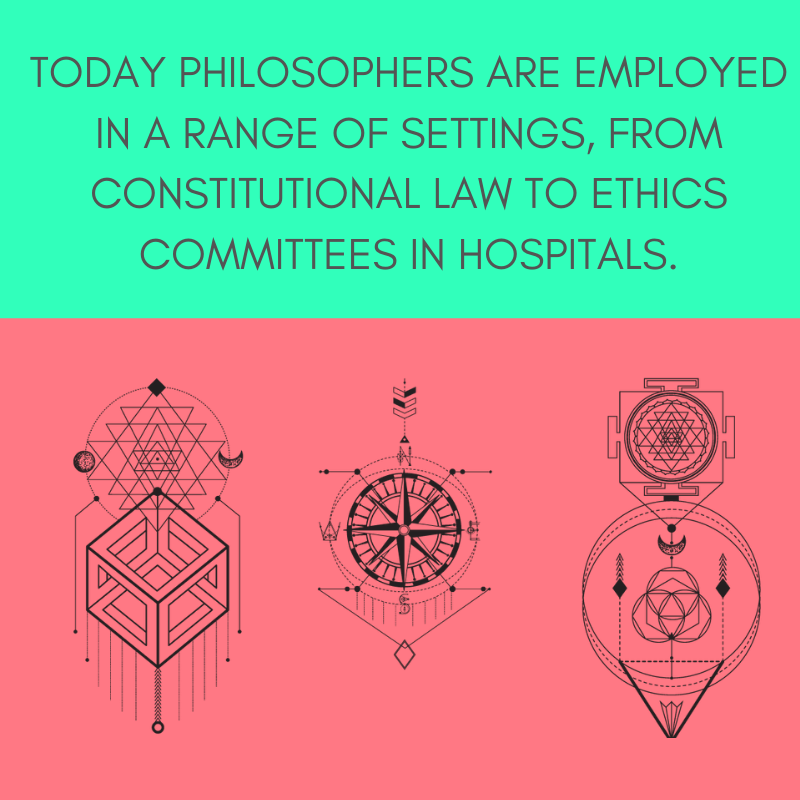 As with other graduate degrees, philosophy bachelor’s typically require 120 credit hours for completion (a task that typically takes 4 years of study). Bachelor’s degrees typically offer much greater opportunities to customize your studies, with many electives offered. As philosophy is a part of the broader study of western civilization, history, and history of ideas, students may often choose to augment their studies with courses in related disciplines as well.

While not every program will require one, many philosophy degree programs require the completion of a thesis or large research project towards the end of the program. In some programs, students will “defend” their thesis in front of peers.

While no two programs offer the exact same curricula, students in bachelor of philosophy degrees will likely have the option to take many of the following courses:

Additionally, some degree programs will allow students to create custom degrees that couple philosophy with related disciplines. Examples include:

Master’s degrees in philosophy typically take two formats. Traditionally the most common form of master’s in philosopy was an “en route” master’s in which students are admitted to a doctoral program and receive their master’s part way through their course of study. This was historically the primary way in which students achieved master’s degrees due to the prominence of doctoral degrees. Among professional philosophers, a doctoral degree is typically required to gain a teaching position. 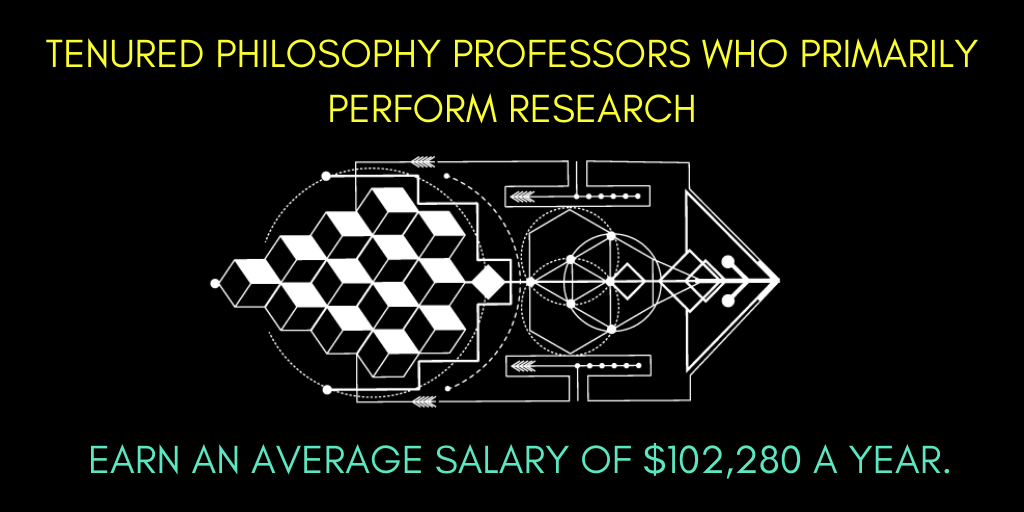 In recent years, a number of “terminal master’s” have begun to crop up. These are master’s degrees that do not have a built in connection to a doctoral degree. While many students may use a terminal degree to later transfer into a doctoral program, there’s no necessary connection.

While terminal master’s are not exceedingly common in philosophy programs, they are a great option for students who are trying to discern if they would like to pursue the academic discipline of philosophy further. Additionally, students wanting to gain admission to top-tier doctoral programs yet with less than steller undergraduate grades may find themselves able to “bridge the gap” with a master’s degree.

Both terminal and en route masters degrees typically require two years of study. These programs typically culminate in a thesis on an areas the student would like to specialize in. A thesis is generally around 100 pages of written work that summarizes the current state of a field of study. Students show the ability to understand and negotiate different view points of professional thinkers. And they arrange the work of others into an argument of their own. One difference between a thesis and a doctoral dissertation, however, is that a thesis is not considered original research like a dissertation. 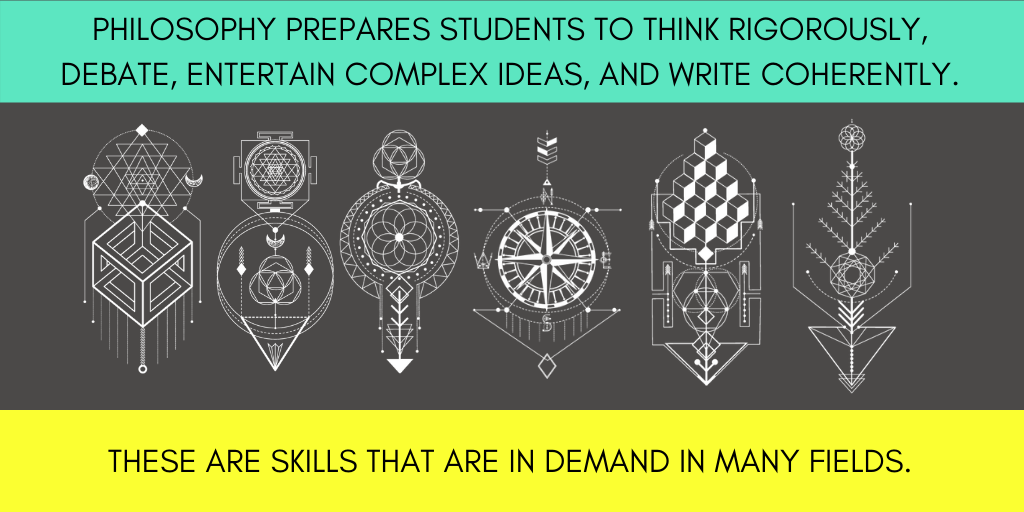 Students typically begin to specialize in one area of philosophy in their master’s. For a list of specialization areas, skip to the next section.

Finally, doctoral degrees in philosophy typically come in one form, a doctor of philosophy (Ph.D.) in philosophy. Ph.D.’s are research doctorates, meaning that two of the primary aims of the program are (1) to prepare graduates to teach at the university level, and (2) to support original research in the form of a dissertation.

All successful Ph.D. candidates submit and defend a dissertation. Dissertations are several hundred page documents of original research. In theory, dissertations should be publishable in a peer reviewed journal. Not all are, but they are expected to be of this quality.

What Focus Areas Are There in Philosophy?

Historically, philosophy has been one of the liberal art degrees least available online. In all likelihood when you think of a student of philosophy, you think of them debating in a spirited way around a small lecture table, or poring over books in the library. By and large these images have been the reality of philosophy students, and still are. Many of the best liberal arts schools in the nation do not offer online degrees. 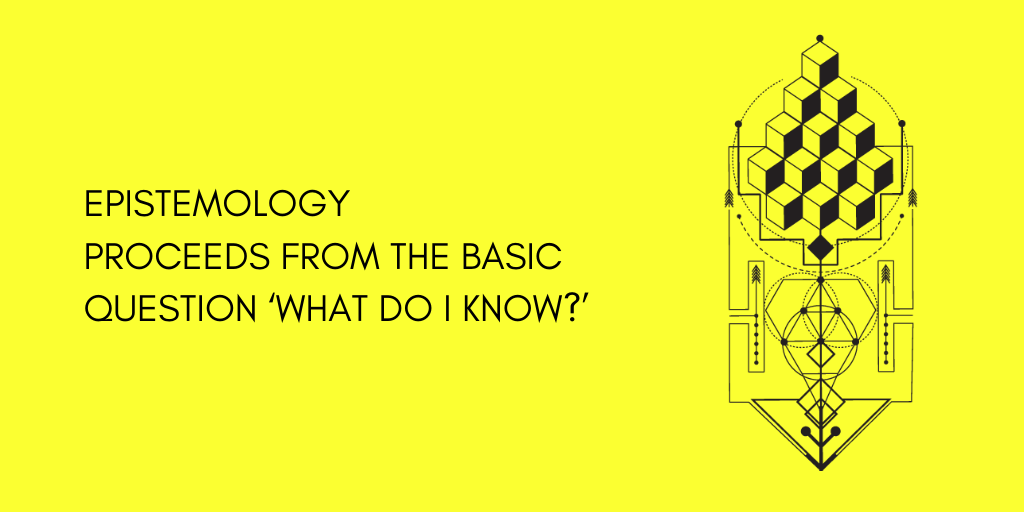 With that said, more and more schools are opening up the entire range of their degrees to online delivery. And unlike degrees that require hands-on laboratories, there is no reason why philosophy can’t be taken online.

In short, you can find philosophy degrees of every level online, though not nearly as many programs are available online as in person.

The study of epistemology seeks to answer questions on what and how we can know things. Meaning “theory of knowledge,” epistemological thinkers seek to examine methods for discerning what is knowledge, whether or not given pieces of knowledge are valid, and the scope in which we can be said to say we know something.

The study of ethics has fascinated thinkers (and most everyone) from the dawn of civilization. Ethics deals with questions such as ‘what is good,’ ‘how do we live a good life,’ and ‘what does a good society look like?’ Over time, specialized branches of ethics have spawned thought integral to race relations, ethical medical treatment, whether war is justifiable or not, and treatment of the environment. 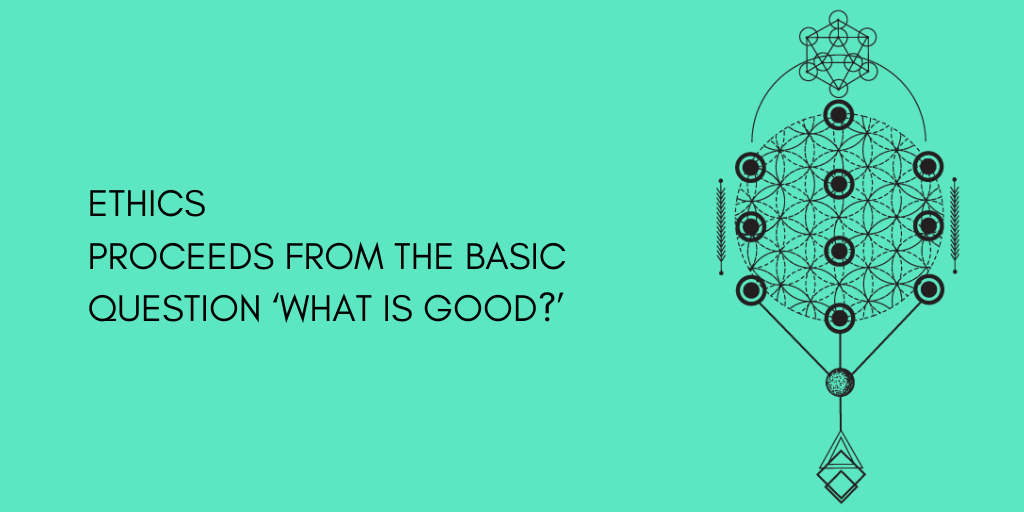 The study of logic focuses on showing and exploring “how” you know something. Logical explorations in philosophy range from mathematical proofs (formal logic) to discussions that provide the bedrock for game theory, to less formal logic such as how many individuals routinely participate in arguments and the proving of points.

The study of aesthetics seeks to expound on what is beautiful. While people can point to what they find beautiful, what is it about what they perceive that is essential to beauty. This branch of philosophy seeks to outline and trace forms of art, relationship, and life itself that seem to approach some transcendent level of beauty. 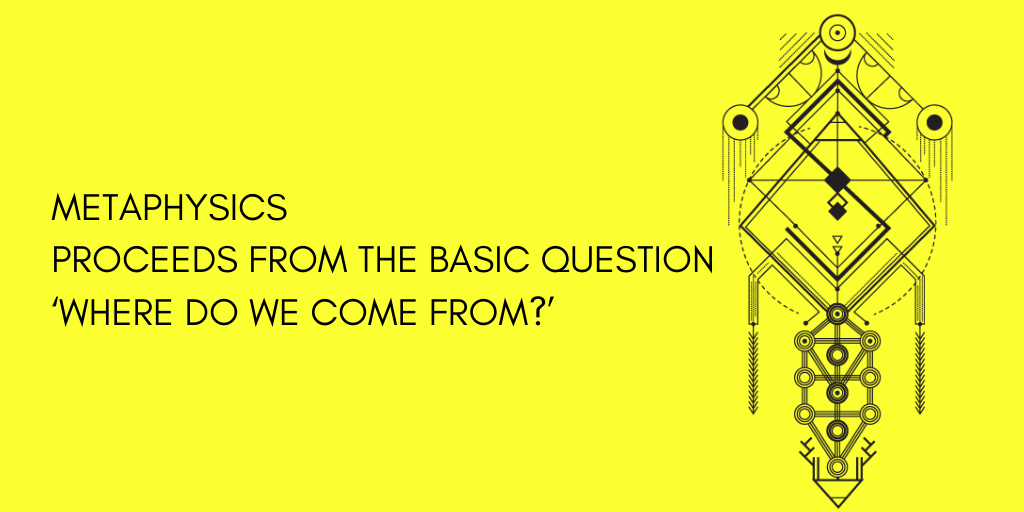 The study of political philosophy focuses on how we should act collectively. This branch of philosophy seeks rationales for why one form of government may be better than another as well as helping to produce concepts by which governments may be improved.

What Can I Do With a Philosophy Degree?

We should start by saying that there are many, many things one can do with a philosophy degree. Many politicians, religious leaders, and CEOs have all studied philosophy. Many of the world’s most lauded scientists have well considered the fundamental underpinnings of their craft. And many of the world’s finest artists would also call themselves philosophers.

With that said, the academic study of philosophy most directly prepares students to be professors of philosophy. This is particularly true for students at the doctoral level, which is generally the entry point for teaching philosophy at the university level. 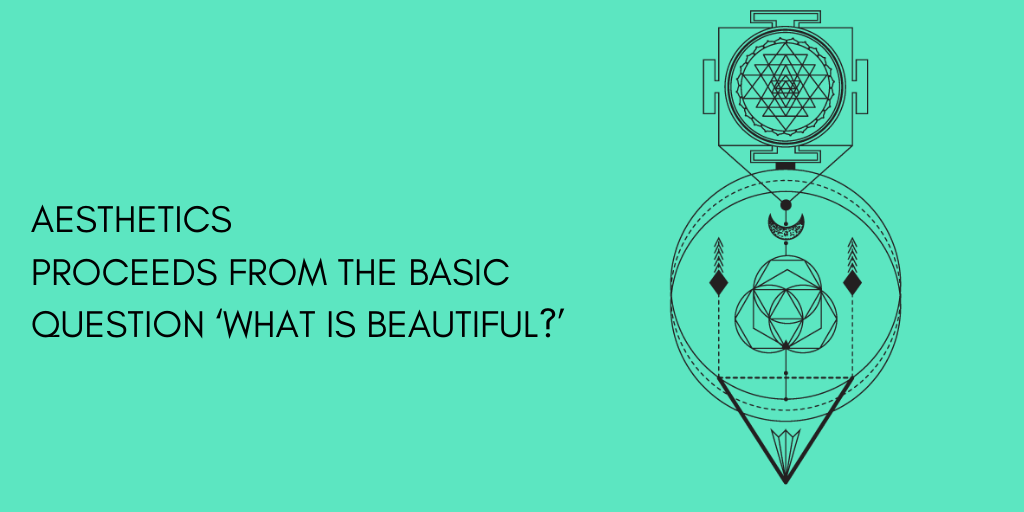 Most philosophy professors do end up teaching a substantial load of courses. Philosophy is most commonly taught at the bachelor’s level. And many students elect to take at least one philosophy course as a general education requirement. Philosophers working at more research-centered institutions may spend a great deal of their time researching or helping graduate students with research.

As with other humanities disciplines, the present state of academia does not support a huge number of tenure track positions. Tenure ensures that professors can research as they wish without fear of retribution. And also often comes with higher pay. For that reason we’ll divide the average salary of philosophy professors into two categories. For tenured philosophy professors the average salary is $71,620. For non-tenured lecturers, this number can drop close to $30,000 a year depending on course load. Finally, for professors at top tier universities, as well as research professors, salaries above $100,000 a year are common.

For philosophy graduates who can’t find a tenure-track position in philosophy, or wish to teach at another level, philosophy degrees can be great preparation for becoming a teacher in one of the other liberal arts. Many philosophy degrees provide a strong back drop through which to understand general cultural trends as well as the history of thought. The history of thought is integrally tied to the understanding of most other disciplines within the humanities. 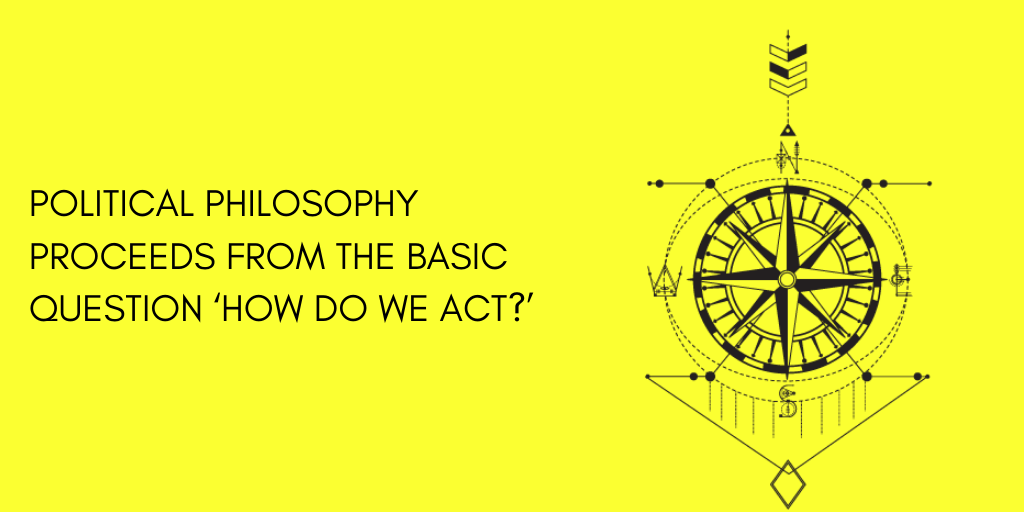 If you have a calling, philosophy degrees can be great preparation for entering training to join the clergy as a priest or minister. Philosophy hones many of the same close reading, abstract thinking, and communication skills that are sought in clergy members (and can help you excel in theology school).

Clergy members work in a wide variety of Christian denominations. Similar positions are available within all of the major religions, though may have different restrictions for entry.

The average salary for a Christian minister in America is $49,978, though this number varies widely depending on the size of the church being ministered to.

While earnings vary widely depending on the location of your legal work and what type of law you may practice, lawyers make an average salary of $141,890.

Don’t see what you’re looking for? Be sure to check out DegreeQuery’s related coverage on the following topics: