Do I Need a Master’s Degree or Doctorate to Get a Job at NASA? 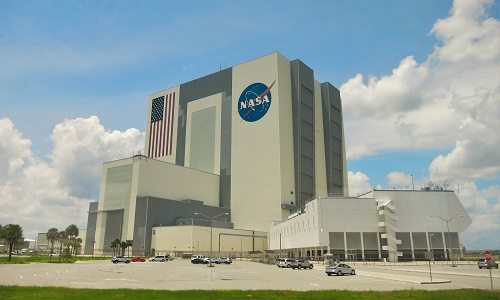 If you’re wondering whether you have to go to graduate school to prepare for a space career with the National Aeronautics and Space Administration (NASA), the answer is more complex than you might think. There are a variety of degree paths to a career in space exploration. Some of NASA’s more than 17,000 employees have doctoral degrees, but others have only associate’s degrees or no college education at all, according to the United States Bureau of Labor Statistics (BLS). Whether or not you need a master’s or doctoral degree depends on what kind of job you want to hold. NASA scientists need the most advanced education, while technicians typically need the least amount of college studies.

Astronomy is the study of celestial bodies like planets and stars. Physics is the study of matter, with plasma physicists focusing specifically on a type of matter called plasma that is found in space. In a doctoral degree program in either of these two related fields of science, students take courses in calculus, statistics, linear algebra, computer science, advanced physics or astronomy and a subfield of the discipline that most appeals to them, the BLS reported.

NASA Jobs You Can Get With a Bachelor’s Degree

A surprising number of roles at NASA require only an undergraduate degree. Astronauts, for example, must have a bachelor’s degree in physical science, biological science, computer science, math or engineering.

Atmospheric scientists, like meteorologists, can also start their NASA careers with an undergraduate degree. The various types of engineers employed by NASA – including aerospace engineers, computer engineers, electronics engineers and mechanical engineers – typically need a bachelor’s degree in their respective discipline.

Not every employee who works for NASA works in a science capacity. The government space exploration program also employs professionals in the field of media and communications. The technical writers, public relations specialists and video producers who work for NASA typically need a bachelor’s degree in a communications field.

Some important NASA roles don’t even require a full four years of study. The technicians who assist scientists and engineers with spacecraft design and testing, weather data collecting and mechanical installation and repair often need just an associate’s degree. In these roles, technical skills are more important than academic research and study. Often, technicians prepare for their careers by earning a degree from a community college or technical school.

There are even some NASA roles, such as photographer, that might not require a formal college education at all. However, keep in mind that a lot of people aspire to work in space exploration. Having an educational background that goes beyond the minimum requirements may help you stand out from the competition for a NASA job. Ultimately, whether you should go back to school to earn another degree depends on what you want to do with your education, not just where you want to work.