Does Someone Who Studies Game Design Learn Skills That Translate to Other Types of Media? 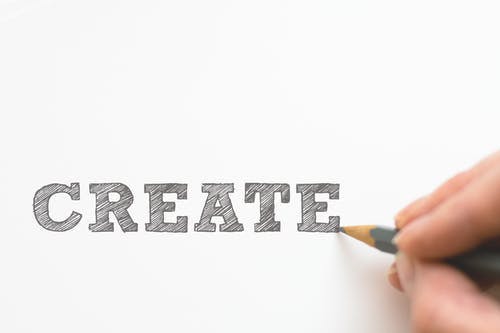 The video game industry often attracts people who love to play video games. To break into the industry, these gaming professionals will often study video game development or video game design in college. Many of them, especially those who attend colleges that have relationships with companies in the industry, have a good chance of getting hired in the entertainment industry. However, for some, the industry is difficult to break into, or they find themselves at a professional crossroads: They want to change industries but don’t know-how. Fortunately, studying video game design prepares a person for several careers in other media and even other industries.

What Do They Study?

Some game design programs focus intensely on the game design specifically, while others offer a much broader scope of classes, including cybersecurity. While much of the coursework centers on the same skills, there are some deviations, depending on the program. This stems from the degree program’s emphasis. Some video game-related degrees concentrate more on game development while others emphasize game design. These careers are not the same, according to Northeastern University, which may cause some confusion. Even in the video game industry, the two terms get used interchangeably. Therefore, it’s important to learn the distinction between these two academic tracks to see what other kinds of jobs this degree can prepare students for.

Specifically, video game developers have to learn the following computer programming languages: C++, Java, HTML, Python and JavaScript, according to Ubuntupit. These are computer languages that many industries, not just the video game industry uses.

The people who work on this side of video game production create video game characters. They might also work as storyboard artists, concept artists, animators and story writers. While they may have some familiarity with the programs that game developers use to do develop video games, game designers typically don’t get involved with the programming side of things.

Designers are often more classically trained in the arts, meaning that their degree program requirements might include classes in traditional forms of art, such as painting and drawing. They could find themselves in the theater department learning about set design or mask making, skills which will later allow them to envision the worlds that the video games take place in.

Now that a difference between game design and game development has been established, it’s possible to have a look at the different careers that a video game degree can lead to. According to the Savannah College of Art and Design, people who get this degree may become web developers, which means they might get jobs in web development outside of the video game industry. They also could become social media developers.

Additionally, people who studied the programming side of game development would also be welcome in companies that deal with UX/UI. Companies that need these workers to develop mobile apps, web properties and interactive software for every industry, including the military.

Depending on the coursework these students took, they could also work as animators, character artists, concept artists, filmmakers or scriptwriters. Often video game degrees offer students a chance to either minor in a related field or require their students to take classes across disciplines. This could put them in classes in a school’s film, theater, art or English departments.

Breaking Into Other Industries

The ability to do this will rest on a couple of different factors. First, the video game professional (or would-be professional) should have a professional portfolio to show prospective employers. This demonstrates that this would-be employee has the skills to do the job he or she is applying for.

Along those same lines, it’s important to have a resume that emphasizes those skills and how the job seeker used them successfully. The resume may even include a list of the courses that the person took related to the job. Finally, it’s good to attend industry events regularly. This gives job seekers the chance to meet people in the industries they want to work in.

Despite how it may appear, getting a video game degree prepares a person for jobs in several media industries. These industries include web development, TV and film, social media and UX/UI. These degrees also prepare their students to work as artists, designers or writers for the entertainment industry. A video game professional’s skills can be used in many industries. Nowadays, video gaming technology is used in industries, like law, medicine, education and more.

It isn’t a question of whether or not this degree prepares its holder for more. It does. The problem is that many who have a degree in video games don’t realize how far the industry stretches. Not all video games are made for entertainment. Rather, they are made to educate, to simulate and to train. In this respect, those who hold degrees in video gaming can take their skills to other media outlets and even other industries altogether.

What is the Job Outlook for Game Designers?