What are the Best Programs for a 3D Modeler to Learn?

When it comes to popular programs for a 3D modeler, there is certainly an abundance of options that individuals from this sector can choose. After all, the possibilities only seem to be as limited as one’s imagination and ambitions. So, individuals working in this area should generally be able to find a niche and pursue it in as much depth as they please. Nonetheless, however, certain models of 3D modeling tend to be a bit more popular than the rest. So, what would be some of the most common programs that these professionals work with? In other words, what programs should they learn upon entering the workforce? 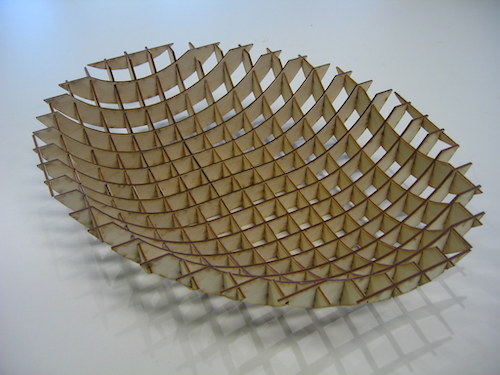 ZBrush is one of the most well-known options in the market when it comes to 3D printing. It recently published the 2019 version of its software that is sold under a licensing agreement. One of the perks with this program is the fact that modelers will not have to continuously pay monthly charges as most other programs require. Instead, they can obtain ZBrush for a one-time licensing fee of approximately $800. While it is a bit harder to fully understand in case of a brand new modeler who may not have a ton of professional experience, it is one of the most versatile solutions that will let people simultaneously sculpt, model, create UV maps, and even paint various textures.

Unlike ZBrush, Blender is free software that can be installed on both Mac and Windows as well. It is an open-source platform that will showcase its coding to those interested in the way that the back-end algorithms are set up. One of its most important strengths lies in creating 3D games and it is perfect for modelers who are looking to start their career in the gaming industry and lack the necessary capital to pay for pricey software. Moreover, the system is equipped with a powerful video editor and simulations accompanied by GPU and CPU rendering that has been deemed ultra-realistic by the vast majority of users.

While Lightwave 3D sells for almost $1,000, it is easily one of the most advanced platforms that can still help beginners learn their way around a professional modeling program. The way that it is designed is founded on simple segregation of duties where one app in the system is focused on building assets while the other handles layout. More precisely, one app’s priority is to model while the other one only deals with animation, textures, light, and similar. Additionally, an outstanding perk of Lightwave is the fact that it can be tested for a 30 days for free. At that point, those who can prove their student status will be able to buy the perpetual license for only $195, not $995.

As one of the most successful graphic developers in the world, MAXON has been a long-time German trendsetter that currently prides itself in a renowned software called Cinema 4D. It was released relatively recently and leverages the modelers’ ability to remain creative without having to sacrifice the simplicity of the design process. Some of the common projects that people complete using Cinema 4D range from basic motion graphics to high-level movies and games. As with the aforementioned option, users can test the software for 42 days. Also, there is a wide variety of software levels that can be acquired and those include the simplest “Release 20” model up to the hardcore “Studio R20” alternative. Therefore, individuals who know exactly what they will need to use the platform can easily avoid overspending.

According to one of the most reputable magazines in the industry, Format, even though Maya is usually going to be amongst the most expensive programs for a 3D modeler, there are multiple reasons why this is justified. The first one is the fact that it packs more power than most of the previously introduced options combined. Maya has been considered as the industry standard for CG for a long time now. The software offers state-of-the-art features that include topology, drawing, never-ending effects, a wide variety of brushes, sculpting, and more. However, Maya is not built for new modelers who have not been in the business before. The reason why is the fact that the extensive abilities of this platform are quite complex and take a decent amount of time to fully master. So, it is probably the right choice for someone who already has experience with other 3D modeling software and wants to upgrade to something that they will use for the rest of their life.

Fortunately, since most 3D modelers are going to want to become familiar with programs such as Maya, some easier alternatives will not require a prolonged period spent training. A perfect example would be Autodesk 3DS Max. Although the price remains the same as it was for Maya, which is approximately $222 per month, the learning curve here is much steeper. In translation, people will be able to navigate Autodesk 3DS Max a lot easier than they would have Maya. One clear downside, however, is the fact that this particular platform is only available on PCs. That means that people running any computer software outside of Windows will not be eligible to use it. Finally, there is a free trial that users can take advantage of before settling for a hefty monthly charge.

Naturally, not all modelers will be required to become familiar with all of the aforementioned software. This is because a few of the options listed are mutually exclusive and simply provide more variety in case one is looking to save time or money. Regardless, however, starting the research process with this list can be quite helpful as it will expose the creator to a ton of versatility. That should certainly make it easier to pinpoint the most fitting program for any 3D modeler based on their goals and skill level.

What Jobs Are There With A Degree in Animation/Visual Effects/Graphics?

What Is A Degree In Graphic Design?