What Jobs are Part of Motion Capture Movies? 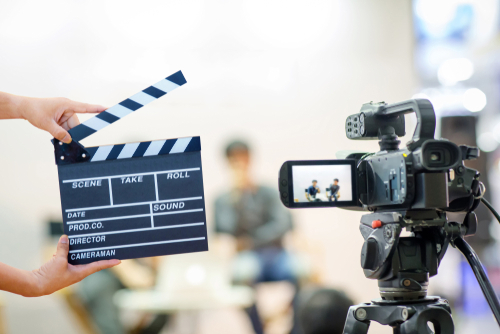 When three-dimensional, or 3D, animation came around, the opportunities seemed limitless. After all, introducing a third dimension to the creative process added an unprecedented change that made it a lot easier for artists to use their creativity. As with everything else, however, it was not long before even 3D projects started becoming obsolete.

While they continue to be one of the most dominant types of animations, three-dimensional deliverables have undergone an enormous evolution since they first came out. A great example would be motion capture software that completely revamped how creators make their characters or objects move.

Expectedly, some of the most realistic animations that were produced in the past few years were a direct byproduct of motion capture advancements. What exactly does someone who works in 3D do? What kind of jobs fall into the category of motion capture?

The Basics of Motion Capture

Motion capture is based on animating character and object movement by following real-life patterns. For example, if one wanted to depict their fictional character running somewhere, motion capturing would mean that they get an actual person to run first. Then, they use the necessary tools and technology to extract the exact physical behavior of that person.

Once they collect enough data, they implement the underlying patterns to the character to make their running look as realistic as possible. If someone saw an actor who was recording a scene with a full-body suit that had a ton of technology strapped to it, they probably witnessed the initial stages of motion capture.

According to Vicon, one of the leading providers of multimedia services, the number of opportunities that exist in motion capture is extremely high. Just consider the aforementioned fact that even actors serve as a part of the industry. Without them, it would be impossible to get the necessary movement that makes the deliverable look real.

The jobs that one should look for range from a technology specialist to a motion subject that performs the actual movements. That translates to several different opportunities that they can choose from, which increases the odds of getting hired.

Since technology is the backbone of motion capture, some of the most common jobs tie to technician roles. It is quite hard to predict the set of responsibilities, however, as it is directly related to the company and the software in question. A technician that works in the gaming industry, for instance, will do things that are completely different than a technician that handles engineering-based motion capture. The common denominators that one should expect to see include the following:

While the list goes on, especially for those who work in the entertainment industry, these are some of the most common expectations that employers who hire technicians will have.

Due to the increasing size of animated projects, motion capture has grown to become the primary tool of mass automation. For instance, when creators want to capture scenes with a high number of characters, animating every single individual or object might be quite tedious. Instead, they simply turn to a large group of people who undergo motion capture. Doing so helps them sidestep the monotonous tasks, which increases efficiency by eliminating the downtime.

This also means that there is an increasing need for production assistants who can oversee the motion capture. Just think about the process that must go into gathering dozens or hundreds of people in one location, dressing them all up in technology-packed bodysuits, and directing them to make appropriate movements at the right time. Project assistants will come in and help delegate some of the producers’ duties by leading people through the data capture stages.

After the motion capture technology is implemented and the movement data is collected, it is time to extract and copy it. This is where animators, visual editors, and producers will come in. Their job is to implement the movements on the characters in a way that seems realistic and fits the storyline.

While these jobs do not require physical labor like some of the previous ones, they are just as complicated and challenging. Just imagine the amount of work that has to go into navigating a large setting with many different characters while pairing all of them with the captured motion.

Ultimately, the only other role that is fairly common here ties to developers who create the necessary tools for motion capture. More specifically, they design the system that allows the animators to extract movement from actual humans and implement it on a fictional character that does not exist outside of the three-dimensional deliverable. If someone is interested in pursuing the said role, however, they will most likely undergo additional training and start by working in one of the other jobs mentioned here.