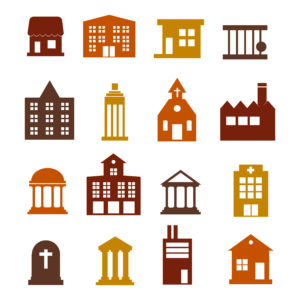 After deciding to become an animator, most people will begin the quest to find the schools that have the best animation programs. Since it is a field that requires highly specialized workers, the vast majority of the creators must have at least a bachelor’s degree. Although graduate studies are not mandatory, they can be quite helpful when it comes to increasing the earning potential and finding more opportunities. In terms of the basic animation degrees, which generally pertain to four-year programs, what would be some of the best programs in the United States?

How to Rank Institutions

Before analyzing the list of some noteworthy schools, let us evaluate how you should rank institutions that offer animation programs. According to U.S. News & World Report, some of the most important factors that should drive the rankings include:

While the same concept applies to animation degrees, there are some additional areas of consideration. For example, you should consider things like the school’s corporate partners and how many of them are animation companies as well as the professors’ experiences with multimedia artistry. If you are looking at an institution that has absolutely no ties to any animation companies and most professors never worked as digital creators, you should be skeptical. Finally, considering that the epicenter of the entertainment industry is on the West Coast, which is where Hollywood is, the vast majority of the top programs will be in California.

California Institute of the Arts

California Institute of the Arts was established in 1961, and it is the first school to offer degrees to students who wanted to specialize in digital arts. As the pioneer of the industry, it remains the most powerful and reputable institution in the nation. The average attendance is approximately 1,500 students and the school has 345 members of the academic staff. The faculty-to-student ratio usually falls below one to five.

The animation program, which is offered by the School of Film and Video, focuses on the computer-generated imagery, or CGI, animation software, design, modeling, layout processes, and more. Getting a bachelor’s degree requires four years of intensive studying. During that time, however, each student will be able to rely on their coursework to develop an astounding portfolio that can be used for further recruiting. Given how prominent the institution is, finding post-graduation work should be a mere formality given the countless opportunities in the local market.

Rhode Island School of Design, or RISD, is one of the few alternatives that are located on the other side of the country. With an average acceptance rate of 34 percent, it accepts just 10 percent more students than the California Institute of the Arts. According to the RISD, 2,051 undergraduate and 493 graduate students attended the program in 2018, and the school had one instructor for approximately every nine students. Regardless of the relatively small student body, RISD still managed to win a whopping total of 10 Macarthur Genius Awards.

Therefore, the school maintains a great relationship with a plethora of employers who are successful enough to set market trends.

Although finding a school that does not specialize in some form of art on the list of best animation programs is extremely uncommon, Ohio State University is a rare exception. With over 44,000 students who are attending undergraduate studies, it is undoubtedly the largest institution that an aspiring animator could go to. The acceptance rate, albeit much higher than the other two, is still somewhat competitive with only 54 percent of students gaining admission. Those who still decide to apply in spite of this, however, will have a chance to attend a beautiful, Columbus-based school that has been around for 150 years.

The school’s Department of Art is in charge of the animation program, and students who get accepted will get a chance to study three-dimensional modeling, internet art, moving image art, podcasting, and many other subjects that fall in the mandatory curriculum. As with all other options, it will take one an average of four years to graduate since the minimum requirements include 131 credit hours.

If the 54 percent acceptance rate from above seemed intimidating, then the University of Southern California’s rate will truly be mind-boggling. Although the school has over 18,500 undergraduate students, only 17 percent of all applicants are admitted. This is a perfect testament to the enormous number of people who apply to go here each year. After all, studying at California’s oldest private research university is certainly an accomplishment in itself.

Those who want to attend the animation program will apply to the John C. Hench Division of Animation and Digital Arts. The primary areas of focus revolve around two- and three-dimensional projects that incorporate visual effects, storytelling, stop motions, filmmaking, and similar. The application process differs based on the student’s classification and career goals. Those who have already spent some time elsewhere can apply as transfer students, which will allow them to maintain most, if not all, of their thus-far accomplishments.

Even though there are many other institutions, these four offer a great combination of very low and relatively high acceptance rates, geographical regions, and areas of study. Folks who want additional alternatives should consider:

Looking into any of these alternatives would be a great starting point for anyone interested in the field. It will also help you modify your expectations by getting a better idea of some of the best animation programs through former student reviews.