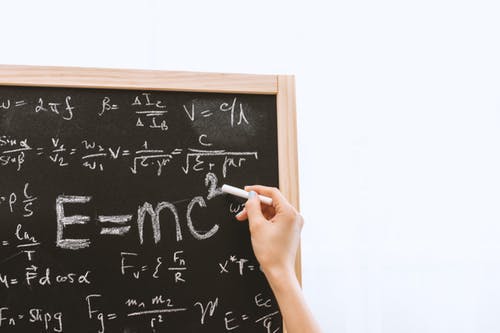 With over 73,000 active animators in the United States, a number that will continue to grow, the multimedia industry is continuously reaching new peaks. Thanks to projects such as the “Toy Story 4” and “The Lion King,” the number of people who are gaining interest in digital artistry is rising fast. Just consider the fact that these movies alone earned over $2.7 billion in less than three months, as per Forbes and Fox Business. Such unprecedented gross figures are seldom witnessed even in the regular movie industry, hence why it is so impressive that animated projects managed to reach it.

Given how lucrative the aforementioned examples are, it comes as no surprise that more and more creators want to join the animation field. However, unlike most other areas of multimedia artistry animating requires a slew of skills from many non-related fields. For instance, besides knowing how to utilize the software, creators also need to understand the fundamentals of everything from physics to human or animal anatomy. While such prerequisites may not sound too scary, there is one thing that forces many applicants to give up on their dreams – math.

When aspiring creators find out that they may need to possess mathematical skills to succeed in animation, they tend to get discouraged. The problem is that such beliefs are based on inaccurate data. So, just how much math does someone need to know to succeed in this industry? 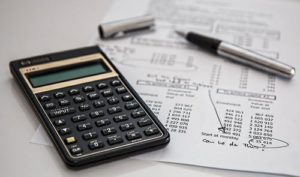 Contrary to popular belief, mathematics is not the most vital part of animating. Although saying that it is completely irrelevant would be a far-reaching statement, making such a claim would still be closer to the truth than the opposite. Courtesy of the advanced programs that the vast majority of animators rely on, the days when the brunt of the work was handled via advanced formulas and math-based algorithms are long gone.

Today, being a math genius who works in animating is the equivalent of being a genius pianist who works with all kinds of music. Just like the pianist’s talent will only come to light when they play the piano, animators’ excessive math knowledge will only help in a few areas of the job. Instead, having a firm grasp of physics and anatomy, per se, will be much more advantageous.

This is also why it would be inaccurate to say that math is unnecessary. After all, someone who does not know algebra, geometry, and calculus, or at least the basics of each, will struggle to master all the other elements of the job. Math is also responsible for some of the greatest animated projects ever made, according to The Verge.

When an animator creates a character their job is to make it as life-like as possible. Ironically enough, this does not mean that the character should look like an actual human. A life-like character is the one that exhibits human-like emotions, movements, and behavior patterns. Although “Toy Story 4” was based on cartoon figures, their movements and behavior patterns were a perfect depiction of the real people.

To achieve this, an animator must have an outstanding knowledge of physics, especially when it comes to Newton’s laws, gravity, concepts of energy, and motion. Possessing knowledge of those concepts will help animators create projects where the characters look like they are a part of the real world.

For example, when an animated figure jumps in the air and lands on the ground, the viewers will immediately correlate that with gravity. Since cartoon figures made on a computer have very little in common with gravity, however, such a simple idea can be quite tricky. First, the animator must know the approximate acceleration of the gravitational force. They subsequently need to consider the character’s weight. Finally, they need to make the jump and landing believable by editing details such as the character’s hair going up and down, hands moving with the body, and much more. Thus, while mathematical calculations are technically not needed, physics are mandatory for anyone who wants to make a realistic animation.

Learning Anatomy of the Human Body

As with physics, which requires a fair understanding of math, anatomy is one of the reasons why animators need to be capable of completing some basic calculations. Besides obeying the natural laws of the world, characters must also showcase normal movement patterns. For example, if “The Lion King” depicted lions who could bend their legs in every possible direction, the viewers would probably be extremely disappointed with how unrealistic the project is. Hence why some minimum knowledge of the human and animal body is required.

Most often animation schools do a great job of covering the most pertinent data that prospective creators need to know. This includes things like proper character development that falls within the lines of reasonableness with both human and animal anatomy. Fortunately, understanding the way that the body operates will not require a ton of math.

Beware of the Computer-Generated Imagery

Students that are not confident about their math skills should try to stay away from computer-generated imagery, also known as CGI. They need to stay far away from designing any editing programs. CGI is a combination of many visual effects that rely on software to improve the way that something looks; movies like The Avengers would not exist without them.

The tools that let people leverage CGI, however, demand an above-average knowledge of math as some in-depth programming tends to come up whenever complex editing takes place. So, anyone who is insecure about their math knowledge should probably keep as far away from CGI as possible.

Nonetheless, the fact that it is possible to work as an animator without extensive math knowledge stands. So, how much math should someone study? Animators must have a sufficient mathematical background. Depending on the field that the candidate enters, they should assess what type of projects they will work on. If the vast majority of them include mathematical computations, it may be time to start reviewing the math concepts or seek another field of animation.