Are There Online Programs that I Can Get a Degree in Animation? 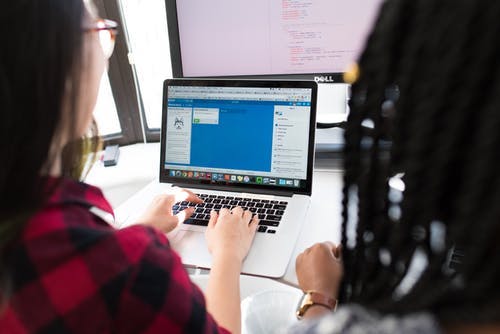 Since the industry has been growing for quite some time, online degrees in animation have slowly become one of the most common educational routes for prospective multimedia artists. Further paired with the outstanding job outlook, which the Bureau of Labor Statistics says is growing by four percent in the next 10 years, it is not shocking that people want to join the booming market.

Nonetheless, there is still a high number of students who are highly skeptical of online programs. Because they have not been around for a long time, many people are unaware of the fact that they can take classes online. When it comes to animation, however, is it fair to say that there are online programs where people can complete their degree plans? The answer is yes.

While they are still much less developed than face-to-face programs, online alternatives certainly exist. In the United States, for example, there are dozens of critically acclaimed institutions that offer animation coursework over the internet. So, someone who resides and works on the East Coast could easily apply and take classes through an online animation program that is offered by a school in California. Moreover, the availability of online solutions is continuously growing, and it would not be surprising to see the current offering double in size within a decade.

Poor Candidates for an Online Degree in Animation

Besides the fact that only those who are passionate about animation should pursue online degrees here, what are some other conditions that they should satisfy? Well, since the program is set up in a way that makes it difficult for professors to hold students accountable, folks who tend to procrastinate should not choose this route.

Similarly, albeit counterintuitive for a future animator, anyone whose knowledge of technological resources is poor should not try to complete a degree over the computer. Doing so may result in challenges with everything from simple online exams to more complex projects done with editing software.

Lastly, people who do not have enough free time should not try to obtain an animation degree, regardless of the platform and medium that they employ. Convincing oneself that an internet-based curriculum is easier is a common mistake that thousands of students make. Consequently, they find themselves stuck in challenging courses that they do not have enough time to prepare for.

Unbeknownst to the vast majority of online students, there are multiple reasons why schools decided to branch out and offer their courses online to reach more students. First, doing so allowed them to improve accessibility by eliminating all geographical restrictions. For instance, if someone passionate about animation lived thousands of miles away from the institution, they usually had no way of taking the coursework. People who work full-time jobs and have limited availability were frequently ruled out due to the conflicts with the schedule.

The two main demographics that animation program creators had in mind are distance learners and working professionals. Although the application process is available to everyone, those two groups tend to receive priority over someone who resides close to campus and simply wants to avoid coming to the lectures.

If outstanding animators’ applications get denied, there is a good chance that they simply did not fit the distant learner or working professional requirement. Fortunately, courtesy of the ever-growing number of institutions that offer internet-based animation programs, someone who earns good grades will easily find at least a few options online degree options.

Online degrees in animation are also quite popular because students can often take self-paced courses. Unlike traditional, classroom-based learning, programs that are done over the internet have looser schedules and deadlines. For example, many schools hold their students accountable by setting a certain number of tests that they must pass within a specific time frame. Instead of having a mid-term and a final exam, folks may simply need to pass two large tests before the semester is over.

This means students could theoretically complete an entire class within a few weeks. This is a gray area, however, as some schools prefer to keep their students engaged for an entire semester and do so by setting the maximum number of tests that they can take within a certain week or month. Nonetheless, having the ability to choose the time of the day and even the day of the week when the testing will take place is a much more flexible alternative.

Considering the degree will be equally valid, there are many similarities between online and face-to-face programs. The most important one is the material that gets covered. Just like traditional degree plans, students who pursue animation diplomas must meet the same requirements as everyone else. Contrary to popular belief online degrees will not be any easier to earn than traditional degrees. In reality, they may be a bit harder given the lack of in-person interactions with an educator and video-based lectures. As per Forbes, it is also irrational to expect distant learning to replace the classroom.

Can the animation students choose between physically attending their classes and virtually checking in? Yes. Can they sidestep the rigorous studying and training that allows them to acquire the skills to enter the workforce? No. Online degrees in animation are just an alternative that targets people who live far or work a lot, not a solution to those seeking to minimize their efforts.