What is a “Good” Salary for a 3D Modeler? 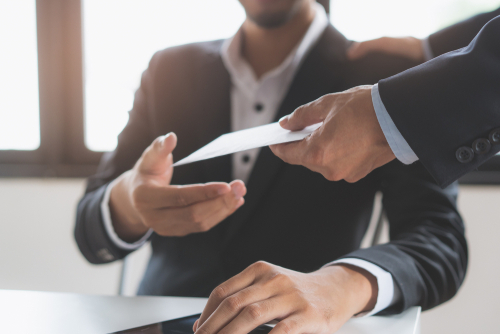 As prospective candidates look into the salary potential of a 3D modeler, they are often trying to gauge how well off they would be given this career path. Doing this type of analysis is extremely important as it will let the person know exactly what to expect. Unfortunately, there are a lot of obstacles when it comes to figuring out the right numbers. Most salary research is based on information available on the internet. Also, some individuals might be able to conduct professional inquires of current 3D modelers to see how much they are earning. Inquires alone, however, are overly unreliable because they will represent a limited amount of data that seldom accurately reflect the market. Hence why online research tends to be the curious modeler’s best friend.

Who is a 3D Modeler and What Do They Do?

Before delving into figuring out a “good” salary of a 3D modeler, it is important to do a basic overview of what exactly 3D modelers do. Although it is fairly self-explanatory, the 3D part of their role refers to their creation of three-dimensional projects. The “modeler” part further clarifies what kind of projects they do by qualifying that they built models. Even individuals who may not have much experience with this field will often know that visual models include everything from complex animations to simple visual effects. Also, these professionals usually handle jobs tied to the video game, film, or advertising sector.

While it is somewhat possible to quantify a good salary based on some average figures, readers should realize that the word ‘good’ in itself is dangerously subjective. Although the current average salary for a 3D modeler average around $60,000, that figure does not explain the matter. To be able to gauge it against the industry, cost of living, and many other relevant factors, the candidates have to consider the following:

Any given salary should be cross-referenced with the appropriateness of the four constituents above. Only then will a candidate be able to truthfully determine whether the salary is good.

Obviously, 3D modelers operate all over the world. The same applies to the United States where they can be found in practically every single one of the 50 states. Therefore, there are going to be significant discrepancies between what one’s salary is worth when looked at beyond the face-value of the dollar figures. To understand this a little better, consider the following scenario. A future 3D modeler is interviewing a current modeler from New York. During their conversation, he finds out that the New-York-based 3D modeler is earning $60,000 per year.

Such a figure may not sound bad at first. According to CNBC, the average salary for all jobs in the nation falls short of this amount as it sits at $56,516. What the prospective 3D modeler failed to take into the account was the region in question. New York has one of the highest costs of living in the United States and the mentioned salary of $60,000 would only translate to about $22,000 if we were talking about Cleveland, for example. Due to this, it is important to be aware that those $60,000 would offer a sub-par style of living to any New Yorker. Hence the crucial significance of knowing how to identify the impact that a certain region has on the earnings.

After going through the region-based research, which is easily the most important part of the process, one has to look into the level of responsibility. According to the Bureau of Labor Statistics, the average salary for any type of multimedia artist and animator is $72,520. People working as 3D modelers will  fall in this category. Expectedly, however, the level of responsibility between different multimedia artist and animator positions is going to vary. So, an inexperienced 3D modeler is not going to earn as much as someone who is the director of an animating department. Yet both of their income figures would be included in the calculation of that $72,520 number.

Next, the candidate has to decide if the salary is appropriate for their level of knowledge and technical skill. Not to forget that any prior experience portrays a major role. According to research conducted by PayScale, the artists in this market will see a $6,000 increase in pay after three to four years, $16,000 after eight to nine years, and about $26,000 after 18-19 years. Thus, the candidates should look into how any offered salaries compare against those figures given their pre-existing experience levels and proficiency.

Finally, although expectations are subjective, they still play an important role in determining whether a 3D modeler deems his or her salary as ‘good’. This particular point is approached with a mindset that the candidate’s expectations are reasonable. Luckily, this part is very easy as the 3D modeler in question simply has to ask themselves if they are satisfied. If the answer is yes, then the salary can be deemed ‘good’. If the answer is no, the modeler should look into the reasons why they are unsatisfied. In case that their reasons do not seem fair, they should simply adjust expectations.

Therefore, while the Bureau of Labor Statistics and other major researchers list the current average salary for 3D modelers between $60,000 and $70,000, those figures alone are futile. The reason why is that salaries succumb to local markets that distort and ruin comparability by putting pressure on them via costs of living, inflation, supply and demand, and so on. Thus, the only way to positively state whether a salary for a 3D modeler is good is to conduct in-depth analysis based on previously depicted steps.