Is an Online Degree in Interior Design Seen the Same by Employees and Clients as an On-Campus Degree? 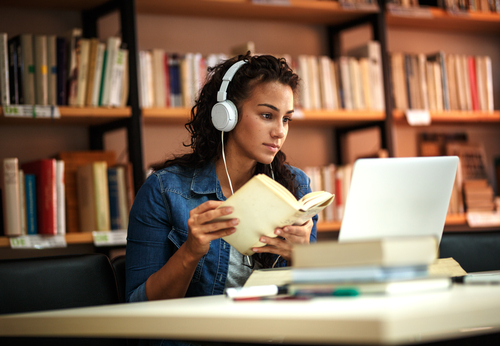 In pursuing a college degree in a field like interior design, a prospective student might wonder whether an online degree in interior design is seen the same by employees and clients as an on-campus degree. Earning an online degree was once a sketchy and questionable way to enroll in college classes. Still, online degrees have become so popular that even the nation’s most-respected collegiate institutions have started offering the option.

According to the National Center for Education Statistics, which is part of the Institute of Education Sciences, the number of enrollees in and the number of teachers of online classes has increased dramatically in recent years. Data published on 2017 enrollment numbers indicated that out of 20 million college students, more than three million were enrolled in distance education programs.

Also, data from one year to the next suggested that university and college enrollment numbers might have decreased if not for the increased availability of online classes. In 2016, 14.7% of students were enrolled exclusively online. In 2017, that number grew to 15.4%. Hybrid enrollments where students mixed online and on-campus classes also grew.

According to numbers compiled by Inside Higher Education, for-profit higher education facilities were already offering many of their classes online, but the trend has hit non-profit private and public institutions in recent years with students enrolled exclusively online growing by more than seven percent from 2016 to 2017 at public schools and by more than eight percent at private non-profit schools.

Quality of the Institution Matters

With millions of students enrolled in online classes from reputable, non-profit, and esteemed institutions, it could follow that an online degree in interior design would see the same respect from potential employers as an on-campus degree. However, like any degree delivered in any format, the quality of the institution would likely influence an employer’s opinion of the degree.

The reputation of the school could also influence the opinion of a prospective client, whether or not the degree earned from the institution was earned online or in a traditional, on-campus manner. For example, very few employers or clients would think poorly of a degree or certificate earned from the University of California Los Angeles, and that institution offers an interior design program fully online.

Some Colleges Offer Identical Degrees Online and Off

Online college classes have become a routine part of the average college student’s repertoire, and the opportunity to earn degrees completely online has finally come to some of the nation’s most well-known institutions. However, some of these universities and colleges have taken an additional step in creating a respectable degree program. Some institutions have made their online degrees indistinguishable from those earned on campus.

When selecting a school for an interior design degree, it might behoove a prospective student to ask about the difference between a degree earned wholly online through an institution or one earned on campus. For some degrees, the topic of whether a degree was earned online or on-campus might not even be a factor. Many colleges today provide the same instructors and curriculum for online courses as they do for on-campus classes.

Most professionals can increase the likelihood of success in their industry by becoming certified by their industry’s professional organization or by registering with the appropriate state-level departments. For future interior designers, that might mean pursuing National Council for Interior Design Qualification (NCID) and becoming NCIDQ Certified.

Earning an interior design degree is an accomplishment, and a reputable degree program can help with certification. The certification process requires a minimum number of college credits and some years of experience in the field. Students may earn their qualifications whether they pursue a degree online or on a college campus.

Answering the question as to whether an online degree in interior design is as respected as one earned on-campus requires some investigation into the quality of the institution. A school that isn’t regionally accredited or approved by the state in which it operates might not offer the best degrees, whether they’re offered online or on-campus. An accredited degree program, on the other hand, will offer a student the best chance of earning a valuable degree for future employment in the interior design industry.

What Degree Do I Need To Become An Interior Designer?

Do Different States Have Different Requirements for Interior Designers?

What Does an Interior Designer Do?

What is The Difference Between an Interior Designer and an Architect?

What Skills Does an Interior Designer Need?

Can I Become an Interior Designer Without a Degree?

What Other Jobs Does Someone with Experience as an Interior Designer Have Skills For?

What Kind of Bachelor’s Degree Should I Consider if I Want to Become an Interior Designer?

Do Interior Designers Mostly Work for Themselves?

I Like Flexibility in My Career. Will I Have That as an Interior Designer?

Do Salaries Differ Much for Interior Designers Depending Upon Location?