What is the Median Salary for a Character Rigger?

A character rigger is responsible for the literal bones and anatomy of animated characters and how they interact with virtual platforms which is why the median salary within the field is higher than average salaries reported in the nation. Riggers in 3-D animation and other media production settings play an important role within the process of character development and production. The role translates into higher than average salaries in comparison to other salaries in animation, however, riggers will need a specific and advanced set of skills and a keen eye for anatomy to succeed in the field. 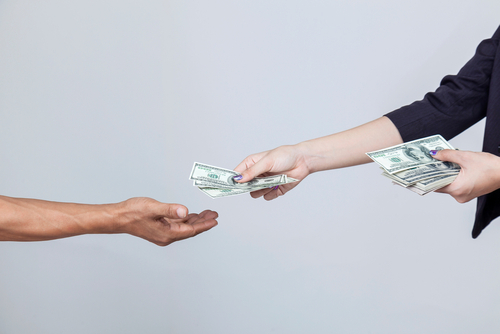 The Role of a Character Rigger in Animation

Prospective character animators and riggers should always consider their role within multimedia development before ever pursuing a career in the field. Studying the median salary of a field would not make much sense unless you first were familiar with your role if you were to hold that title. After all, those who enjoy what they are doing and their overall role within their profession are the most successful. Learning about the role of a character rigger before the average salaries reported is critical.

Character riggers are creative designers within the game design and animation platforms who create the skeletal structure of animated characters. The rigger is responsible for the structure of a character and how the bones deform and ultimately interact with the virtual environment it is located in. The right rigger design makes work for the animator who brings the character to life much easier. This is why riggers do not typically work on their own but rather as a team with animators and other members of the game design team.

What is the Average Salary in Animation and Game Design?

There are tons of different titles within multimedia art and animation that professionals can pursue with the right certifications and degrees. Knowing about all of the median salaries within the field is a start to learning about the median salary specific to character rigging in multimedia. It is best for any informed potential rigger to look at all of the options first before narrowing down the research to extremely specialized fields like character rigging.

Animation artists and game designer in media can earn a sizable income in the United States if they work for the right employer in the right setting. According to data released in the Occupational Outlook Handbook, animation artists and multimedia artists earn an average of $72,520 per year or $34.87 per hour with a bachelor’s degree. 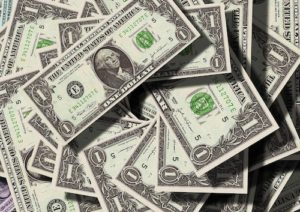 Most animators work in game design or software design, however, not all animators and character riggers are saturated in one industry. Average salaries within the field for artists specializing in design on a virtual platform are very heavily dependent on the industry.

Top industries have a higher earning potential than the average in the field. In multimedia animation, professionals working in software publishing earn the highest average salary of $82,360 per year according to the Bureau of Labor Statistics. This is much higher than artists in advertising or public relations firms, who earn around $67,330 per year, on average. Industries like motion picture companies and computer design firms earn between the highest and lowest salaries reported above.

How Does the Average Compare Nationally?

Animators and multimedia designers like character riggers earn an average of $67,000 and $82,000 per year by industry, but this does not factor in how much the average American earns regardless of profession or title in the country. According to the national reports made by the Bureau of Labor Statistics average income of $38,640 for all occupations domestically, the average salaries reported for animators is very positive. While median salaries are positive, professionals in animation often do have to invest the time and money into earning a degree or post-secondary certificate.

Do Character Riggers Make More Than the Average Animator?

How much a character rigger will make after completing a certificate program or a 4-year degree program is dependent on where they pursue their career and how much animation experience they had before their career search. The Bureau of Labor Statistics does not have specific reports that cite how much character riggers earn, however, there are reports on different platforms like that calculate the average earnings riggers seeking employment have reported earning.

New graduates from character rigging certificate programs will earn the lower reported salaries dependent on their geographic location. According to the median salary reported by Glassdoor.com, a novice-level character rigger who has completed an unpaid internship with very little paid professional experience on their portfolio will earn a starting wage of $49,000 per year with the potential of earning $107,000 once experienced. Based on the reports, areas like Los Angeles and Atlanta have the highest salary reports, but other factors like experience and setting are also variant on average salary.

Is Character Rigging the Right Field to Pursue?

Earning degrees at the more reputable schools for animation and rigging like DePaul University, LA Film School, and School of Motion, may help students get traction in their careers quicker than others, but all potential students must consider job outlook within the field to see if something as specialized as rigging is even a viable option for an inexperienced new graduate who has not yet built a resume.

Since rigging is difficult to get into, you will need to be willing and ready to make little to no money building your portfolio to demonstrate how skilled you are. Like artists, character riggers have to be able to show off their craft by showing of software programs or other imagery that they have done in the past.

Having a solid portfolio is a must in this field especially because growth reported by the Bureau of Labor Statistics for animators and other professionals in multimedia arts is only projected to grow by eight percent. In knowing this, riggers with an eye for anatomy on a virtual spectrum should decide if the median salaries reported are enough to build the bones of some of the most iconic cartoon characters.