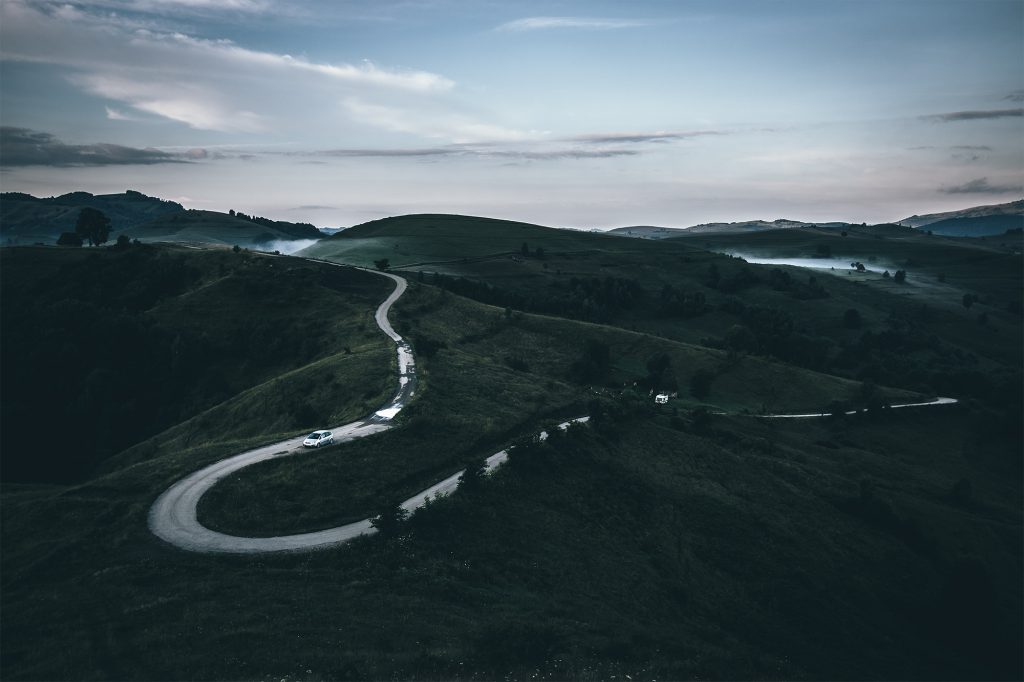 Generally, a bachelor’s degree in videography and video production prepares students to work in television, web media and movies via hands-on experience generating their coursework and films. To attain this, learners must complete courses in animation and graphics, the business of film production, documentary film-making, script analysis, postproduction, and storytelling.  Videography and video production learners may find careers in T.V. films, motion pictures, advertising, interactive media, commercial, web, and cable programming.  The program may take about four years of full-time study to complete depending on the university and mode of learning.

Arizona State University (ASU) is a public higher learning institution in the Phoenix metropolitan region. ASU was established in 1885 by the 13th Arizona Territorial Administration. It is among the most prominent public higher learning institutions by enrollment in the USA. To be precise, it has an admission of about 13 500 undergraduate students. The university offers more than 350 majors, undergraduate students, at least 100 post-graduate programs resulting in many doctoral and master’s degrees. The Higher Learning Commission also recognizes ASU. Several programs also have extra accreditation via specialized accrediting agencies. Some of its common majors are psychology, Liberal Arts and Humanities, and Communications.

The University of Massachusetts—Amherst (UMass) is a public university in Amherst, established in 1863. Initially, it was established as an agricultural college but was later expanded to accommodate more courses. Generally, UMass offers more than 100 undergraduate programs, 80 masters programs and 50 doctoral programs. These programs are offered in nine colleagues and schools. It has a suburban setting with total admission of about 24200 students. UMass employs a semester-based academic schedule and was ranked at position 66 in the 2021 edition of Best Colleges is National Universities. It offers both online and offline classes allowing older students to take courses on campus or online.

UMass has an online degree program in film studies that provides students with a comprehensive survey in the criticism, account, theory, aesthetics and production of videos. The program was launched in 1991, allowing students to obtain successful admissions to graduate programs and prestigious film schools. Graduates also get employment for film and video production positions, film and video distribution, editors, filmmakers, and producers. Furthermore, this program allows undergraduates to study with award-winning filmmakers and professors of international and national acclaim. Some of the courses include video-making, video-editing, film theory, specialized filmmaking, among other subjects. Any person can enroll for the program even if he/she is not a student at UMass Amherst.

The University of Montana (U.M.) is a public research college in Missoula, Montana. U.M. is an association of four campuses around the state, and it is the second largest. It is a flagship campus of the Montana University System. It has over 10,000 undergraduate enrollments with eleven schools and colleges. The schools and colleges are School of Law, School of Journalism, College of Forestry and Conservation, College of Humanities & Sciences, College of Visual and Performing Arts, College of Health Professions and Biomedical Sciences, and School of Extended and Lifelong Learning. The university typically attracts diverse people to Missoula as it offers a world-class education in a different course.

U.M. has an online degree program in videography and video production offered in the School of Visual and Performing Arts. Students take 15 three-credit subjects during the four years of study. The course with direct professional applications is film editing, coding vector, web design, digital image editing and layout design. Students can easily access the university’s comprehensive collection of support facilities and assistance, including a Library network, veteran resources and writing centers. While learning the online program, learners prepare for both technical and artistic media careers and obtain skills applicable to future learning. To be precise, the programs focus on developing skills that aid students in securing jobs upon graduating and advancing their studies.

Grand Canyon University (GCU) is a private Christian institution of higher learning situated in Phoenix, Arizona. GCU has nine colleges that include business, humanities and social sciences, education, nursing and healthcare professions, fine arts and production, theology, doctoral studies, and engineering and technology.  The university offers various graduate and undergraduate levels that students can learn online and on campus. It has about 70 000 online students and 20 000 on campus. It was declared the most prominent Christian University in the universe in 2018 based on student admissions. GCU has at least 4200 adjunct faculty and 335 full-time employees that guide students to attain their goals.

GCU offers an online bachelors of Arts degree in Digital Film Production.  The program has two focus alternatives, in screenwriting or production. Regardless of the focus, the degree prepares learners to pursue professions as frontrunners in the art of narrative film development. This program also requires one to complete a total of 120 credits. Generally, learners begin with a broad survey of cinema, including aesthetics and history. Other courses taught in this program are nonlinear editing, film production management, visual storytelling, cinematography, etc. The program typically develops in undergraduates the skills and knowledge required to approach digital filmmaking from a professional standpoint, whether working in major motion pictures or small productions.

Full Sail University is a for-profit, private higher learning institution located in Winter Park, Florida.  It was formed in 1979 in Ohio and was moved to Florida in 1980. Full Sail has over 15,000 online students and more than 10,000 campus students. The university is authorized by the Accrediting Commission of Career Schools and Colleges to offer bachelor’s, master’s and associate degrees. Precisely, it provides courses in business, film and media production, animation, video game design, and other courses associated with the entertainment and media industries. The university offers both online and offline degree programs that focus on the media, technology, arts, and entertainment.

Full Saint University offer an online bachelor of science in digital cinematography for learning, hoping to venture into filmmaking careers. This program emphasizes developing skills and knowledge in directing, postproduction, audio, digital editing, and team management. For that reason, the coursework merges hands-on learning with discussion and theory. The program entails 120 credit hours and can be finished within twenty-nine weeks of continuous learning. Students learn to create dynamic content by emulating the workflow of an actual studio. They begin with script development, planning, production and location shooting, and art design. Later on, they learn to film, direct, edit and finally distribute the videos.

The Los Angeles Film School is a for-profit institution situated in Los Angeles, California. It was established in 1999 to offer both bachelors and associate degrees in entertainment. In other words, the school mainly provides courses related to film production and digital filmmaking. Some of the degrees offered are a bachelor’s in Animation and Visual Effects, Bachelors’ in Game Production and Design, Bachelor’s Degree in Digital Filmmaking and Production. The School also has two associate degrees, one in music production and the other in recording arts. Los Angeles Film School is accredited by the California Bureau for Private Postsecondary Education (BPPE) and the Accrediting Commission of Career Schools and Colleges (ACCSC).

The university offers an online bachelor’s degree in digital filmmaking. This program indulges learners in the art of film and digital video production for various outlets. Students learn to generate professional content for online media, independent films, mobile applications, broadcast television, and more. They are taught such things at the university by applying the latest equipment available to today’s media developers. Additionally, this program is a 120-semester credit fully offered online via a secure digital platform. Students typically employ the platform to receive and submit assignments and project work, watch video content, talk with students and lecturers, take quizzes and exams, and review course progress and grades. As such, learners have diverse learning alternatives which boost their performance.

The Art Institutes entail a group of for-profit art institutions in the U.S, created via the Art Institutes systems in 1969. The schools are possessed by Education Principle Foundation and the Dream Center Education Holdings (DCEH), and Education Management Corporation (EDMC). They offer different programs at both bachelor’s, associate’s, and master’s levels and other courses for non-degree seeking learners. The critical areas of study are photography, baking and pastry, graphic design, fashion marketing, interior design, media studies and animation, digital filmmaking and video production, and audio production.

The Art Institutes offer an online bachelor’s degree in digital filmmaking and video production. The program is meant for any person who wishes to join camera operators, directors, video editors, producers, digital video effects designers, and writers. The program guides student’s as they work with graphic and editing software, digital video cameras, and other technologies. Students learn to create everything from motion pictures to broadcast news as they prepare to write and direct videos in the future. Some of the main areas of study are sound design, editing, video, digital imaging, audio, lighting, Motion graphics, and studio production. In general, the program requires 180 credit hours. As graduates, students will be ready for entry-level roles in the television and film industry, including commercial and corporate productions.

The National University (N.U.) is a private institution with headquarters in La Jolla, California.  It was instituted in 1971 to offer degree programs at several campuses in California, a satellite campus in Nevada, and several online programs. As such, it maintains its academic campuses throughout the town areas in Nevada and California. N.U. has bachelor’s, associate’s, master’s degrees, continuing education programs, and teaching credentials. It is arranged into two colleges and four professionals, which offers more than 100 degree programs via 1500 online courses. N.U. observes a semester-based calendar and has over 12,000 undergraduate enrollments. The university is approved by the WASC Senior College and University Commission (WSCUC)

The Academy of Art (AAU) is a for-profit, private institution located in San Francisco, California. It was founded in 1929 by Richard S. Stephens as the Academy of Advertising Art. It is the largest private credited art, and design institution in the U.S. AAU has a diverse population of more than 16,000 learners from all parts of the world. The university believes that all learners interested in studying design and art should have the chance and resources to do so. As such, AAU has over 30 programs and different degree levels to accommodate many students.

AAU offers a bachelor of Fine Arts Degree in Motion Pictures and Television. The degree emphasizes editing, producing, production design, cinematography, directing and screenwriting. To achieve this, students must complete 132 units for them to graduate. Also, students learn several things through the program. For example, they learn to solve issues within the art and design field. This includes synthesis and research of aesthetic, technical and conceptual knowledge. Students can access digital documents, lecture notes, videos, and narrated slideshows that facilitate learning through the School’s web-based platform. In general, learners obtain skills necessary in their future careers as videographers, video editors and producers, directors, screenwriters, etc.

Warsaw Film School is a private institution based in Poland. The School was established in 2004 by Maciej Slesicki and Boguslaw Linda. It is a unique film school, one of three in Poland to offer Bachelors of Arts diplomas. Since it is at Poland’s capital, Warsaw is at the epicentre of film education pivot, including a secondary school, arthouse cinema Kino Elektronik, vocational college, a film-profiled high school, and a production company. The School organizes different artistic, educational, and professional events to honour the film industry.

Warsaw Film School offers an online bachelor of Arts degree in cinematography and post production. This program included several main concepts: optics, cinematography, film editing, photography, light in the film, production design, and film analysis. The program typically blends academic theory with some practical skills to equip learners with on-set knowledge they require to venture into the competitive field of post production and cinematography. In other words, students learn to become filmmakers who can generate a unique visual language of the television show, film or web series. Learners work on each other’s production with various production crews, directors and obtain practical experience that aids to prepare them once they enter the media and film industry.

Do I Need a Degree to Be an Interior Decorator?