Is Actual Drawing Related At All to Graphic Design? 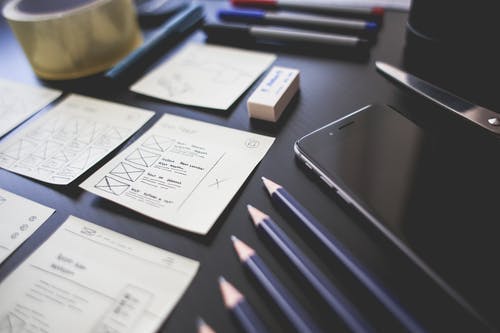 Graphic designers create logos, brochures and other business collateral. They work with typography and photos and white space. Their primary tools these days are those in the Adobe Suite. Given how tech-heavy graphic design seems to be these days, many would-be graphic designers wonder if drawing is related to graphic design. The answer to this question isn’t as straightforward as it may seem.

Do I Need Drawing Skills?

Several activities fall under the umbrella term of drawing. Many people, when they think of drawing, think of the drawings they’ve seen in museums or art history books. It’s no wonder that many would-be graphic designers feel intimidated by this. For them, drawing is about making portraits of grand ladies or impressive portrayals of beautiful landscapes.

However, sketching and doodling also fall under the umbrella terms of drawing. True enough, many fine artists sketch and doodle in their free time, but so do many people who don’t consider themselves artists at all. When drawing is identified as sketching, it becomes less about polishing a work of art and more about play and about communicating ideas. Few skills can beat drawing when it comes to communicating a visual idea. All a designer needs to do is get out a pad and pencil and sketch a thumbnail of his or her design idea.

Why It Could Help

Many people who draw regularly, even those who are not designers, like biochemist-turned-sculpture Briony Marshall embrace drawing as a necessary skill. As she explains in The Big Draw, some people draw to understand what they are seeing. When a person draws, it trains his or her eye to see form, shape, light and color. It also improves eye-hand coordination. Seeing form, shape, light and color, as well as having eye-hand coordination, are skills that are useful for designers to know and to master.

Designer Janis Andzans additionally points out that solving design problems in the sketch stage is easier than trying to solve them in the later stages of a piece of work, particularly when it’s time to create a digital rendering of the idea. This saves a designer time in the work process.

Learning How to Draw

Drawing is a global skill, which means that a person only has to master a few abilities to become proficient at that skill.

What Other Skills Do Designers Need?

It’s also important that a designer has an excellent foundation in design skills. Competent designers know about composition, color theory, user experience, photography and photo-editing and typography. They also must have a handle on the industry-standard software that modern designers use, which usually includes the programs Adobe InDesign, Adobe Illustrator and Adobe Photoshop in the Adobe Suite.

Many would-be graphic designers wonder if drawing is related to graphic design. As has been pointed out, it depends on who a person talks to. That said, the ability to draw can help a graphic designer. It gives him or her the ability to communicate ideas visually and to work out problems in a design. It is a skill that many people possess naturally. However, it is a skill that can be learned. Finally, there are many other skills that a designer should know. Drawing, then, becomes just another skill in the designer’s toolbox.

What Can I Do with a Graphic Design Degree?

Am I Likely to Be Hired as a Graphic Designer Without a Degree if My Portfolio is Good?

What is The Best Way to Prepare For Applying To Undergraduate Programs in Graphic Design?

What Kind of Things Will I Learn in a Bachelor Program of Graphic Design?

Do I Need to Provide a Portfolio of My Work When Applying To a Bachelor Program in Graphic Design?

Am I More Likely to Find Independent Contract Work or a Full-Time Position as a Graphic Designer?

What is The Difference Between a Web Developer and a Graphic Designer?

Are There Any Certifications Available for Graphic Design?