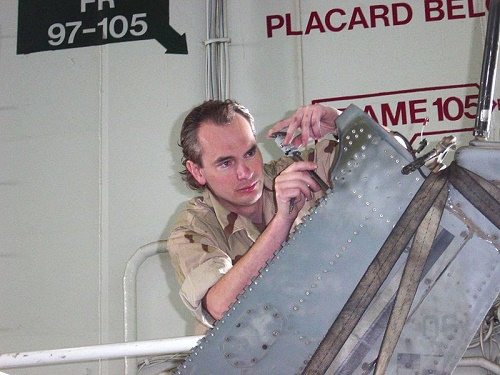 An aerospace engineering education consists of classroom lectures, laboratory science work and fieldwork. In fact, hands-on experience applying the principles of engineering and mathematics is so important for aspiring engineers that internships and cooperative programs are often encouraged or even required. Engineers solve problems – in aerospace engineering, those problems revolve around designing, building and maintaining aircraft and spacecraft – and to do that, they need to know both the theory of science, math and engineering and how to apply it.

A bachelor’s degree is the minimum education you will need to work as an aerospace engineer, according to NASA. However, some engineers benefit from having a more advanced degree, particularly if they want to work at a university or a research and development position. Typically, earning a master’s degree in aerospace engineering takes two years and a doctoral degree takes an additional two to four years, NASA reported. If you know before you even start college that you will want to have a graduate degree, you can look for an engineering school that offers an accelerated 5-year program culminating in a bachelor’s degree and a master’s degree.

While some aerospace engineers go on to earn their Professional Engineering (PE) license, licensure is less common in this discipline of engineering than in many other branches.

Like aerospace engineering programs, bachelor’s degrees in marine engineering require four years of study and are accredited by ABET. There is even some similarity in terms of coursework, with both programs requiring studies in advanced math and science and general engineering principles.

However, there are also significant differences. Marine engineering degree programs are more likely to be found at maritime academies like the United States Merchant Marine Academy or at state maritime academies than at traditional universities and engineering schools. Coursework for aspiring marine engineers includes specialized studies in ship hull strength, naval science, fluid mechanics, sea safety and mechanics of materials. For students in a maritime academy, gaining hands-on experience doesn’t just meaning completing an internship with an engineering company, but rather spending summers at sea gaining onboard operating experience, the BLS reported.

Jobs for Aerospace and Marine Engineers

Marine engineers design and maintain the equipment, machinery and internal systems of a ship. This work includes drafting layouts, drawings and schematics of a vessel’s electrical, steering, propulsion and refrigeration systems, the BLS reported. Whether working on a submarine, an aircraft carrier or a sailboat, a marine engineer must install, test, troubleshoot, maintain and repair these systems to make sure they run safely, effectively and in compliance with legal regulations. Some marine engineers work onshore, in offices with regular work schedules, while others work at sea.

Generally speaking, marine engineers earn less than aerospace engineers – and closer to the $92,220 median wage for all engineering occupations – with a median salary of $90,970. Marine engineering opportunities are growing at a faster than average rate, with the BLS predicting a 12 percent rise in jobs, about 1,000 new jobs total, over a span of just 10 years.