Is the Field of Animation a Growing Industry? 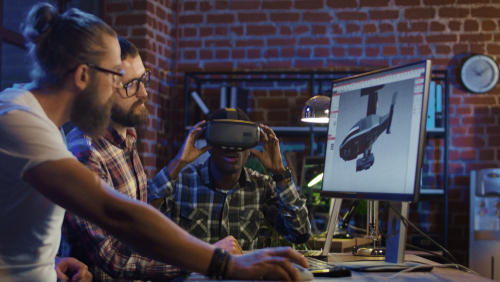 Trying to determine whether the field of animation is a growing industry is probably one of the most challenging tasks that anyone who researches this market will face. The reason why is the fact that the available data and current trends do not seem to match. For instance, anyone who analyzes the recent projects and their success levels will easily conclude that the overall sector is on the rise. After glancing over the employment figures, however, they will notice that there has been very little change to the growth in the job outlook over the past few decades. So, is the animation industry growing in popularity?

One of the first factors that must go into the analysis is the recent success of animation-based projects that dominated the box office records around the world. Namely, according to CNET, the animated remake of “Lion King” has already secured the ninth spot on the list of top-grossing films of all time. To place so high, the movie needed to earn north of $1.4 billion. Shockingly, it managed to do so within less than two weeks from its release.

Similarly, Box Office Mojo reports that “Toy Story 4” earned over $1 billion since it was released in June of this year. Although the fact that both of these projects were highly anticipated and came many years after their prequels, most experts did not anticipate multi-billion earnings in just a few months. Thus, when it comes to the production industry, the animation sector has easily been one of the most successful ones within the past 12 months. So, it seems natural that now is the best time to pursue this field as it is quickly expanding, right? Well, not exactly. While there is no doubt that the timing is right, saying that it is quickly expanding is not entirely accurate.

According to the Bureau of Labor Statistics, which compiled data from 71,600 full-time animators, the current job outlook shows a job increase around four percent. Unlike the median salary of $72,520, which is extremely impressive by any set of standards, job outlook growth of four percent is barely in line with all other jobs across the nation. In fact, given the success levels that the field of animation had in recent years, especially when it comes to 2019, four percent more jobs seem quite underwhelming. One would generally expect the multi-billion-dollar earnings to translate to an aggressively expanding market where animator jobs are extremely accessible.

Although it is impossible to offer any guarantees, looking into the future potential of the industry should be a part of every in-depth analysis. After all, the four percent growth might just be a temporary figure that has yet to be adjusted. So, what should prospective animators expect to see within their industry over the next five to ten years? Well, as per the PR Newswire, which has been reporting on market trends since 1954, the market for global animation, visual effects, and games is projected to reach a valuation of $270 billion in 2020. Since its valuation was $254 just two years ago, such a forecast seems quite achievable, especially considering projects like “Toy Story 4” and “Lion King.”

Besides market success and current growth, it is also imperative that one considers the external factors that will impact the field of animation. Failing to do so could lead to enormous mistakes in any number-based predictions.

The first factor that must receive some attention is the state of the economy. One of the reasons why this sector managed to increase its value over the past few years is the fact that the U.S. has been on an upward-slopping curve when it comes to earnings and employment. In other words, although it has not been “booming,” the economy has certainly been changing for the better. Given that the forthcoming year is an election year, however, it is fair to expect the economic growth to slow down a little. This is mostly because the politics of a presidential race will take the spotlight away from growing the workforce and various markets. As far as animation goes, this means that there might be a minor reduction in the expansion.

The other factor that is almost always overlooked is the rising cost of a college education. As per the previously mentioned report by the Bureau of Labor Statistics, or BLS, animators must usually have a bachelor’s degree to enter the industry. According to the National Center for Education Statistics, though, the cost of a four-year degree has gone up from $35,071 in 2012 to $41,468 in 2017. Thus, courtesy of the time value of money and inflation, students who decide to pursue animation right now will have to pay a lot more than someone who started the endeavor a few years ago. Unfortunately, the discrepancy between their starting salaries is nowhere near enough to account for such a hefty spike in the educational costs. Why does this matter? Because an endless increase in the cost of studies might lead to lower availability of workers, which can slow down the output of the animation industry.

Given such a broad and complex criteria, it comes as no surprise that it is impossible to answer the original question with a simple “yes” or “no.” The most accurate way to respond to the inquiry is to say that, while expansion seems inevitable, it is impossible to determine when the animation field will truly hit a growth spur. So, yes, this industry is indeed exhibiting many characteristics of the booming market. Hence why someone who says that it is expanding would not necessarily overstate any of the facts.

Nonetheless, the prospective students also need to look at the job outlook growth, the economy, and the rising costs of education. Doing so will allow them to make a well-rounded prediction of whether the animation market is truly growing.

Is the Field For Compositing Artists a Growing Industry?

Is There Value in Getting a Master’s Degree in Animation?