Will Having Played Video Games (Now or in the Past) Help Me Get a Job? 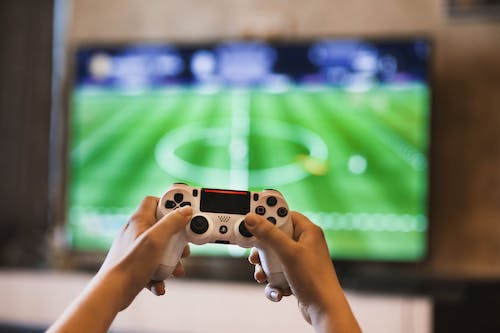 Most career fields are not interested in video game proficiency. However, many traits that gamers learn and cultivate are highly valued in the workplace. There are also video game-centric jobs where experience playing games is hugely beneficial. The following is a guide for how to use video games to enhance or advance a career.

Video games develop certain traits in the people who play them. This does partially depend on the types of games played, although some are relatively universal. Even if gaming can’t be listed on a resume or talked about in an interview, it can still help an individual find and obtain a job.

Perhaps the most important skill video games teach players is to persevere until completing a goal. Nearly every video game presents challenges to the player that they then must overcome by problem-solving and improving their skill level. These challenges usually get more difficult as the player progresses in the game, requiring perseverance to succeed at completing the game and everything it has to offer. This perseverance, which can be applied to real-life situations, is one of the most important traits for getting a job. Job hunting can be a long, demoralizing process. It requires job seekers to improve and not give up until they find the job they are looking for. Once someone has a job, they will likely have goals and deadlines they need to meet. If they don’t succeed the first time, they will need to learn from their mistakes and try again.

Other useful skills games teach include problem-solving and critical thinking skills, per Forbes. Some of the most popular video games, such as The Legend of Zelda and Spyro the Dragon, feature heavy puzzle-solving elements. This teaches players to think outside the box and search for solutions that may not have been readily apparent. Perhaps obviously, these traits are highly sought after by employers. Whether the job involves stocking store shelves or managing high-profile portfolios, problem-solving, critical thinking and improvisation will be needed to excel in the role.

Teamwork is yet another vital professional skill playing video games teaches. While single-player games are still undoubtedly popular, many of them have multiplayer modes and just as many games are primarily multiplayer. Multiplayer games require players to cooperate with other players to achieve a goal or win a match. These other players are human beings and can be just as disagreeable and challenging to work with as interactions with people in the real world, if not more so. Gamers often play with many different types of people and must learn how to work with them to win. This experience can help them work well with others in a professional setting, recognize the strengths of each team member and overall be a more successful team player. Experience leading and working effectively with a team should always be brought up during a job application process, even if only under a section of your resume that includes hobbies.

Working In The Video Game Industry

Many people who enjoy video games have a desire to work in the video game industry and make games of their own. The video game industry has exploded over the last two decades, with more demand for engaging content now than ever. According to Entrepreneur, revenue of game sales in the United States alone back in 2014 was roughly $22 billion. An expansive knowledge of video games will help anyone trying to enter this industry, which can be highly competitive.

Video game companies employ artists, animators, programmers, musicians, writers and other professionals to bring their games to life. Most people with creative or technical aspirations can find a role that suits them in this industry. Some work full-time for noteworthy studios while others work on a freelance basis. It is also possible to create video games on your own thanks to digital distribution platforms such as Steam.

Playing a lot of video games will give someone many tools they need to ultimately succeed in entering this industry. Players will have a better understanding of what makes a good game as opposed to a weak one. This coupled with skills such as programming or writing can lead someone into a fulfilling career. Even someone who has only played video games in the past can have valuable knowledge. They could work on retro games or have a strong understanding of video game history that younger applicants may not.

Other Fields Where Game Proficiency Is Helpful

Will having played video games (now or in the past) help me get a job in other fields? Aside from the video game industry itself, there are other fields where skills developed by playing video games can be especially helpful to job seekers.

In spite of the reputation many gamers face of not having much athletic ability, many studies, such as this one reported by Psychology Today, have confirmed that playing video games improves coordination, which is a critical skill for anyone who wants to play sports professionally. Improved coordination will help athletes in a very real way as they must demonstrate their teamwork and eye-hand coordination, both of which video games boost, during tryouts.

Military, aviation or security careers also sometimes like to see applicants who are skilled at video games. This is especially true for the first-person shooter, flying, racing or action games that essentially simulate the experience of operating vehicles or using a weapon. Because players often need to follow directions and rules when playing a game, these careers, which require similar traits, pair well. Of course, actual hands-on experience will be needed, but pilots practice on flight simulators for a reason, to name one example.

Video games can, either directly or indirectly, help individuals not only get a job but also keep it. Gamers learn many skills and can garner a lot of practical experience doing something that they love and enjoy.

Is the Field For Compositing Artists a Growing Industry?

Is There Value in Getting a Master’s Degree in Animation?