Which Jobs in Animation Command the Most Money? 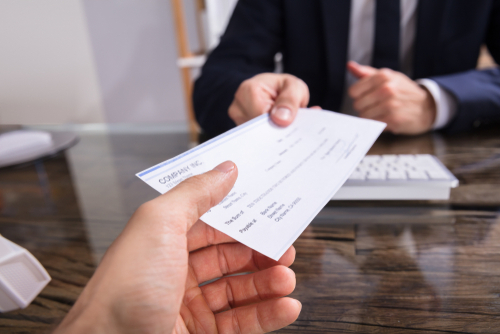 In the spectacular field of digital art, animation jobs yield some of the highest salaries. Driving such handsome pay is consumer preference for animated entertainment and technologies. The job market if full of openings in many business sectors. Animation now enlivens advertisements, websites, mobile apps, TV shows, and feature films. Animation also has practical value for public welfare, such as criminal justice.

Imagine having the creative license to set the style, mood, and color palette for all elements of an animated project. This is the exciting role of a visual development artist. Once a producer and writers establish a storyline, the artist invents the characters and scenes to enact the plot. Among the many details to visualize are the landscapes, buildings, furniture, lighting, people, clothing, and props.

Of paramount importance is designing the color script. In the world of animation, color is used to spark emotion in viewers. The color script is a board of frames, specifying the hues to feature in a given camera shot.

Common to every storyline are three core themes: conflict, transition and peace. To distinguish each, the artist selects opposing colors. Upon seeing them, viewers associate the hues with certain feelings, reacting subconsciously. For instance, when cool blues suddenly shift to blazing red, you naturally expect heightened drama. In this way, through color symbolism, the artist captures audience involvement.

Working in the video game and film industries, this professional uses complex software to supply people, creatures, and mechanical objects with physical characteristics. Examples are skin, muscle, hair, and clothes. Also called a technical animator, the job centers on the skill of character rigging. This entails creating the bony structure or framework for a 3D model, including its joints.

Once figures are rigged, animators can manipulate their joints, giving the appearance of movement. Then, while sequencing the motion along a timeline, camera shots are recorded. For characters to have realistic behaviors, rigging must be precise. Among the most complex types is facial composition.

So, that’s the technical side of the job. The rest is managerial, facilitating the work of the rigging department. For example, the director resolves problems with skeletal physics. Through ongoing research, they choose the best software tools for modeling and rigging, training staffers in their use. Additionally, they streamline task completion and sustain team morale.

This computer wizard makes conceptual art seem lifelike, endowing objects with height, length, and breadth. To do this, the 3D modeler first creates an image skeleton or frame. Then, they impart realism by adding color and texture.

Additionally, a 3D modeler may design scenery. This involves tweaking set lighting, shadows, and brightness. Next, the modeler positions the camera, choosing the best viewing angle. Once static images are complete, animators can wield their magic, empowering figures with seeming movement.

Salaries are steep, rewarding a modeler’s advanced skills in math and computer graphics. When hired by large studios, such as Disney and Pixar, modelers net up to $100,000 annually. At mid-sized corporations, the wage averages $68,000 a year. Also highly profitable is consulting, by which modelers charge up to $27 an hour. Here Lifewire further describes 3D modeling and the software programs commonly used.

As head of the animation team, the art director sets the visual tone for media images. When meeting with clients, the director receives their vision and ideas, from which they craft the overall project style. They also determine what artwork is featured in final cuts. Before signing off, the director ensures that all artistic elements are perfected, such as motion graphics, textures, lighting, and special effects.

In a managerial capacity, the art director oversees the animation staff. The work is faced-paced, driven by deadlines. Accordingly, the director plots workflows and timelines, keeping staff on track. Once an animation is complete, the director has the pleasure of submitting it for client approval.

Other responsibilities include managing budgets, hiring staff, and training them. Although much of the job involves delegating tasks, a director must be well-versed in animation software, such as KeyShot, Blender, Animaker, Cinema 4D, and Houdini.

The average wage for an animation art director is $74,500 annually. Top performers earn $80,000+. Generally, the most lucrative industries are advertising, film, video, and TV production.

A crackerjack analyst, this professional helps investigators formulate evidence by recreating accidents, crimes, and human disasters, such as suicides and building collapse. Their expertise is crucial when incidents leave no survivors or witnesses, as in car wrecks. Forensic simulations are used in regulatory hearings, arbitration, and court trials, facilitating legal action.

To stage a reconstruction, the animator first gathers all relevant data. This involves reading the reports of police officers, forensic scientists, engineers, medical professionals, and eyewitnesses. Also studied are photographs and scenario parameters. For example, with an auto collision case, the factors include vehicle specs, road conditions, impact speeds, and weather at the time of the crash.

After organizing the notable criteria, the animator loads them into simulation software, which calculates object movement. Next, is building 3D models, followed by animating them. Once virtual cameras are placed at the scene, the animation is shot. Lastly, the recording is copied onto a DVD or other media format for client viewing.

Forensic animators are hired by police departments, law firms, insurance companies, and government agencies. The median salary for a seasoned sleuth is $95,000. In 2019, consultants are charging up to $100 per hour, with many earning $200,000+ a year.

Five of the highest paying animation careers are visual development artist, character technical director, 3D modeler, animation art director, and forensic animator. Each of these jobs requires a bachelor’s degree in animation, special effects, or motion graphics. Additionally, to become a forensic animator, certification is preferable, such as by the International Association for Identification.

Along with these credentials, to earn top pay, you need at least five years of field experience. Bear in mind that income varies by whether you’re hired on a permanent or contractual basis. Other factors influencing pay scales are company size, geographic location, and current economy.

Despite these variables, as your skills progress, you can bank on earning more. Animation jobs are a golden means to wealth!