What Title is Usually Considered for an Entry-Level Position in Animation? 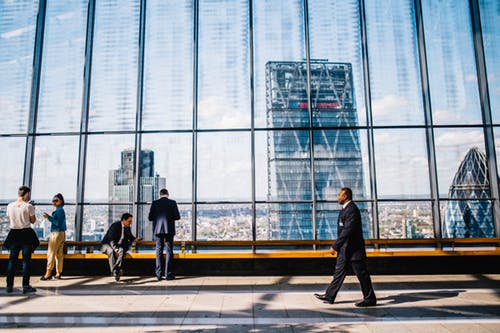 Computer animation has changed the job prospects for aspiring artists. Whereas an art career once seemed like a risky prospect, today’s artists have more opportunities than ever before.

It’s additionally important to note that many educational tracks like illustration, graphic design or general animation can eventually lead to any of the jobs below. Much of this will depend on the kind of training that the artist gets within his or her degree program.

Finally, while an animation student is still in school, it’s helpful to not only secure a number of internships in the animation industry, it’s also helpful to find out about all of the different departments in animation. For example, an advertisement for a junior graphic designer may eventually lead to senior-level jobs in texturing, layout or even art direction.

Given how much animators today rely on technology, the best would-be animators come into the job knowing that they must constantly upgrade their skills if they want to stay relevant, even if they’re no longer working entry-level jobs.

According to the New York Film Academy, the storyboard artist doesn’t deal directly with animation as most people define animation. However, the animation and film industries couldn’t function without these important artists. These artists draw a scene-by-scene breakdown of shots that a filmmaker will film or an animator will animate. This job would be advertised as an entry-level storyboard artist or a storyboard assistant.

This job comes with a steep learning curve. As such, many people who ultimately land an entry-level job in the field have gone to animation school in order to be trained on the specific software required to do the job. These would-be modelers might also get an internship or two in the industry to hone their modeling skills a bit further.

Additionally, people who are trained as modelers have a great deal of flexibility in terms of career choices. While many entry-level animators with this type of training look for jobs in animation or in films, truth be told, artists with solid skills in 3D modeling can work in advertising, forensic animation, engineering, architecture and even in the military.

Finally, they may also opt for an entry-level job at a smaller animation company before attempting to land a job as an animator at a big company, like Pixar or Disney. These jobs are usually advertised at the entry-level as modeler. Other job titles could include mathematical modeler.

The composite artist brings two or more images together to create a new, more refined final image. This animation artist may take a basic image and add some special effects to it, like bolts of lightning, rain or even other characters that weren’t in the original shot. Aside from needing to bring superior animation skills to the table, this artist must also possess good people skills. The person working this job will connect professionally with a number of departments throughout his or her work on a project.

This job is maybe one of the least glorified jobs on a film or animation production. However, a good composite animator plays a pivotal role in feature films and video games. For example, it was a composite artist that allowed filmmakers to finish the film The Crow after its star Brandon Lee was killed during the making of the film.

Would-be animators who want to work in this field usually answer job ads with titles asking for junior animators. It’s highly-specialized work, so working under the tutelage of a more senior animation or SFX supervisor is often required before this animation professional can move up from his or her entry-level position.

Finding entry-level jobs in the animation field come with a number of titles, often signified by the use of words, like entry level or junior in the job titles. Many jobs that would-be animators want to eventually move into, like composite work or storyboarding, don’t always come with job titles that seem to be related directly to those jobs. For example, students who have been trained in illustration or graphic design often move into storyboarding or texturing. However, not all entry-level jobs have entry-level or junior in their title. When in doubt, it’s best for would-be animators to read the fine print on the job description before applying to ensure that they’re applying for a job for which they have the proper skills.