What is the Median Salary for a Forensic Animator? 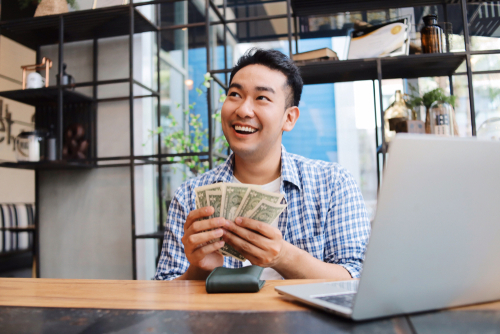 Whenever someone secures a job as a forensic animator, often referred to as a simulation specialist as well, it is safe to say that they effectively secured an exciting, challenging, and extremely well-compensated career. Unlike the other fields of animation, those who pursue this route will usually arrive at one of the nearly 18,000 law enforcement agencies within the United States. The reason why is the fact that the main employers for forensic animators are police departments, Bureaus of Investigations, and other city, state, and federal organizations that are in charge of upholding the law.

What Does a Forensic Animator Do?

A forensic animator is a trained expert who creates simulations of accidents, crimes, and other events that may be under investigation or subject to court proceedings. Their job gives them a unique perspective into the field of law enforcement as they have to base their final deliverables on a very limited amount of evidence. The first such project that ever took place was back in 1985 during the notorious Delta flight number 191. After crashing and burning near the Dallas Fort-Worth airport, the terrible incident left 123 people dead. Since many of their bodies were burned or dismembered beyond all recognition, which includes dental matching, the FBI and corresponding investigators decided to use forensic science to see where each passenger ended up. They did so by making a simulation that gave them an idea of where each person would go based on the impact and corresponding laws of physics.

Since 1985, the industry has evolved in countless ways. The software and programs that these specialists can now leverage are beyond anything that ever existed before. Equipped with state-of-the-art tools that are accompanied by improved education, forensic animators now work in a lot more areas than air travel accidents. They also commonly deal with complex automobile wrecks that leave no witnesses or survivors. Similarly, they help build animations that showcase crime timelines based on victim’s injuries, time of death, and a lot of other inputs.

Although a Bachelor’s in Animation is necessary to enter practically any sector of the industry, as per the Bureau of Labor Statistics, forensic animators receive a lot of on-the-job training. While the same is true for folks who work in traditional fields of animation, those who operate in forensically inclined areas must constantly develop their talents because human lives could quite literally depend on it. Due to this, there are very few other careers, if any, that will pay multimedia artists more.

It is vital to remember that each salary estimate is subject to things like geographic location, experience, and state of the economy. With that being said, Paysa reports that the earning range for forensic animators in 2018 stood between $91,924 and $101,963 annually. The median and average compensation fell right below the middle at approximately $95,000.

One of the main factors that dictate the compensation level is experience. Since forensic training is so extensive, law enforcement agencies prefer paying a bit more to hire someone who already knows the ins and outs of the process. Thus, as shown by Payscale’s research on animators’ earnings, it is fair to expect that every ten years of industry-related work will facilitate a 25 percent raise. Although this falls short of some other sectors where salaries double within much shorter timespans, one must note that animators work in a very limited market that seldom has issues with workforce shortages.

While full-time employment will result in the highest level of pay and benefits, a lot of forensic animators are not going to be able to land such a job. The reason why is the fact that most law enforcement agencies do not need to keep these professionals on their permanent payroll. After all, the number of crimes or accidents that mandate a simulation-based approach has considerably gone down with every new technological invention. Nowadays, crime solvers instead rely on traffic cameras, smartphones, and even social media to obtain footage that helps with the investigation.

This is why many forensic animators work for multiple law enforcement agencies within their area while also completing freelance projects. Not to mention that even some police departments compensate them as independent contractors as they are only called for cases that reached an investigative dead-end. As per the New York Film Academy, anyone who decides to just focus on freelance opportunities will be able to charge anywhere from $20 to $100 per hour. The more experience that they possess, the higher the hourly rate will be. Someone who indeed hits the $100 hourly charge and maintains a 40-hour workweek will end up making north of $200,000 per year.

Finally, forensic animators can also work for legal firms as official consultants. Their job here will be very similar to the earlier description. Instead of resolving crimes, however, the goal is to act as an expert witness who can convince the jury that someone is guilty or innocent. Since employment is also based on a freelancing contract, the median pay for forensic consulting by animators will usually go from $20 to $100 or more per hour.

Although law enforcement agencies and freelance consulting are two of the undisputed leaders, some other industries also take interest in simulation specialists. Nonetheless, these tend to be very rare and it is impossible to gain an insight into median compensations because they are so uncommon. The best course of action for anyone who wants to become a forensic animator is to focus on police departments and legal firms that will usually offer salaries ranging from $70,000 to over $100,000 a year.