Is What I Learn as a Forensic Animator Transferrable Between Legal Work and Entertainment Work? 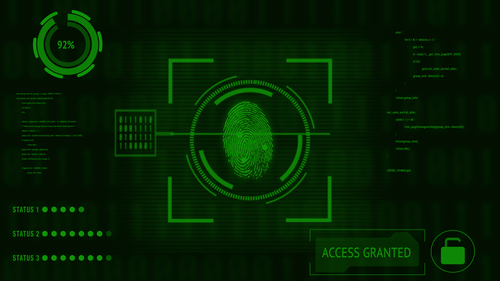 Students in the process of getting a degree in animation might wonder if what is learned as a forensic animator transferrable between legal work and entertainment work. It is good to know how transferable a degree may be between different fields. Flexible degrees do offer distinct advantages over degrees that are narrower in scope, such as giving students more job options without having to go back to school. The following will discuss whether forensic animators can easily make the transition to doing entertainment work, and, if so, what steps they need to take to make the change.

Forensic animators typically work in 3D animation, which is the type of animation in which most modern films and video games are made. Both types of animation share similar processes of creation and the types of things rendered. For example, both do 3D modeling before moving on to simulate characters and objects in motion, as well as create backgrounds and surfaces. These key similarities should go to show that these two types of animation are more alike than they are different. However, there is a significant difference that those looking to transfer careers need to address. Forensic animation is not usually as detailed as entertainment animation because it does not need to be. The purpose of forensic animation is not artistic – it is simply to determine basic physical facts such as where a car was, how someone moved or where a body fell. Forensic animators looking to transition into entertainment work will need to focus on improving their ability to add details to animated characters such as physical markings, hair detail, smooth movements and more.

Both forensic and entertainment animators typically need a bachelor’s degree in animation to find work in the field. People who want to work in animation may also do so with art degrees, or earn their animation degrees from a specialized vocational art school rather than a traditional university. The Bureau of Labor Statistics includes both the forensic and entertainment niches together in its analysis of occupations. This is good news for professionals who want to change from one to the other because they will not need a different degree nor a vastly different skillset to make the jump.

Nearly all professional animators work on computers, even if they are producing 2D animation. For this reason, animators in both niches need to be extremely tech-savvy and keep up with technological changes in the industry. They must also be intimately familiar with the software typically used to produce professional animation work. Many of these programs are used by both animation specializations, such as programs in the Adobe Creative Suite. PC Magazine outlines many of the basic video editing software programs used by animators and other video editors alike. Even if the programs used are not the same, they share similar features, which should make it relatively easy for a forensic animator to pick up and switch to any programs more commonly used in the entertainment industry.

Both of these careers require animators to be able to take direction to create a completed animation. In the case of forensic animation, animators must listen to witnesses, law enforcement officers, forensic scientists and others to create a rendition of a real-life event as accurately as possible. Forensic animators focus more on objective truth and physics to create the animations they make. Entertainment animation allows for more creativity, but animators are still required to take direction from the director of the project to fulfill his or her vision. The ability of forensic animators to take directions and turn them into animated form will transfer well to doing entertainment work. In addition to taking direction from authority figures, both types of animators work together with teams of their peers to complete their work as well, a skill that should be showcased on a resume.

How To Transition Between These Two Careers

Animators hoping to transition between these two similar but vastly different forms of animation can do so. They will need to have a strong understanding of what entertainment companies are looking for in animators and then present the same or similar skills and experiences they obtained while working as a forensic animator. For example, forensic animators often need to have a very strong understanding of physics and mathematics to create accurate animations. A forensic animator’s attention to realistic physics can be a major selling point when looking for a job in entertainment animation. Professionals hoping to make the switch should tailor their resumes to reflect any background or interest in entertainment animation in addition to their experience as forensic animators. Writing an exceedingly good cover letter that explains an individual’s background and why they want to make this change will also go a long way to convincing employers and clients to invite them to the next stage of the hiring process.

Animators typically maintain a portfolio of their past work which they then present to clients and employers to get jobs. This can be tricky for forensic animators looking to start working on entertainment projects because nearly all forensic animation projects will be confidential. It is not likely the forensic animator will own any rights to his or her work and it could be a significant breach of legal confidentiality to share it with potential employers. Some forensic animators may essentially need to start over from scratch and create some animations that are like the ones they want to do going forward. This will help them showcase the skills they learned working as a forensic animator while still appealing to employers who might be looking to hire them for entertainment work. CreativeBloq goes into detail on how to create a winning animation portfolio.

Animators who work in forensics and entertainment share many of the same skills. It is therefore not usually a significant leap to change from one to the other, though there are some potential holdups employees should address. Largely, however, the answer to the question of is what I learn as a forensic animator transferrable between legal work and entertainment work is yes.