How Do You Become a Character Rigger? 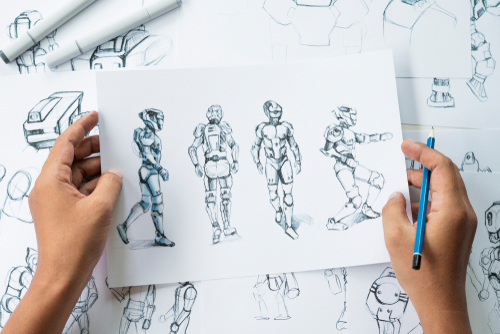 When it comes to creators who participate in the animation process, character riggers are one of the most commonly overlooked professionals. While the vast majority of the public knows very little about them, they remain one of the most vital links in the production chain. Fortunately, with the rise of successful animating projects, especially when it comes to the ones that were released in recent years, the number of people who want to work in this industry is growing. Consequently, it is fair to expect many more character riggers plan to enter the job market. So, who exactly are these professionals, what skills do they possess, and how do they reach their professional level?

A typical character rigger is someone who works with animation characters, their behavior, and interactions with others. For example, when a character suddenly jumps in the air, assuming that it is an animated human, the character rigger is responsible for ensuring that the laws of physics and anatomy are followed closely. If there is a hypothetical jump, the character will need to come down due to gravity while slightly bending their knees upon the impact of the landing. As simple as that sounds, there is a plethora of technical work that goes into creating a scene where that motion looks convincing.

First, the expert rigger must create the so-called “bones” that get assigned the character. Those bones act as joints that allow for the animation to take place; if the character needs to bend their knees to land, the rigger will add a bone to their knee to allow that bending to take place. Since there may be many elements that have to move character rigging can be quite tedious. For instance, to animate a four-legged animal that is running, one must create dozens, maybe even hundreds, of bones.

Doing so will ensure that the animal is moving naturally while properly coordinating all four legs as well as any fur, mane, or hair that it has. Nonetheless, these professionals are trained to handle such tasks with extreme accuracy, precision, and timeliness.

Since character riggers work in animation, the minimum educational requirements revolve around a four-year, bachelor’s degree. This generally translates to a degree in animation that is accompanied by a specialization in character rigging. If someone has no plan to specialize, they can still enter this market as many employers provide training.

During the four years of post-secondary education, anyone who is aspiring to work in the animation industry should pursue internships. These generally take place during the summer when there is no coursework or any school-related obligations. Although the vast majority of interns will earn some income, there are still positions that do not offer any compensation. Examples would be internships with large animating companies that are extremely beneficial to someone’s long-term career that additional pay is not necessary.

Accepting this type of engagement is an outstanding way to get a better sense of the industry. After all, compositing artists who complete animation internships will see how the overall creation process operates. Besides, they will usually get to handle responsibilities that all other first-year members have. It is also important to note how internships are the easiest way to land full-time, post-graduate employment offers.

After graduating and landing a job, most character riggers will go through extensive training through their company. According to Chron, the best way to get trained is to obtain experience. In other words, the first few years will mostly go toward helping the recently hired worker learn the ins and outs of the creation process and the company’s resources. One of the smartest ways to approach this part of the career is with extreme curiosity and enough professional courtesy to take constructive criticism from superiors.

Finally, character riggers often never reach a point where they know everything regarding their area of expertise. Just considering that new animation programs are constantly developed is enough to understand why this is. To avoid falling behind, they should always pursue on-going development by signing up for new training and completing additional specializations. One could even reach a point where they need to obtain more college education, such as a master’s degree, to improve their existing knowledge. Regardless of how they choose to do it, however, all character riggers have a professional responsibility to stay competent and familiarize themselves with the latest editing programs. 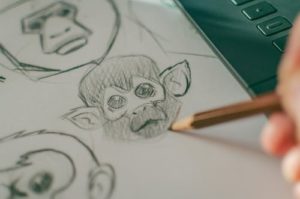 As mentioned, some of the important skills for character riggers include a thorough knowledge of physics and anatomy. Specific areas of physics that tend to stand out are Newton’s laws, gravity, acceleration, and the laws of energy. Going back to that jumping character, these are the types of scientific inputs that help the rigger showcase a realistic event. After all, the jump will only seem realistic if it has a natural pace of upward deceleration paired with appropriate downward acceleration.

Anatomy is significant because one must understand how to create movement in a way that obeys the capabilities of the human or animal body. If an animation shows a person scratching the top of their head with their elbow, for instance, there is a good chance that the creator had very little knowledge of anatomy. Consequently, the project will lose some of its value as its credibility and realism plummet.

Even though there are some variations to the traditional career path, these few steps are generally the most common way for someone to become a character rigger. Conducting in-depth research of good animation programs is the best starting point. Afterward, students should study as hard as they can to maintain high grades and maximize internship and full-time opportunities. Ultimately, taking the time to learn things while working will allow one to go from a good to an exceptional character rigger.