What Is the Demand for an Engineering Degree in the Field of Space Exploration?

The National Aeronautics and Space Administrations, better known as NASA, employs thousands of people. While many people might immediately think of astronauts as the face of NASA, these space travelers make up a very small percentage of NASA’s employees. The Bureau of Labor and Statistics (BLS) reports that there are currently only 45 active astronauts and 73 total astronauts. In fact, 60 percent of NASA positions are in the professional, engineering and scientific category. The BLS projects there will be 171,900 job openings for aerospace, computer hardware, electronics, and mechanical engineers, with NASA and other employers, by the year 2024.

The Demand for Aerospace Engineers 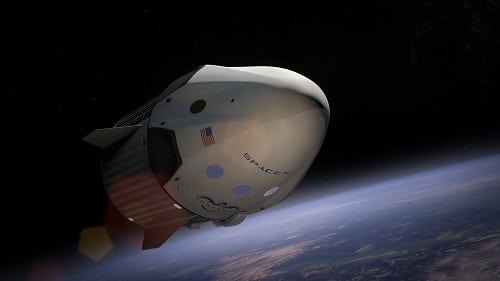 Aerospace engineers can expect a six percent increase in job opportunities over a decade, according to the BLS. Many of these positions involve space exploration, though not all are with NASA. Aerospace engineers help develop small satellites to gather data or aid with communication. These innovations may aid employers beyond NASA, especially as international governments refocus their space exploration efforts and new private companies are beginning to look into space exploration. Commercial interests in space will create jobs for aerospace engineers as companies seek designers for their own unmanned vehicles. Some other domestic uses for these new satellites would involve measuring water resources and even finding missing people in areas unable to be covered easily, such as large forests or mountain ranges.

The BLS reports that 4,200 new aerospace engineer jobs will be created by 2026.

There should be around 4,000 computer hardware engineer jobs created by 2026, according to the BLS.

Electronics engineers help design the electronic components used by spacecraft and satellites. This equipment includes instrument panels, flight systems and communication systems. Electronics engineers who work for NASA also inspect the existing components and develop the maintenance procedures for the components they design to make sure that all electronic spacecraft parts are functioning correctly and not putting astronauts’ safety at risk.

Electronics engineers should see 5,100 new positions open up by 2026, according to the BLS.

Mechanical engineers help create a variety of machines that support space missions for NASA, including sensors, tools and engines. Many NASA engineering projects require mechanical engineers to work with engineers from different disciplines, like aerospace engineering, in order to complete a task such as developing steering mechanisms used by a spacecraft’s rocket nozzles for space travel.

Mechanical engineers will experience a job growth rate of 9 percent by 2026, according to the BLS. These engineers will help work on the newest industrial pursuits, such as the fields of automation and robotics, both of which could see a boost in the near future. This increasing demand is due to commercial companies expanding their space programs and their plans to operate unmanned spacecraft.

According to the BLS, mechanical engineers will see 4,200 new positions created by 2026.

The Push for Master’s Degrees

You can get a job with NASA with a bachelor’s or master’s degree, but you might want to consider earning a doctorate degree, especially true if you want to become a NASA astronaut.  Candidates typically are permitted to apply to the astronaut program with a master’s degree, but this field is so competitive that a master’s may not be enough. For example, an aerospace engineer with a master’s degree may be considered and even make it to the final 100 candidates for an astronaut position, but end up being passed over in favor of applicants with doctoral or medical degrees, according to the BLS. However, enthusiastic candidates may end up being offered earth-based positions with NASA, such as mission control jobs, while they go back to school to earn a Ph.D. and eventually achieve their dream of becoming an astronaut.