Engineers design and develop technology that affects the world around them. Two types of engineers, in particular, make a major impact on the world. Civil engineers create the structures, ranging from bridges and roads to airports and water treatment facilities, that society uses on a daily basis for living, working and transportation. Environmental engineers develop technology and processes to solve problems in the natural environment. Both careers can be rewarding in many ways, and there is certainly overlap between the two disciplines.

The Breadth of Study in Civil vs. Environmental Engineering 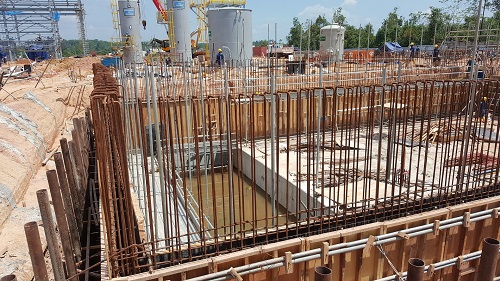 Which of these programs of study is better? That’s difficult to say, not only because “better” is subjective and depends on the individual’s interests and strengths but also because both fields are good ones with strong career prospects. If you’re especially passionate about the environment, it makes sense to pursue a degree in environmental engineering. Otherwise, you may decide that civil engineering offers a more diverse array of employment options.

Naturally, there are pros and cons of both a broader and a narrower program of study. A more focused program can be beneficial when employers are seeking a candidate with in-depth knowledge about a smaller field of study but detrimental when graduates don’t have a broad enough knowledge base. Conversely, students in a program that prizes breadth over depth might know the foundations of a lot of subjects but lack enough substance in the subjects that matter for job performance. In the case of engineering, however, the technical and practical skills students gain while earning their degrees mean that they rarely find their education unmarketable due to its breadth.

Design courses and internship opportunities are also part of an engineering curriculum, regardless of whether you choose to major in civil engineering or environmental engineering.

Because of its breadth, civil engineering offers its students many more potential job opportunities. A civil engineer designs and develops all kinds of structures, infrastructure projects and transportation systems, the United States Bureau of Labor Statistics (BLS) reported. The engineering services industry accounts for half of the civil engineer workforce in America, while nonresidential building construction and government agencies at the local, state or federal level make up the remaining top employment industries for this field.

When you envision your future engineering career, what do you imagine? If you want to build bridges and airports, civil engineering is the degree path for you. Environmental engineering may be a better choice if you aspire to devise non-infrastructure solutions in environmental conservation and preservation. However, if you’re interested in designing water management systems and wastewater treatment plants, either degree path could help you reach your goals. Civil and environmental engineers frequently work together, often serving somewhat different roles on the same projects pertaining to environmental infrastructure.

Is the few thousand extra dollars per year that environmental engineers make worth the greater likelihood of needing a master’s degree and all of the time, effort and expense of going to graduate school? That’s a question prospective students need to consider as they contemplate their major options. Of course, there’s no guarantee that environmental engineering majors will have to go to graduate school, since the majority of these professionals still had only a bachelor’s degree.

For civil engineers, the BLS predicted a faster rate of job growth, 8 percent, between 2020 and 2030. This puts the projected job outlook for civil engineers on par with the average job growth rate anticipated across all occupations and slightly – by a single percentage point – above the 7 percent of job growth expected for engineering roles overall. Civil engineering is already a large occupation, with 309,800 Americans working in this role as of 2020. The field is predicted to grow by 25,300 new jobs between 2020 and 2030.

Civil engineering is not only the largest of all engineering disciplines but was also the engineering occupation expected to gain the largest number of new job opportunities over the decade between 2016 and 2026, the BLS reported.

What Classes Will I Have to Take for a Degree in Civil Engineering?

What Classes Will I Have to Take for a Degree in Environmental Engineering?

What Should You Know When You Interview for a Job With a Degree in Civil Engineering?

What Kind of Job Can You Get With a Degree in Civil Engineering?

How Advanced Does My Degree in Environmental Engineering Need to Be to Get a Good Job?

What Are the Highest Paying Jobs With a Degree in Civil Engineering?

What Are the Benefits of Pursuing a Degree in Civil Engineering?