What Are the Benefits of Pursuing a Degree in Actuarial Science?

You don’t want to invest your time, effort and tuition dollars into earning a degree only to find out that there are no jobs out there for that major. Though it primarily prepares students for a single career path, actuarial science is definitely a marketable degree. Career opportunities for actuaries, the math whizzes behind the calculations of risk and its financial implications, are growing quickly. The United States Bureau of Labor Statistics (BLS) expects jobs for actuaries to see a 22 percent increase over just a decade. Though actuary is a comparably small career field, currently employing just 23,600 Americans, this much faster than average rate of job growth should translate to another 5,300 opportunities.

Though jobs for actuaries are on the increase, competition for entry-level positions is fierce, with more students pursuing the major and beginning to take their exams early on in their career preparation.

Money isn’t everything, but for students who really enjoy the challenge of advanced math and data analysis, the six-figure median wage makes actuary an especially compelling career option. Starting salaries for actuaries usually fall into the $45,000 to $55,000 range, with candidates who have internship experience and multiple certification exams passed prior to graduation seeing the highest wages. As new actuaries continue working toward full professional certification, they often see pay boosts that accompany each exam they pass. As a whole, the actuary profession has a median wage of $101,560, the BLS reported. The highest-paying top employer, the finance and insurance industry, employs 70 percent of actuaries.

The seven percent of actuaries who work company management and the four percent working for the government are the lowest paid, earning median wages of $95,060 and $98,830. 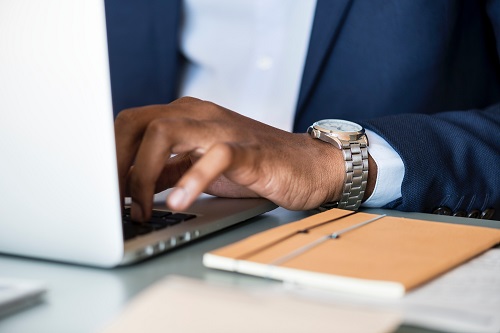 Even if you’ve decided to become an actuary, you might not have committed to majoring in actuarial science. After all, you can be an actuary with a degree in math, statistics or another analytical program of study, and these more general majors are much more prevalent than specialized actuarial science degree programs are. Most of the more than 3,000 four-year colleges in the United States offer degrees in mathematics, but the Society of Actuaries (SOA) only recognizes about 180 programs in actuarial science.

Getting into a school with an actuarial science degree program may require a little more research, but for students who really want to work as an actuary, the extra effort is well worth it. One benefit of this specialized program over a general math curriculum is that it prepares students for certification.

Actuaries who are working toward certification often study independently from exam preparation materials. However, passing these difficult tests is much easier when you have taken specific coursework in the subject. The Probability and Financial Mathematics courses you take in an actuarial science program are meant to begin preparing you for the first two certification exams, which students should take before they graduate. In fact, certain actuarial science degree programs go even farther, preparing students for the first four exams.

The economics, finance and applied mathematical statistics classes students take while pursuing an actuarial science degree also meet another certification requirement, the education experience (VEE) credit. Students in other majors might study these subjects, as well, but their courses may not be approved options for meeting the VEE requirement.

The multidisciplinary curriculum of an actuarial science program means that students develop specialized technical and analytical skills that they will apply to mathematical calculations, business and computer science in their daily work as actuaries.

What Is the Salary Potential for Someone With an Actuarial Science Degree?

What Is the Demand for a Degree in Actuarial Science?

What Kind of Job Can You Get With a Degree in Actuarial Science?

How Long Does It Take to Get a Degree in Actuarial Science?