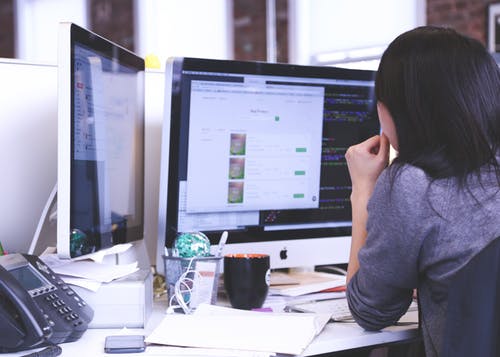 The tech support industry is a substantial one, and questions surrounding its outsourcing have become an increasingly common topic in recent times. Is outsourcing the ultimate future for most tech support jobs? If so, then why? For more on this hot topic and what the facts say, read on.

While there are many opponents to the concept of outsourcing, there are some very real advantages that push many companies to go ahead and take the outsourcing leap. In some cases, outsourcing may provide the company with a better call center with a better setup for the job as well as possibly better technology. Financial reasons are also a huge motivator when the alternate workforce may be much cheaper to pay, insure, and so on. Additionally, some companies choose to outsource as it often provides more freedom to scale the size of their business much more responsively to that organization’s needs at any given time.

While there are certainly advantages to outsourcing in the technical support industry and elsewhere, there are also some distinct disadvantages to this business model. One of the foremost disadvantages is the premise of loss of direct control over the workers directly in contact with the customer base. Another is the potential to have repeat hire issues with finding the right company, foreign or domestic, for the job. Yet another complication arises when cultural and language differences presented by the outsourced workforce become a barrier to effective business and customer communication.

Having now covered the general outlines of outsourcing itself, is the practice truly the path forward for the greater tech support industry here in the United States? How prevalent is the practice, and how prevalent will it be in the future?

In 2012, Investopedia, a well-known and respected online finance journal, produced an article that cut straight to the facts on the matter, and it still holds true at this point, today. In the article, the journal pointed out the most popular outsourced jobs which are in manufacturing, call centers, writing, graphic design, IT, and security. Arguably more importantly, however, the journal goes on to point out the key characteristics of any job that may make it highly susceptible to outsourcing. Whether it be tech support or any other job, if a job requires either very low-skill workers or very high-skill workers, then that job is much more likely to be considered for outsourcing by the employer.

Outsourcing affects many United States industries today, and the technical support industry is no different. It cannot be said at this point, though, that most tech support jobs are being outsourced, as there is no definitive information right now to establish that assertion as factual. Factually, there are many tech support jobs born in the United States every day, and some of those stay occupied by in-house employees, while others are outsourced to workers and companies elsewhere. There are no hard figures to determine the flow of these jobs in either direction at this point.

Is There a Difference Between Tech Support and Customer Support?

Do Many Companies Allow Their Programmers to Work Remotely?

Is it Better To Specialize in One Area or Being Competent in Multiple Areas?

What is the Best Format For My Resume as a Programmer?

What is a Typical Starting Salary for a Programmer?

What is the Hardest Thing about Being a Computer Programmer?