What is a Typical Starting Salary for a Programmer? 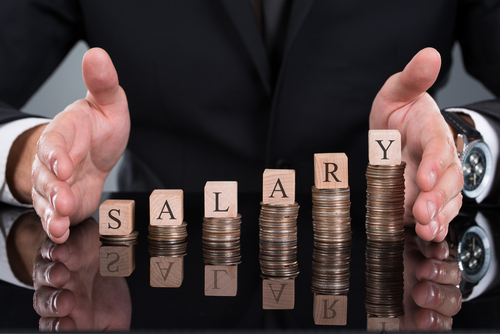 One of the main questions asked by those interested in careers in computer programming is what the typical starting salary for a programmer is. Even though job growth for programmers is declining, they continue to be in demand. Whether programmers are hired directly by a local company or outsourced by another country, their services will continue to be needed to code and write software programs and apps. Their starting salary may only be around $51,000 but with programming experience, they have the potential to earn six-digit salaries.

Computers are a very big part of our business and personal worlds, whether we’re creating online shopping, playing internet games or networking with other business professionals. What many people fail to realize is that without the talent and skills provided by computer programmers, none of these activities would be possible.

Computer programmers are highly trained professionals who write and code computer software programs. It may be software engineers who create the programs, but it’s the programmers who make the software work and perform the required tasks. The popular game of Pacman wouldn’t have been much fun if all you could do was look at Mario.

Wage reporting sites like the U.S. Bureau of Labor Statistics (BLS) or PayScale report average annual wages for occupations like computer programmers. They even report potential starting wages. However, several factors can affect these wages.

Computer programmers across the nation earn an average yearly salary of $89,580 according to a May 2018 BLS report. Programmers in the lowest ten percent earned about $48,790, and those in the top 90 percent earned 134,630. These reported wages generally cover a wide range of programmers, including those just starting their careers. PayScale reports that the typical average starting salary for an entry-level programmer is $51,386 as of November 2019. They also reported that starting wages can vary from $37,000 to $79,000.

Geographic location plays a huge part in determining the starting salary for programmers as well as wages for experienced programmers. The BLS lists the following states as the ones where programmers earned the highest wages.

Below are the states where programmers earn the lowest wages.

Programmer wages can change from city to city as well. Typically, wages are higher in large cities with a high cost of living. According to U.S. News & World Report, Seattle, Washington is one of the best paying cities for programmers. The average wage for programmers in Seattle is $124,750.

The second-highest paying city is Bellingham, Washington, where the average wages are $110,220. Another profitable city for programmers is Huntsville, Alabama, which offers average annual wages of $104,380. These wages are generally for programmers with work experience and not the typical starting wage.

Computer programmers will always be around as long as we have computers and the need for computer software programs. Whether a programmer is just starting a career and receiving entry-level starting salary or has been in business for decades, this career will continue to be stimulating and rewarding in terms of both salary and challenges.