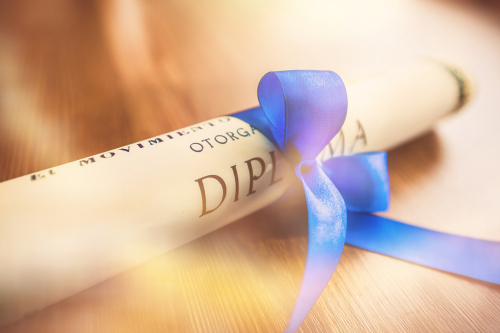 Computer programming is a very popular field and one that will always be in demand, which has many aspiring students wondering if a degree from a two-year school will help get them a job as a programmer. While most computer programming jobs require a bachelor’s degree, some employers will hire a candidate with a degree from a two-year college, especially if the candidate has work experience in that area. Computer programs not only have a good career outlook but also offer the potential for good wages. Students eager to join the workforce as programmers often find a two-year degree to be the ideal choice.

How to Become a Computer Programmer

Programmers who work in specific industries may also take computer courses related to that industry. In addition to completing coursework, programming students often complete internships to gain some real work experience. Programmers may also obtain certifications either through the college or through software vendors.

What Computer Programmers Do

Computer programmers are the masterminds behind almost every computer program ever written. When users go to a website, they see graphics, texts and fonts, all of which make the website functional and convenient. What many don’t realize is that underneath all these fonts, graphics and texts are codes, which are written by computer programmers. They not only write the codes but also test it to ensure it’s operating correctly.

Software engineers and developers create different programs, but the programs are non-functional until a programmer writes codes that make the games do what is required to make them functional. Computer programmers are generally knowledgeable of various programming languages, such as Java, Python and C++ to name just a few.

What a Two-Year Degree Entails

Advantages of an Associate’s Degree in Computer Programming

Upon completion of the associate’s degree in computer science, graduates may seek positions as computer programmers, information technology specialists, database administrators, system and network administrators, and software architects or engineers.

The job outlook for computer programmers is expected to decline seven percent during the decade of 2018-2028 according to the U.S. Bureau of Labor Statistics (BLS). Despite programmers always being in demand, many industries and businesses are choosing programmers from other countries in an attempt to save money. Computer science jobs overall are expected to experience job growth of 12 percent during that same period.

Computer programmer wages ranged from $48,790 to $134,630 as of a May 2018 BLS report. The average annual wage across the nation was $89,580. Certain factors like degree level, work experience, employer and location can also play a part in the wage potential. Programmers may be hired with a two-year degree, but they typically don’t earn as high of a wage as programmers with a bachelor’s degree unless the candidate has extensive programming experience.

As long as we have computers in our lives, we will always have a need for computer programmers. It’s the talent of computer programmers that allow new computer games and programs to be developed and marketed every day. Earning a degree from a two-year college is a great way to begin work as a programmer as quickly as possible.