Is it Better To Specialize in One Area of Computer Programming or Be Competent in Multiple Areas? 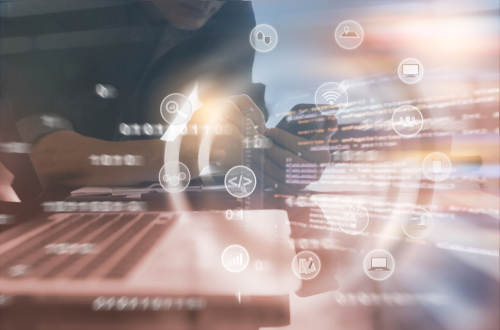 As our world becomes increasingly reliant on digital platforms, the need for competent computer programmers simultaneously grows. While this means more jobs it also translates into a greater competition. The computer programming industry is attractive as it offers a myriad of specializations. Because of this, many aspiring programmers wonder whether it’s best to stick to one language or expand their knowledge and specialize in multiple areas. Much like the industry itself, the answer to this question isn’t a straightforward response.

Back in the early 2000s, computer programming was still in its infancy. While internet usage was widespread, the implementation of digital platforms was far from where it is today. Nowadays, computer programmers are responsible for creating, maintaining and innovating modern life.

Successful computer programmers understand the nature of this industry is one of constant change. Adaptability is the strongest tool a programmer can possess but does this mean to be a successful programmer you need to master multiple languages? The answer depends on your career goals and industry trends.

Software development isn’t a static profession. Due to the constantly evolving nature of programming, job needs and skill requirements rapidly shift. For example, Python is gaining momentum as the top language for an array of uses, while Ruby has significantly dropped as a desirable language according to TechRepublic. Programming is a dynamic field that shifts and changes as technology become more advanced.

As you can see, industry trends are fickle. With so many new programming languages being developed, the modern programmer must dedicate themselves to learning. Keeping your finger on the pulse of industry trends is paramount to remain competitive in this growing field.

Understanding the future of an industry is invaluable when mapping out your specialization pathway. While the use of digital platforms is slated to continue its expansion, this doesn’t necessarily translate into more jobs. In a surprising report, the U.S. Bureau of Labor Statistics anticipates a seven percent decline in computer programming jobs between 2018 and 2028. This is in stark contrast with previous years, which saw this industry grow at a surprising pace.

What’s the cause of this predicted slowdown in jobs? Simplified programming languages and easy access to training materials. Industry trends show technology is leaning more toward robust and less-complicated languages, such as Python, Java and TypeScript. Combined with the fact that programming can be done anywhere there is an internet connection means more companies are choosing to outsource projects to countries with lower wages.

Experts believe the seven percent decline in programming jobs is only temporary due to the cost of overseeing overseas operations. How can you remain competitive in an industry slated for decline? Much like any other industry, the best solution is to become an expert in current and future demands. In this case, mastering the top programming languages is the key to ongoing success.

Projected Languages Every Programmer Should Learn

In our current industry, the question isn’t whether you should learn one or more languages, but what languages you should learn. Generally, industry trends are leaning toward scripting languages versus traditional object-oriented versions. Regardless of programming niche, such as frontend or backend development, several languages are poised to dominate this industry for years to come.

Although the debate continues regarding the future of computer programming, the IEEE Computer Society predicts this industry will use both new and old languages. Familiar languages, such as Python and Java, are desirable due to their robust capabilities and established use across many digital platforms. Newcomers, such as Kotlin, Go and TypeScript are positioned to make waves in this industry due to their application flexibility and straightforward context.

While it’s impossible to fully predict what the future for computer programming holds, industry insiders anticipate growth in abstraction. Certain trends suggest traditionally backend languages will move into the frontend developer toolkit. Other trends suggest the use of artificial intelligence will find its way into almost every aspect of development. Essentially, programmers enter a keyword that describes the action they wish to accomplish. Through the power of deep learning, BAYOU responds with the appropriate code.

Beyond programming fundamentals, critical thinking is the most powerful skill for every computer programmer. Considering the widespread adoption of artificial intelligence in software development, it may seem programmers will be replaced by robots. In reality, the use of AI programs are intended to leverage programmer performance. While a program may determine the best Java code for a specific action, computer programmers must use their critical thinking skills and work experience to determine the best course of action. The future is still powered by humans but assisted by AI.

Master of One or Master of All? The Decision is Yours

Instead of thinking about studying a single language consider what you desire out of a career. Are you interested in the visual flow of websites and applications? If so, frontend development may be your ideal choice. Others may find creating the infrastructure a platform uses to be more intriguing, which may make backend development the best education path. Want to be a one-stop-shop? Becoming a full-stack developer may be best as it trains programmers on both front and backend coding.

Deciding to master one or many programming specializations may seem overwhelming. Instead of thinking about specific languages, consider the role you wish to play in this industry. Only then can you determine the best course of action.

Is There a Difference Between Tech Support and Customer Support?

Do Many Companies Allow Their Programmers to Work Remotely?