Do I Have to Get an Undergraduate Degree to Work in Animation? 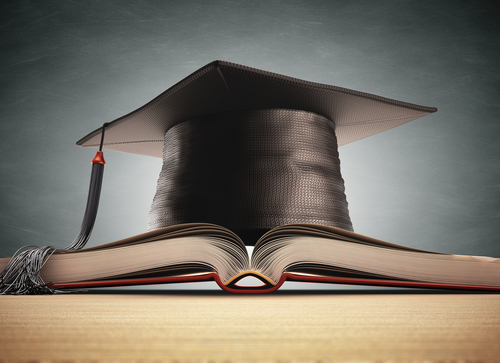 As one of the more popular jobs within the sphere of multimedia artistry, animation has slowly grown into an incredibly lucrative and exciting field. Consider some of the latest projects that were produced here, which include movies like the “Toy Story” or the “Lion King,” and you will see how impactful it truly is. Also, Forbes anticipates many such projects coming up in 2020 as well.

Given the amount of media coverage and career opportunities, the number of people who want to become animators is almost at an all-time high. One of the most common questions that all of these professionals share pertains to the level of education that the field mandates. After all, there are a plethora of multimedia artists who were able to build lucrative careers without attending four-year programs. So, does that mean that anyone who learns how to animate on their own or through short training can simply find a job?

Not exactly. It does, however, increase their chances to a point where an undergraduate degree may not be mandatory. To help make your decision, think about the following factors that play a role when it comes to your level of education.

The current career outlook for those who work in animation is relatively similar across the vast majority of the markets. Generally speaking, people spend a few years going through their education and certification requirements, find an entry-level position as junior or staff animators, and build a formidable career from there. As per the Bureau of Labor Statistics, or BLS, the median salary for someone who pursues such a path will be around $72,000.

Besides the salary estimate, the BLS also shows that the current job growth for industries like animation is four percent, which is about average with every other sector within the United States. This is something that prospective creators should look at favorably as it indicates that there is a good chance of landing a job relatively fast after entering the workforce. Moreover, it increases the likelihood of getting hired without any college degrees.

Unfortunately, however, the BLS statistics from above are all based on multimedia artists who have four-year degrees. Thus, the 71,600 that were polled were all professionals that obtained no less than a bachelor’s of arts within this area of study.

Based on the aforementioned, it seems that getting a degree is the advised course of action. Maximizing one’s salary and reaching the highest level of success will often be impossible without some advanced studies. The reason why mostly boils down to one’s ability to lead and train others. If they fail to complete a four-year program, however, they are bound to run into some credibility problems that could limit their upward mobility within the entity.

Since some good reasons support both sides of the conversation here, it is impossible to answer the underlying question with a yes or a no. Instead, the decision has to be derived through careful consideration and in-depth research. This translates to hours of online browsing that will help you discover what you should expect to earn with and without a professional degree.

Getting in touch with current animators would be a great way to obtain tangible feedback from professionals who have a first-hand understanding of the situation. Ultimately, while it may not be mandatory, it is advised that you plan to acquire a bachelor’s degree. Doing so will improve your chances of attaining a solid entry-level job and facilitating a fast-paced rate of promotions and better availability of exciting opportunities.