What is the Typical Salary for an Auditor? 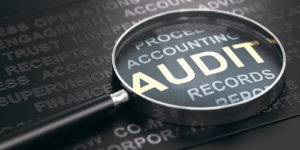 If you’re a numbers person, a career as an auditor is undoubtedly a good choice. Not all auditors work for the IRS, either. Auditors work in many fields, including business and finance, where they seek to verify the accuracy of business operations records and financial records as well. In some cases, auditors also investigate theft by employees, securities fraud, and other crimes.

Of course, selecting a career isn’t just about what you do day in and day out at the office. The salary you earn is important, too. There are many well-paying positions as an auditor, even in entry-level and non-managerial positions.

The pay range for this career is extremely varied. Below, we discuss typical salary ranges for common auditing positions and explore the factors that influence how much money you might expect to make as an auditor.

The spectrum of incomes for auditors varies greatly, however.

But a significant factor that determines one’s salary in this field of work is the area of specialization.

For example, PayScale notes that forensic auditors earn an average yearly salary of $57,188, or just slightly above the average for all accountants. The pay range for this position extends from a low of $41,000 per year to a high of $85,000, so there is a little more upside for earnings than for typical auditing jobs.

By comparison, Glassdoor reports that the average yearly salary for an internal auditor is $62,840, which is well above the national average for all auditors. The pay range for internal auditors paints a less desirable picture, though. Not only is the maximum income lower than other fields (at about $75,000), but the bottom end of the pay scale is lower as well (at about $37,000).

The typical salary information for external auditors shows that, by and large, they make less than some of the other auditing specializations.

There are other specializations in this field that have varying income levels as well. This includes:

Clearly, if you want to be an auditor, the specialization that has the highest earning potential is government auditor. In fact, according to FederalPay.org, the most common pay range for government auditors is $97,056-$107,840. The highest-paid auditor for the U.S. government in 2018 earned $269,600.

Factors That Influence an Auditor’s Salary

Many factors impact an auditor’s salary beyond their area of specialization. Some, like years of experience, take time to affect one’s salary. Others, like your level of education, where you work, and where you live, can have an immediate impact on how much money you earn.

According to Indeed, 58 percent of auditors hold a bachelor’s degree, making it the most common level of education for auditors by far.

There are many auditing jobs available for people with a bachelor’s degree, some of which can be quite lucrative. However, a good rule of thumb is that the higher your level of education and training, the more money you can command.

Likewise, you can pursue certification to enhance your resume. For example, the Institute of Internal Auditors offers a Certified Internal Auditor designation that could very well help you earn more money right off the bat. There are similar certification opportunities for other auditing professions as well.

Your years of on-the-job experience will also influence how much money you earn as an auditor. Fresh-out-of-college employees will certainly earn less than a veteran auditor with 20 years of experience under his or her belt, though there are ways to start your career with more experience out of the gate.

Many undergraduate and graduate accounting programs require practicum or internship experiences as part of the educational process. Though these work-study experiences are considered classes and might be required for graduation, the experience you get putting your learning to the test in a real-world environment can have a real effect on the salary you’re offered when you apply for a job.

For example, if you took part in a one-year internship with an accounting firm and performed duties as an external auditor, you will be a more attractive candidate for an external auditing job after you graduate. As a result, you might find that the job offers you get include higher salaries than what other recent graduates with no practicum or internship experiences are offered.

As noted earlier, where you work as an auditor can have a significant impact on your salary. One look at the disparity between most auditing jobs and government auditing jobs tells you as much.

A good rule of thumb is that if you work for a large accounting firm or another large business that you can expect to earn more money.

For example, an auditor working for KPMG – one of the largest accounting organizations in the world – will very likely make more money each year than an auditor in a similar position at a small, locally-owned accounting firm. The size and scale of a large company or organization allow them to pay their employees more. There are exceptions to this rule, of course.

Where you live can even impact how much money you make as an auditor.

For example, because government auditors tend to make so much more money than other auditing specialties, the average earnings for auditors in the Washington, D.C. area is 24 percent higher than other geographic locations.

Usually, auditing jobs in major metropolitan areas pay more than those in rural areas, though there are exceptions to this rule. One also has to factor in the cost of living – which is far higher in cities than it is in rural areas.

Nevertheless, you will likely find that as you apply for auditing jobs, the geographic location of the job might influence the salary range.