What is the Difference Between an Accountant and an Auditor? 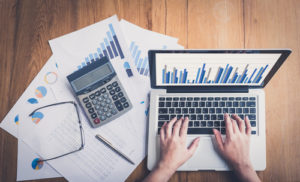 Although many people assume that accountants and auditors are the same, they actually fulfill very different duties. Accountants record the daily financial transactions of a business: This involves creating balance sheets, cash flow statements, income statements, and more. They also file taxes and analyze competitors. Auditors, on the other hand, are tasked with verifying the work of accountants. They check all financial documents for accuracy and ensure that all a company’s accountants are presenting accurate data.

What are the key differences between accountants and auditors?

Although accountants and auditors share some job duties, they also have many differences that may draw you towards one field over the other.

How do the two fields overlap?

Even though there are some key differences between the accounting and auditing fields, there are plenty overlaps as well. This is why so many people tend to get them confused! Let’s take a look at some of the main similarities below:

Should I become an accountant or an auditor?

Have you always found satisfaction in making sure all the fine details are in order? Was proofreading your favorite part of every English class? If so, then you may be better suited to a career as an auditor. An auditing job will be easier for people who find great satisfaction in working on a team and looking over someone else’s work.

If you prefer to create your own projects from scratch, however, you may be better-suited to a career as an accountant. Many accountants enjoy generating a detailed report from a bunch of unprocessed data. People who take pride in their organizational skills and their ability to piece together a complex puzzle will find a career in accounting very rewarding.

Accountants may be held accountable when a huge mistake is made, however. Executives may get angry at their oversight, and depending on the scale of the mistake, in extreme cases it may even be necessary to find a different job. Therefore, it could be argued that being an auditor is a bit less anxiety-inducing—which is important to keep in mind if you’re the type who gets stressed out easily.

If you’re still having a hard time choosing, the good news is that both fields are very similar. As we discussed above, the pay and job growth rate is comparable between auditing and accounting. Both professionals work in offices and must do well on a team. The biggest difference between the two jobs is that accountants create, while auditors investigate: So if you ever dreamed of being a detective as a child, but now you have a knack for numbers, maybe becoming an auditor is the next best thing!