What degree do I need to become a Zoologist? 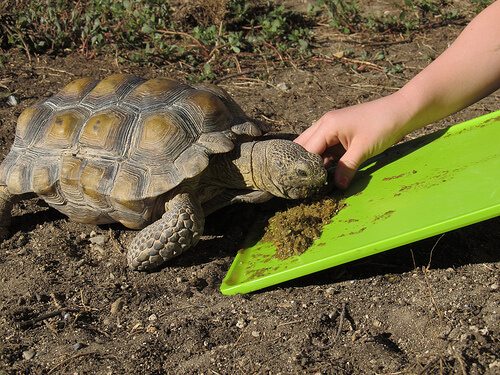 Zoologists are scientists who study animals, both in their natural environment and in laboratories. They observe animals to learn about their physical characteristics and how they behave and interact with their environments. Zoologists gather data, like blood samples from animals and information about their movements gained by tagging and releasing them. They study and analyze this data to learn about wildlife populations and how humans influence their natural habitats and, in turn, their survival. They may also conduct research on animals, either in the laboratory or in their habitats. Some zoologists study animals purely to add to collective scientific knowledge about wildlife, while others seek to apply this knowledge by devising strategies, called conservation plans, to preserve threatened animal species. In addition to working with animals directly, zoologists also use computer modeling programs and geographic information systems to monitor the movements and changes in an animal population.

There are zoologists who specialize in studying birds (ornithologists), reptiles and amphibians (herpetologists), fish (ichthyologists), mammals (mammalogists), marine mammals (cetologists) and insects (entomologists). Evolutionary biologists, ecologists and botanists, who study plants, are also considered types of wildlife biologists. Zoologists find work in a wide range of places, from colleges and universities to scientific consulting services. Many zoologists work for the government at the federal, state or local level.

Aspiring zoologists must earn a minimum of a bachelor’s degree in zoology, wildlife biology or a related field to get started in the career. Advancement into higher level positions may require a master’s degree, while independent researchers in zoology and those who seek work at an academic institution should plan to earn a Ph.D.

At various levels of study, zoology students should expect to complete coursework in subjects such as wildlife management, botany, ecology, chemistry, anatomy, cellular biology, physics, mathematics, computer science and statistics. Often, they also complete specialized courses that focus on various types of animals, from mammals to birds and reptiles to insects.

Zoologists earn a median salary of $57,710 per year, according to the United States Bureau of Labor Statistics (BLS). The nearly one-quarter of all zoologists who work for the federal government have an even higher earning potential, with a median annual salary of $72,700. Though the job outlook for zoologists and wildlife biologists is not overwhelmingly positive, with opportunities expected to increase by just five percent over a decade, there remains a strong need for dedicated professionals in the field. Government agencies may not increase hiring  due to budgetary restrictions, but research and development departments, academic institutions and scientific consulting services will still need zoologists to create conservation plans to save animals threatened by pollution, habitat loss, climate change and diseases.

Zoologists are researchers who study animals and wildlife. They investigate the physical characteristics, reproductive processes, population changes and movements of animal species. They may focus on how animals interact with other species and how humans have influenced their habitats through pollution, deforestation and climate change. Some zoologists focus specifically on protecting animal populations through developing and implementing conservation plans.