What Degree Do I Need to Be an Intelligence Analyst?

If you’re interested in becoming an intelligence analyst, a college degree is essential to reach your goals. Going to college – for any of a variety of majors and at either undergraduate or graduate levels of study – can help you develop the knowledge and skills needed to collect intelligence in various forms and from various sources, as well as to examine information that is available. 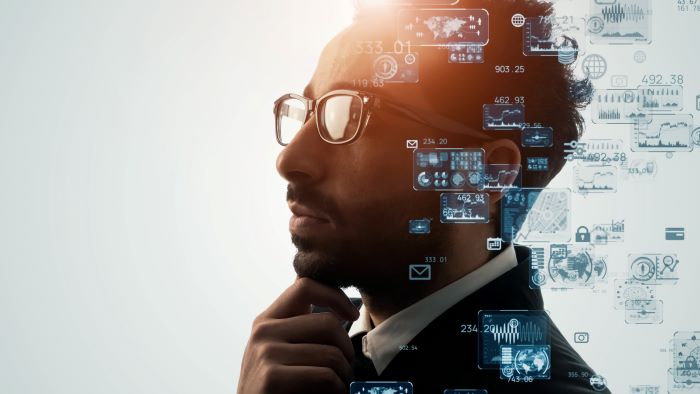 What Is Intelligence Analysis?

However, work in the field of intelligence analysis may also focus on “enemies” of a less dangerous nature, such as competitors in business markets or rivals in political campaigns.

The skilled professionals who work in the intelligence analyst community perform work like the following: 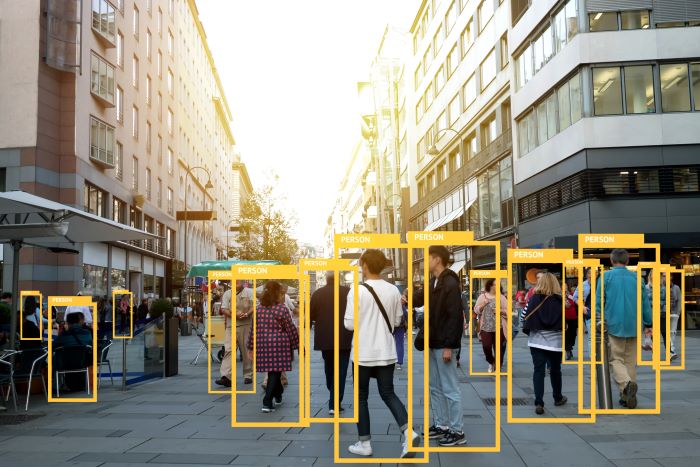 For intelligence analyst careers as a whole, the job outlook is positive, since threats to security – of the United States as a nation and of private corporations – are only growing. Although intelligence analysts often work long hours, their ability to make meaning out of hidden information puts them in high demand and allows them to command considerable earning potential. 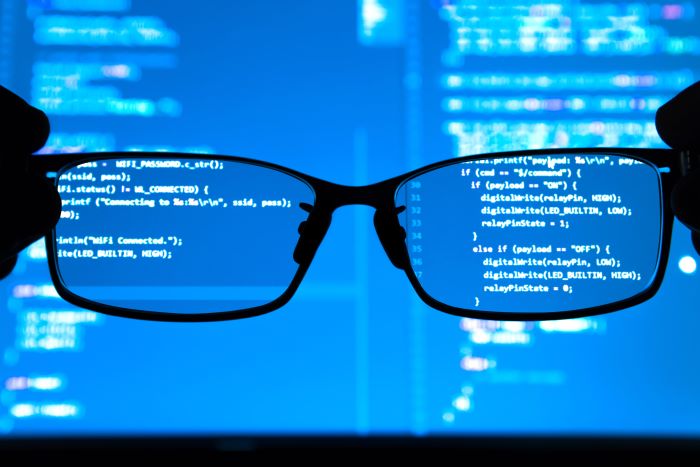 Similarly, a targeting analyst is responsible for identifying potential threats. Target analysts may focus on finding individuals, organizations, geographical regions and types of crimes that could pose security risks. Additionally, in intelligence-focused agencies like the CIA, there are military analysts, who specialize in studying and analyzing the militaries of other nations, and leadership analysts, who study and attempt to predict the behaviors and psychology of foreign leaders all over the world. 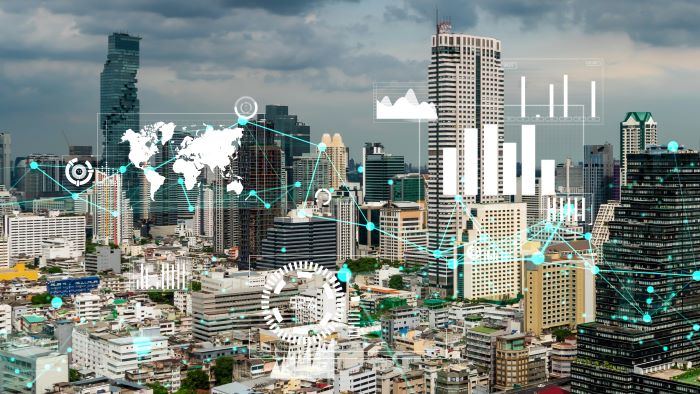 Economic trends matter to corporations as well as intelligence-focused agencies in the government. A background in economics, business administration or finance can help prepare you for the variety of roles available to economic analysts. Whether your ambition is to investigate economic crimes or manage marketing and business analytics for a corporation, a role as an economic analyst is a good fit for someone who is as interested in economic trends as they are in data analysis. 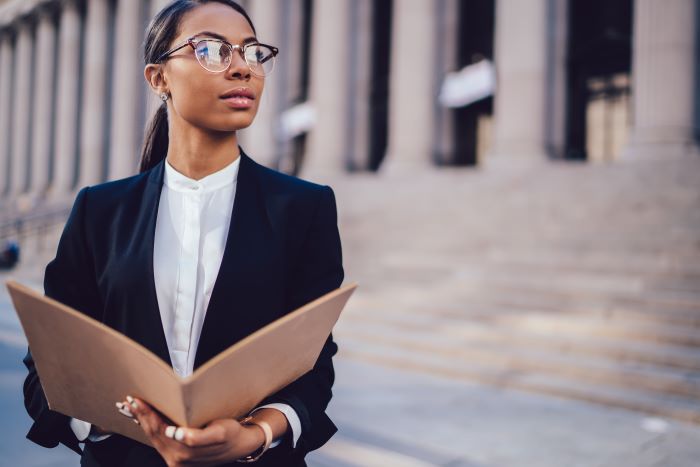 How to Become an Intelligence Analyst

Pursuing a college degree in hopes of working in intelligence analysis means making some big education decisions. You need to start your school search, which might include consulting school rankings of the best colleges, and pick a major that you think is the best degree for you. During school, but undergraduate and graduate students can apply for internships and other programs to gain firsthand experience.

After you finish your bachelor’s degree, you have multiple options going forward to prepare for intelligence analysts career roles. You might go out into the workforce and start gaining work experience in an entry-level role in your field. Alternatively, you could decide to go to graduate school. Graduate students have the opportunity to develop a more advanced level of knowledge, build an area of specialization in their field and conduct independent research.

There’s no one degree path that prepares you to work as an intelligence analyst. Students may choose to stop their studies at the bachelor’s level or pursue a master’s degree or even a doctorate, and they may select one of several diverse programs of study in which to pursue a degree.

In any case, the place to start preparing for your career in intelligence analysis is by pursuing a bachelor’s degree. From there, you may decide to join the workforce so you can start gaining hands-on experience in the field or to start pursuing a masters degree or another kind of advanced degree right away.

Majors to Consider for an Aspiring Intelligence Analyst

A prospective intelligence analyst might choose a highly specialized major, such as intelligence studies or national security studies, or they might choose a much broader area of study in which to develop the knowledge to qualify as a subject matter expert. 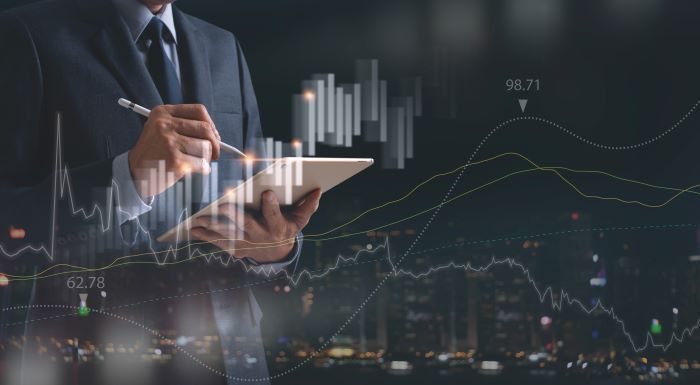 Any of these programs of study can help you become an intelligence analyst of some sort. Choosing which direction to take in your pursuit of higher education requires you to think about your interests in more specific ways.

Which degree path is the right major for you depends on what kind of intelligence analyst jobs you want to pursue. If you want to be a counter-terrorism special agent in a government intelligence department or agency, your academic path may be much different than an aspiring economic analyst or health analyst. 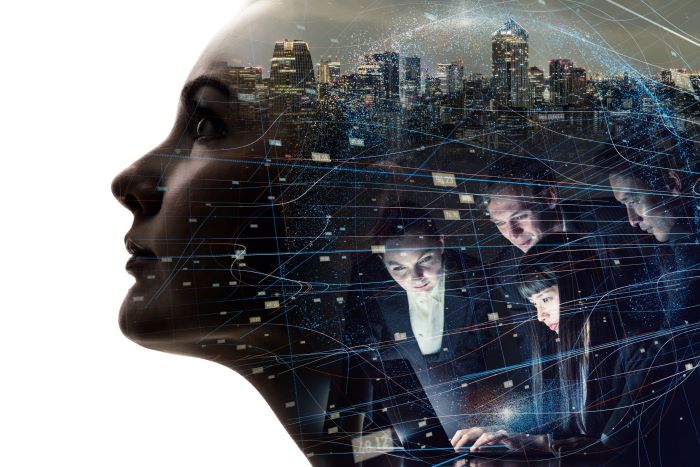 Generally, these interdisciplinary programs include at least some coursework on the introductory foundations and concepts of intelligence studies and the systems and programs used for intelligence collection. Coursework in criminal justice, law enforcement, homeland security and cybersecurity are often included in an undergraduate degree program in intelligence. Students should also expect to take some classes on the principles and methods of advanced analytics.

Majoring in national securities studies makes the most sense for students who know for sure that they want their intelligence analyst career to take them to federal intelligence agencies, although the knowledge gained through this coursework can also apply to law enforcement and business environments. 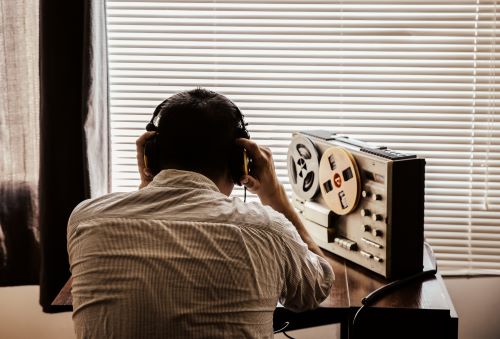 If you want to pursue this specialized area of study, be ready to take classes in all areas of the security field, from computer security studies and the design of security systems to the administration of security organizations and current events and issues in the security industry. You will probably also study areas of risk management in general, the United States government, international relations and policy, national security law and the intelligence community.

Whether they work for federal government intelligence organizations or for companies with a multinational presence, intelligence analysts often need a strong understanding of what is happening in foreign countries and between nations. After all, national intelligence often involves dealing with any potential threat that pertains to foreign affairs. As such, majoring in international relations may be a smart move for a future intelligence analyst. 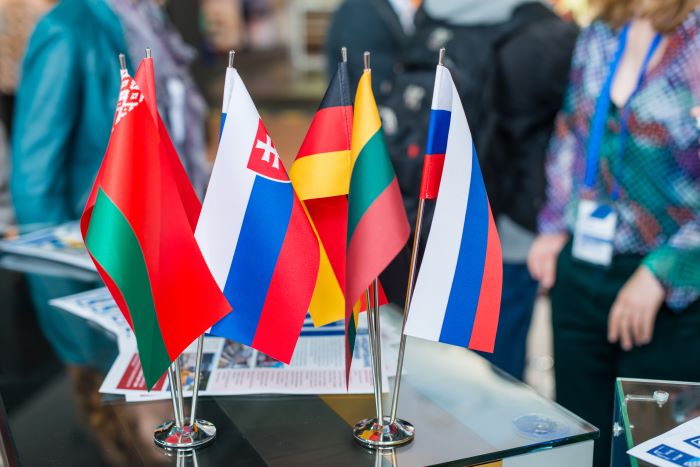 Outside of the business world, much of the intelligence analyst occupation is concerned with crime and criminal activity. Criminal intelligence analysts may work to identify threats from foreign governments and terrorist organizations, while FBI special agents may use their intelligence analysis skills to investigate violent crimes, financial crimes and drug trafficking. 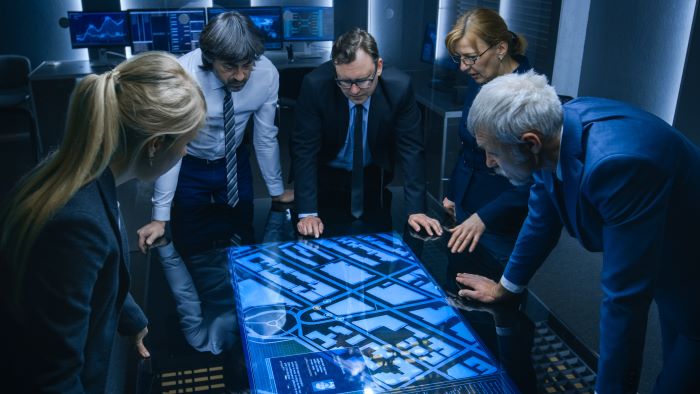 If you want to work in some security or law enforcement capacity, majoring in criminal justice can help. Your coursework might include studies in criminology, the criminal court system, corrections, criminal punishment, criminal investigation procedures, different types of crime and methods of crime prevention.

Each of these programs of study is distinct. Generally, computer science focuses mainly on computer software and the skills (like programming) and theoretical knowledge (like mathematical algorithms) required to develop computers and, especially, computer software. Information technology focuses on the application of computer technologies that include both hardware and software components to the development, maintenance and troubleshooting of computer networks and systems. Cyber security emphasizes the field of computer crimes and attacks and may focus on developing security measures to reduce the likelihood of cyberattacks and on the investigation of computer-related crimes.

If you choose to study political science, you might study the branches and procedures of the American government system, international politics, comparative politics, research methods for political science, constitutional law, American foreign policy and politics in propaganda and public opinion.

Students of economics will study the principles of both microeconomics and macroeconomics, as well as econometrics, research and experiments in economics and the applications of game theory. Elective coursework options often include economic policy, international macroeconomics, public finance, economic development and economics as they pertain to everything from health and behavior to sports. 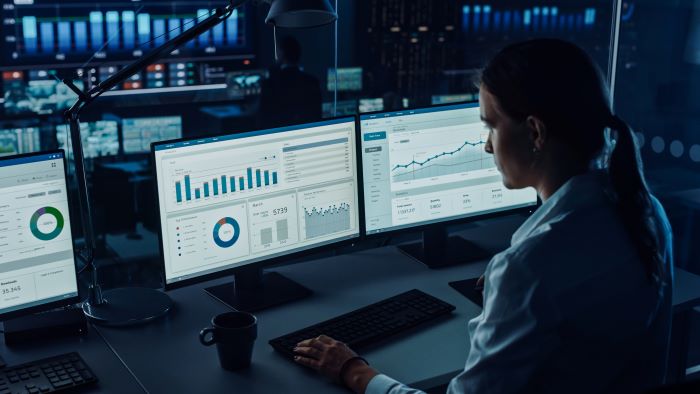 Because intelligence organizations are looking for subject matter experts in a variety of areas, you aren’t limited to the list of majors above to become an intelligence analyst. If you enjoy the life and natural sciences, you might decide to major in physics, biochemistry, biotechnology, engineering, data science or a different area of science and technology. If you find yourself more drawn to the humanities, embrace those interests and major in a subject like English, history, a certain geographical region or a foreign language. Successful intelligence analysts must be invested in the work they do, so the best degrees for cultivating the skills and reputation you need are the programs of study that most interest you.

Becoming an intelligence analyst takes more than a degree. This is a career field that will test your skills and technical knowledge in many ways.

Some of the most important skills for an intelligence analyst, according to Norwich University, are skills in intelligence collection disciplines, including the following: 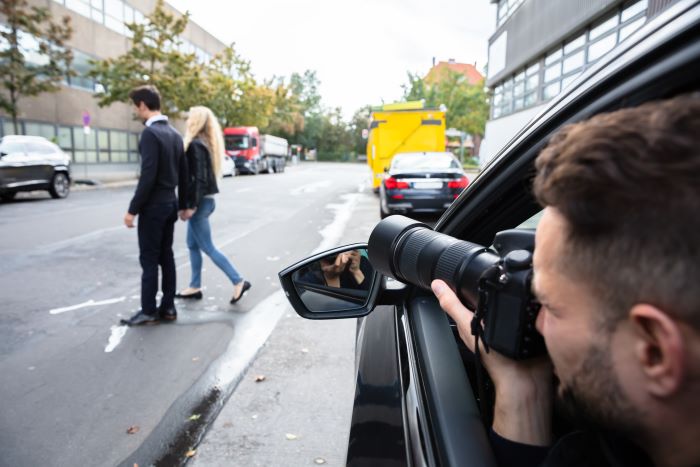 Naturally, intelligence analysts must have strong analytical skills. While the skills used to run statistical analyses using advanced computer software are technical in nature, being able to analyze the quality and relevance of information – and to determine what information you must have in order to analyze a certain problem or possibility – requires skills that aren’t particularly technical in nature.

Most intelligence analysts, at least in the roles many people first think of, work for the government in some capacity. Jobs in federal government organizations, including the Central Intelligence Agency (CIA), the National Security Agency (NSA), the Federal Bureau of Investigations (FBI) and the Department of Homeland Security, are among the most well-known positions in the intelligence analyst profession.

Intelligence analysts also work in or with smaller government entities, such as state or local law enforcement agencies and correctional facilities. In these roles, intelligence analysts may work either as employees or as outside consultants employed by technology and consulting companies. 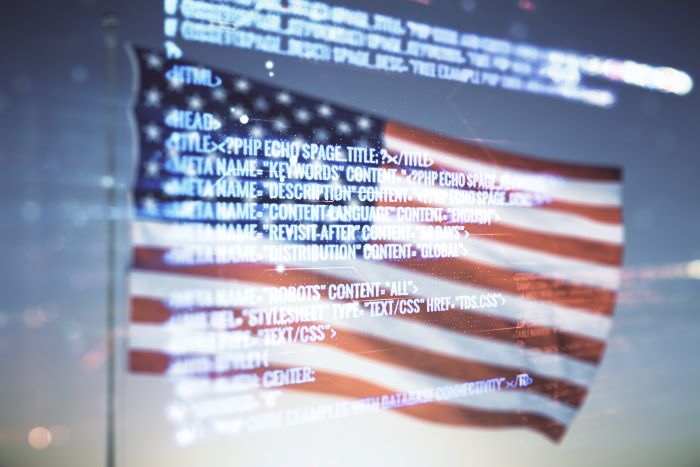 Intelligence analysts play a key role in virtually all aspects of the FBI’s investigations. An FBI intelligence analyst may be a subject matter expert in any of a wide array of areas, but their career path will fit into one of three categories: intelligence collection and reporting, tactical intelligence or strategic intelligence. Whatever path you choose will start with a 10-week FBI basic training course.

Aside from the technology and consulting companies that employ intelligence analysts to assist them in their work with government agencies, there are roles in this career path that aren’t related to law enforcement or government work. 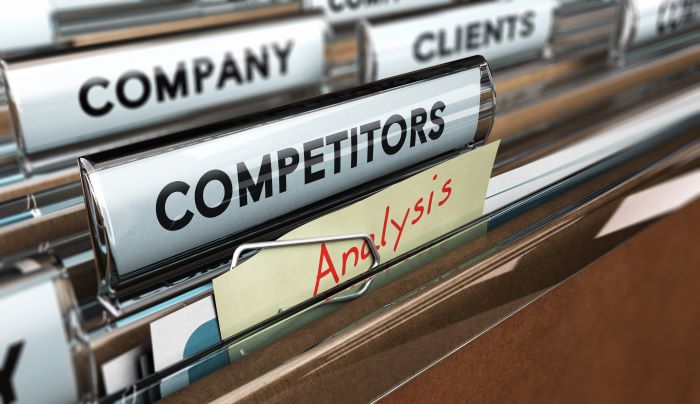 Now that you know what’s needed to become an intelligence analyst, you can start taking action.

Think about your interests and your ideal career path, and let those choices drive your subject search as you contemplate the best degrees for you. While you’re narrowing down your choices, look at school rankings, the cost and value of your education and other factors that distinguish your top choice schools from other colleges and universities.

Ideally, you should search for a degree program that offers opportunities to gain experience and specialized knowledge in your area of interest. Having some real-world experience can help put you on the path to become an intelligence analyst. 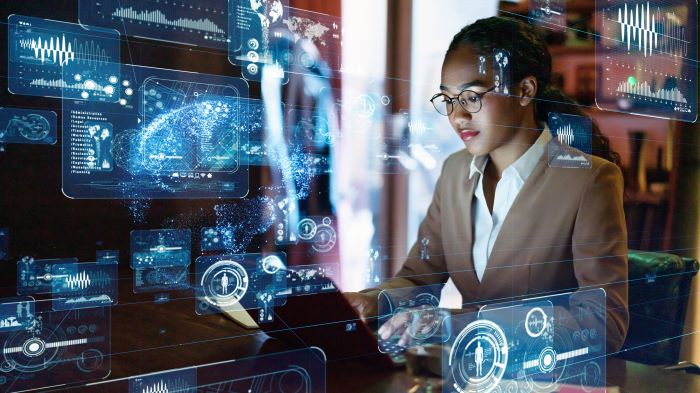 Can You Earn an Intelligence Analyst Degree Online?

For some students, flexibility and convenience are some of the most important factors to consider in planning their education. The easiest way to prepare to become an intelligence analyst may be through earning a degree online.

There are online degree programs that could prepare you for a career as an intelligence analyst, although you may need to complete in-person fieldwork experiences or gain professional work experience first before you have the extent of hands-on technical skills needed to succeed in this career.

Students should know that just because online courses are convenient doesn’t mean they are easy. Online coursework offered by reputable, accredited colleges and universities typically covers curricula just as rigorous as you would find in an in-person class. However, if you go into your online studies with realistic expectations of rigorous coursework and the self-discipline to log onto the virtual classroom platform consistently, online courses can help you prepare for a new career with minimal disruption to your life.

What Degree Do I Need to Be a Policy Analyst?

What Degree Should I Get to Join the CIA?

What Degree Should I Get to Join the FBI?

What Degree Do I Need to Be a Crime Analyst?