What Kind of Fields use a 3D Modeler? 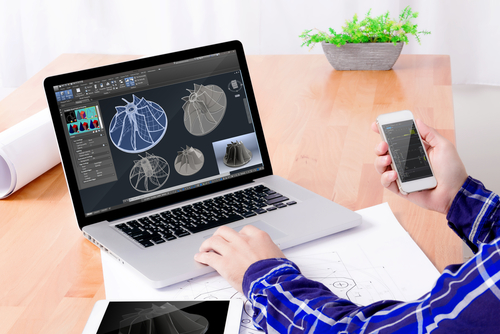 3D modeling market is expected to expand by a whopping 26 percent over the next five to six years according to a report created by MarketWatch. This figure is further accompanied by an anticipated market value that many are predicting will break $6 billion by 2023. Given such forecasts, it comes as no surprise that more and more people may soon start looking into the area of 3D mapping and modeling. Before doing so, however, all 3D modelers should get informed on the directions in which their careers could go. After all, not everyone who pursues this particular area of expertise will end up working in the same industry. To that end, what are the most common fields that rely on 3D modelers?

Expectedly, one of the largest employers of 3D modelers is the entertainment market. It is important to note that the entertainment industry includes everything from TV shows and movies to celebrity music videos and promotional materials. Thus, there are a few more sub-sectors of the entertainment world where the 3D modelers could work on specialized projects. Some of the most common job duties related to working in these scenarios would include getting trained on the proper adaptation of special effects often used in movies, making visual environments based on green screens, and adding artificial or supernatural occurrences to the frame. Moreover, working in the entertainment industry is the quickest way to reach Hollywood as many top-tier 3D modelers have to relocate to be closer to the region of their projects.

Similar to the entertainment industry, the advertising market also relies on 3D modeling for things such as special effects and visual aids. Their role here mostly revolves around the optimization of marketing campaigns that are employed to make them interesting and appealing to the targeted audience. Nonetheless, the specialists who have had proper training and experience will usually have a plethora of independence to go about their projects as they seem fit. Hence why the Viz World magazine has labeled 3D modeling as a game-changer for the marketing realm.

While having the necessary technical expertise, 3D modelers who are interested in pursuing this particular field should also acquire some additional skills. The most important skill revolves around understanding marketing and certain business concepts that allow companies to base their advertising campaigns on customers’ interests. Also, being aware of the external factors that may play a role of advertising engagements is recommended as all campaigns need to be appropriate for the time and public mindset.

If someone was to look at the original editions of the popular video game “Grand Theft Auto,” for example, they would probably be amazed at how much weaker the graphics are when compared to modern-day games. For instance, the last Grand Theft Auto, which was the fifth edition, contains visual representations and graphics that are borderline life-like. This is where 3D modeling came in. As one may expect, designing video games that rely on realistic effects is something that 3D modelers are concerned with. Another common field that utilizes their services is the gaming sector. Of course, it is important to note that this particular market is nowhere near the size of the previously mentioned two. This is because the global interest in movies and marketing is much higher than the global interest in video games. Notwithstanding, those who join this sector will still enjoy a lot of lucrative opportunities as well as a steep learning curve based on fun and engaging projects.

Architecture is the field that many argue has relied on 3D modeling for the longest period. In fact, there are a lot of professionals who believe that certain versions of current 3D modeling and mapping were invented solely for the design and construction of buildings. As far as the job roles pertinent to this particular sphere, modelers can expect to be responsible for a lot of blueprints and original drafts concerning construction projects. Their objective is to present a visual end-goal that will help the workers, investors, and any other third parties figure out exactly what the purpose of the engagement is. Naturally, 3D modelers will have to undergo some additional training to be able to handle the high level of responsibility related to precise drawing and planning that perpetuates safe development.

Although it is probably the smallest industry when it comes to 3D modeling, the science sector tends to use on these professionals as well. Some common examples include doing forecast models of earthquakes in geology. That way, scientists can try to predict the effects of natural disasters and help the public prepare for them. Also, 3D modeling is very common when it comes to the design of technical tools and machines that are used for experimenting.

Finally, a lot of 3D modelers work in multiple fields as freelancers. For those unfamiliar, this means that they are basically in charge of all of their projects without being managed or directed by any employer. The greatest benefits of such a career path include a plethora of independence as well as the modeler’s ability to manage time as he or she pleases. The shortcomings, however, include things like added taxation from self-employment earnings and a lack of predictable engagements. Usually, the ones who choose to take their career in this direction are people who favor working from home and having enough freedom to run their ventures to adhering to someone else’s guidelines.

Unfortunately, the list of fields that one could look at here runs somewhat short. So, these six markets are probably the safest route for any aspiring professionals. And even though six markets may not seem like an enormous amount of alternatives, they are sufficient to provide an average salary of over $72,000 for more than 73,000 active multimedia artists accounted for by the Bureau of Labor Statistics.