Should I Get a Master’s to Become a 3D Modeler? 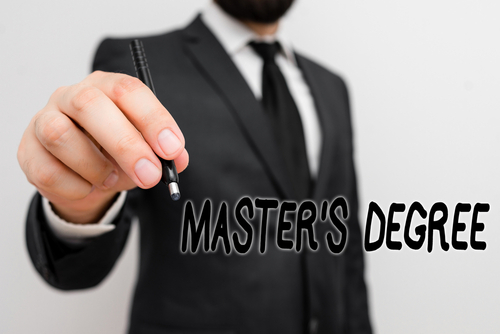 Individuals aspiring to become professional 3D modelers are often going to find themselves analyzing the educational requirements for the profession. After all, being able to enter this field is based on one’s technical skills and knowledge of 3D software. Thus, a general rule of thumb states that the more proficient a person is, the more likely they are to be given good employment opportunities.

Sometimes, however, candidates have to consider certain trade-offs before declaring a prolonged academic career. In translation, those who are not sure if they should pursue graduate or post-graduate programs usually conduct a cost-to-benefit analysis. So, as far as the industry of 3D modeling is concerned, should students get a master’s degree before formally joining the workforce?

The Possibilities Absent From a Master’s Degree

The best starting point for the discussion here is to glance over some of the notable benefits of simply joining the labor market with a bachelor’s degree. According to PayScale, an average modeler will have a salary just above $53,000. This accounts for those who decide to start their full-time career as soon as they graduate college with an undergraduate degree. From that point on, their prospective salary increases are around $5,000 to $10,000 for every 4-5 years of added experience. Thus, the opportunities and earning outcomes for those who decline to get a master’s in 3D modeling are still going to exist. However, people who start working after getting the graduate-level degree will easily be able to set a starting salary greater than $60,000. This will be discussed in more detail shortly.

After realizing that a master’s degree is not mandatory for someone to work as a 3D modeler, students can then focus on the cost-to-benefit analysis not skewed by the industry guidelines. To that end, it is important to study the expenses associated with the said academic program. Unfortunately, there is no clear-cut way to dissect all the costs related to the program as students have to look into their situations. For instance, someone who plans on attending an out-of-state institution will pay two to three times more than a person who qualifies for in-state waivers.

Additionally, those who are going to top-level, private colleges will usually need to spend more on their education than someone who has decided to go to a public university. Nevertheless, an approximate amount of capital that should be put away for a 2-year master’s degree in 3D modeling will go anywhere from $20,000 to $60,000. Naturally, this does not account for outliers such as students whose education might be fully sponsored via scholarships or those who are paying many times more due to their circumstances and schools in question.

Besides the thousands of dollars that have to be spent on a master’s degree for 3D modeling, there is also a very real opportunity cost. For those unfamiliar, this is an economic term that showcases the price of the highest-valued alternative. So, since the alternative here would be to simply skip the master’s degree and immediately start working, its value is around $53,000. Why? Because it was shown earlier that an average 3D modeler will earn approximately this much money when they enter the field with a bachelor’s degree. Thus, the aforementioned tuition and fees are not all of the expenses, just the direct ones. The fact that the student will be missing out on potential earnings for no less than a year and a half to two years must be included in the calculation. Therefore, the actual expense that will have to be exceeded by getting a master’s degree stands at around $130,000 to $160,000.

Of course, if all the byproducts of 3D modelers getting a master’s degree were negative, virtually none of them would ever agree to the notion. This is certainly not the case as thousands of individuals decided to pay the extra money and spend another two years going through extensive coursework. This is because it puts them in a much better negotiation position. For instance, starting salary for someone with a master’s degree in 3D modeling is often above $60,000. Not to mention the fact that the number of opportunities in the market for 3D modelers who just graduated with a master’s degree is going to be a lot more diverse when paralleled with anything that someone with an undergraduate degree would see. Additionally, as per the GoodCall Magazine, individuals with a graduate degree will, on average, earn about $17,000 more per year. Thus, that initial cost that was roughly estimated at $130,000 to $160,000 will be fully paid off in 8 to 10 years.

A lot of candidates tend to overlook the fact that getting a master’s degree means that they will undergo a ton of demanding classes. Expectedly, their technical skills will be much more developed than that of any competitor applicants who decided not to pursue graduate school. While this is very important in terms of negotiations and salaries, it is also great for responsibility and leadership roles. For example, a 3D modeler who is entering the workforce with a master’s will usually be given managing and leadership roles over modelers who do not carry the same credentials. This allows for a much more engaging and exciting job that can help reduce the burnout rate.

Therefore, the decision to pursue a master’s degrees depends on the individual’s desires. For individuals who are yearning to get started with their career and work on modeling projects, a master’s degree is probably not something that they should focus on. On the other hand, 3D modelers who do not mind spending more money and a few extra semesters covering material that specializes them for a certain topic should certainly consider a graduate program.