Once you narrow down your choice of a college major to mathematics, you may find that you have another decision to make. Should you earn a Bachelor of Arts (BA) degree or Bachelor of Science (BS) degree? While some colleges and universities offer only a BA or only a BS in mathematics, others allow students to choose between the two degree options. The differences between these degrees include the approach to education and the graduate and career opportunities available to students, but there are also many similarities between BA and BS degrees in math. 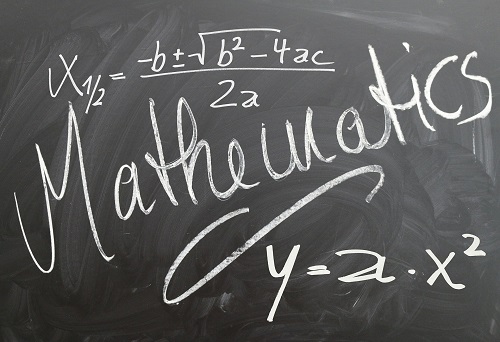 The biggest factor that determines whether a math degree is a BA or BS degree is the approach to education. A math degree program that is offered out of a liberal arts college is typically a BA degree, while those that are part of a science or engineering school are more likely to be BS degrees.

A liberal arts degree includes an emphasis on the social sciences, humanities and languages. In a degree program that is based in the liberal arts, students do not just learn specific facts and technical skills, but also more versatile skills in critical thinking, communication and learning. BS in mathematics degrees, on the other hand, may include a more natural and physical science-intensive curriculum and fewer courses in social sciences and the humanities. 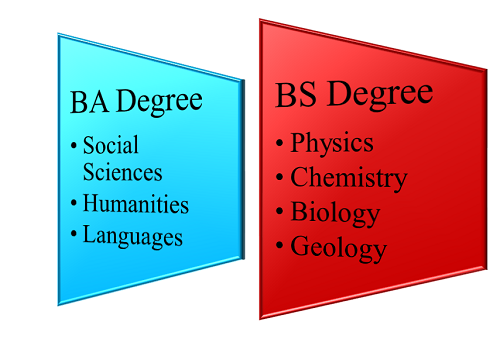 Whether you choose a BA or a BS degree program in math will affect the courses you take as a student. In a BS in math curriculum, you may take more math courses, and they may be more slightly complex or advanced in nature. You should expect more extensive requirements for taking science classes such as physics, chemistry, biology or geology. As a result, you might have fewer electives and less flexibility to take courses unrelated to your major simply because they interest you or educate you about a niche area in which you might eventually want to work. BA programs are more likely to have more extensive foreign language requirements. The studies in the humanities and social science that you must complete in a BA degree program may seem easy to some math majors but to others are difficult in their own way, often due to their subjectivity and reliance on written work.

The critical thinking and communication skills students learn in a liberal arts program are often valuable later in life, not only in their mathematics careers but also in developing an educated and well-rounded view of the world and historical and current events.

Preparation for Master’s in Math vs. Non-Math Graduate School Programs

Another difference between BA and BS in math degrees is what opportunities the educational path prepares students to enter. A BS degree might focus more narrowly on preparing students for graduate programs in mathematics, emphasizing mathematical proofs. You can still go to graduate school with a BA in mathematics, but this degree is a better choice for students who plan to go to graduate school in a field such as education, business or engineering.

Ultimately, whether you go to graduate school and what you study there will affect your career path. A BA in math might be an excellent path if you are an aspiring math teacher or want to work in a field like finance or economics. Mathematicians working in certain scientific research and development or in other mathematician industry roles might benefit more from having a BS degree.

Most mathematician jobs do require a master’s degree, the United States Bureau of Labor Statistics (BLS) reported. The opportunities available with a bachelor’s degree include government mathematician and statistician roles.

Similarities Between BA and BS in Math Degrees

Despite these distinctions, BA in math degrees and BS in math degrees have more similarities than differences. Regardless of which type of bachelor’s degree you earn, you will complete math classes in algebra, calculus and differential equations, according to the BLS. Often, students take some coursework in statistics, physics and computer science, as well.

While there are some subjects of study in which a technical, science-based degree like a BS might be preferable to a liberal arts BA degree, math is not one of them. Employers of mathematicians typically don’t give preference to job candidates based on whether they have a BA or a BS in mathematics. Generally, many of the same jobs are available to students regardless of which kind of undergraduate math degree they attained.

If your school offers both a BA and a BS in math, you should look at the curricula for both degree programs and decide which option appeals to your interests, strengths and goals. Some students want to dive into advanced math courses, while others enjoy humanities courses.

Which degree is better: BA or BS?

What Kinds of Undergraduate Degree Programs Are There?

What Degree Programs Can I Major in at a Liberal Arts School?