What Is a Good Salary for a Behavior Analyst?

Knowing what salary to expect is part of making an informed decision about your career. For prospective behavior analysts, average salaries are strong, in the high $50,000 range, although those with less experience and less education can earn considerably less. For the best earning potential in the field of behavior analysis, you may need to advance to a leadership position, but attaining these high-paying roles often requires cultivating plenty of work experience as well as getting an advanced education and maintaining professional certification. In addition to having the possibility to earn a good living, behavior analysts enjoy the opportunity to improve the lives of clients they work with and their families.

Wages for Board Certified Behavior Analysts (BCBAs) aren’t necessarily lucrative, but they aren’t bad, either. The average wage is well above that median salary for all occupations in the United States, $38,640, according to the Bureau of Labor Statistics (BLS), and salaries on the higher end of the earning potential spectrum are as high as $70,000 to $80,000.

The Houston Chronicle reports an average salary of $57,354 per year for behavior analysts but notes that the range of salaries is wide. Some behavior analysts make under $40,000, while others make over $77,000.

What is responsible for causing such a big range of potential salaries for behavior analysts? Factors such as your amount of experience, your level of education, your level of seniority, your work setting and your location can all play a part in determining how much money you make. 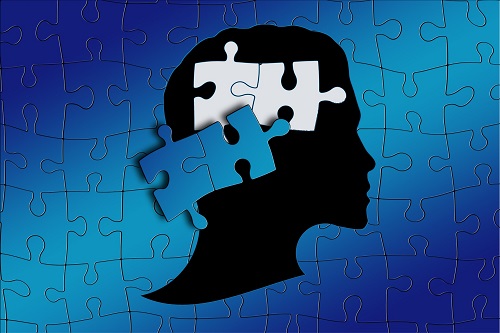 Experience is among the biggest elements contributing to your income potential. Among applied behavior analysis professionals with a master’s degree, it’s common for those with five years of experience to make $5,000 or more per year above what entry-level ABA roles make. Those with 10 years of experience can easily make $13,000 to $20,000 more than those in entry-level roles. As far as education is concerned, ABA professionals with a master’s degree see an entry-level salary that’s equivalent to what those with only a bachelor’s degree are earning once they acquire five years of work experience. The highest wages are often reserved for ABA professionals who work their way up into leadership roles such as assistant director or program director.

One reason why level of education impacts wages so much in this career is because a master’s degree or doctorate is needed to be a BCBA. With only a bachelor’s degree, you can only work in the supervised role of BCaBA, instead of independently as a BCBA.

If you’re surprised at the wages reported for behavior analysts, it could be because you are thinking of the amounts billed for services in applied behavior analysis treatments. Often, treatments are billed at a rate as high as $50 to $80 per hour. Yet, if you do the math, that $57,354 average salary figure reported by The Houston Chronicle breaks down to just $27.57 per hour.

The reason for this big discrepancy is because the billed amounts for treatment often fail to reflect how much behavior analysts are really making. For one thing, insurance companies often pay the practitioner a discounted rate that is less – sometimes, a great deal less – than what the original bill states. Then there are the other elements of employment that factor into the equation.

If the behavior analyst works for a treatment center, hospital or another facility as an employee, he or she is not receiving the full amount of what insurance pays for the services. That amount goes to the company, which pays the practitioner a salary, but which also has other personnel and bills to pay. If the behavior analyst is self-employed, he or she does receive the full amount the insurance company pays but is also responsible for paying all of the expenses of running the business, from the cost of leasing office space to the payroll for any administrative support staff.

Behavior analysts also work on interpreting a client’s behavior assessment and developing or adjusting an intervention plan outside of the time that is spent meeting the client in a clinical setting. This work is necessary but sometimes not billable – in other words, unpaid.

What Is the Demand for a Degree in Behavior Analysis?