There’s no one level of education that you must have to work in the field of behavior analysis. Instead, there are numerous roles within the field that work together to achieve better client outcomes in clinical practice. The best jobs – that is, the ones with the highest pay rates, most plentiful job prospects and greatest scope of independent practice and job duties – require the highest levels of education, which is why those who really want a good job in this field should earn a minimum of a bachelor’s degree or master’s degree. 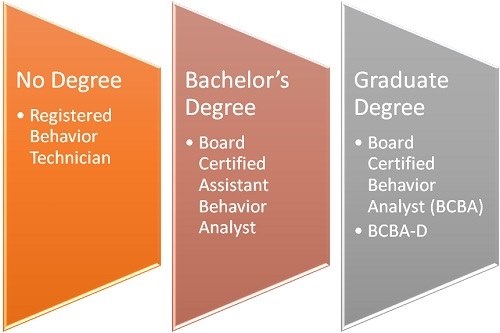 Careers With Non-Degree Training Programs Only

Since the Behavior Analyst Certification Board’s RBT credential first received accreditation from the National Commission for Certifying Agencies (NCCA) in 2016, more than 28,000 candidates worldwide have gone on to attain this designation. A 40-hour training program is required for the credential, but this training can be completed through a non-degree-granting college program, a program offered by an outside agency or an on-the-job training program used by certain employers and organizations.

RBTs can’t work independently and make less than the median salary the United States Bureau of Labor Statistics reports for all occupations. This may keep candidates from viewing it as a “good” job, but it also costs little time and money to prepare for the role.

Assistant Roles With a Bachelor’s Degree

Generally, the lowest level of education that leads to what would widely be considered as a “good” job in behavior analysis is a bachelor’s degree. More specifically, you would need a degree from a four-year undergraduate program that offers specialized coursework in the content areas required by the Behavior Analysis Certification Board. Typically, a bachelor’s degree program that has attained accreditation from the Association for Behavior Analysis International would fit this requirement.

The credential you can earn with this background is Board Certified Assistant Behavior Analyst (BCaBA). This role has more expanded job duties compared to that of RBTs and can be responsible for supervising that lower-seniority role. In fact, many of the responsibilities of a BCaBA are similar to that of the professional non-assistant-level role, including carrying out behavior assessments, interpreting the data and identifying a treatment plan of interventions to establish. The biggest difference between what BCaBAs do and what full behavior analysts do is that BCaBAs are permitted to practice only with the supervision of a certified behavior analyst. With PayScale reporting an average wage of $43,364 for BCaBAs, this role offers better income potential than RBT, but wages are still on the low side among workers with a bachelor’s degree.

BCaBA may constitute a good job by many definitions, but the opportunities are better among candidates with a master’s degree. In fact, in the same timeframe when job listings for BCaBAs grew by 76 percent, those for behavior analysts rose by 116 percent. 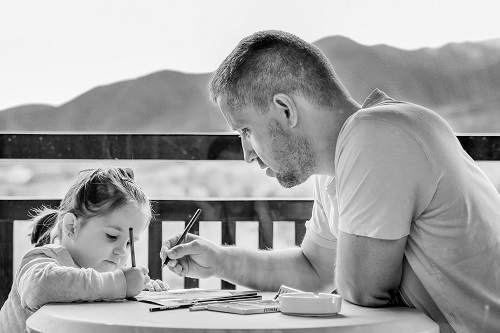 It takes a graduate education – in the form of a master’s degree or a doctorate in behavior analysis, psychology or education – to qualify as a Board Certified Behavior Analyst. In this professional non-support role, BCBAs have the full rights and privileges to practice independently in the field of behavior analysis without requiring supervision.

BCBA is the best job role in the field of behavior analysis, but when it comes to deciding which degree to pursue so you can acquire this credential, there are pros and cons of either option. BCBAs with a Ph.D. or other doctorate degree earn a great deal more, with PayScale reporting an average salary of $83,000 with a doctorate compared to $59,248 without one. However, there’s a tradeoff.

Doctoral programs can easily take twice as long – if not longer – to complete compared to master’s degree programs. You are spending a great deal more in tuition costs, as well as time and hard work, for essentially the same credential, because the BCBA-D designation doesn’t add to your scope of practice. Doctoral programs may also be more difficult to get into than master’s degree programs. When it comes to employment prospects, it can be hard to say which degree option is better. Overall, job listings for BCBAs saw considerably more growth – 116 percent compared to just 39 percent – than those that specifically called for candidates to have the BCBA-D credential. However, the increase in the number of jobs for which the BCBA-D designation is “preferred” – 186 percent – was more dramatic than the growth in any other type of behavior analysis credential.

Earning a doctorate increases average earnings by more than one-third, but whether it’s worth the extra student debt and the opportunity cost of spending several more years in school is a question only the prospective student can answer.

Are There Community College Programs in Behavior Analysis? Are They Worth It?

What Can I Do With a Bachelor’s Degree in Behavior Analysis?

Should I Get a Master’s Degree in Applied Behavior Analysis?

Will A Ph.D. Help Me in the Field of Behavior Analysis?