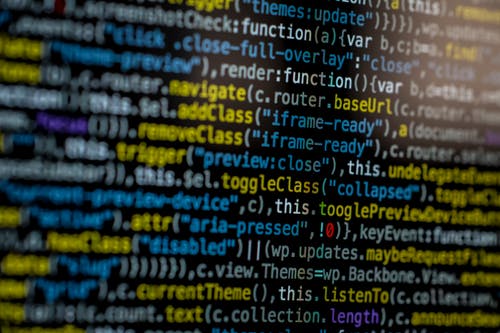 A person who wants to become a computer programmer might wonder if learning a language like C++ will make it easier to learn a language like C. This is important to know because employers often seek programmers who know multiple languages and learning a new programming languages can be time-consuming and take up a lot of a person’s energy. Knowing whether or not starting with C++ will make it easier to learn other languages helps a person plan their learning process and make the most of their time.

Why C++ Is a Good Starting Point for Coding

C++ was created by Bjarne Stroustrup at Bell Labs in 1979. Although this might make C++ seem older than dirt for coders under the age of 25, it simply means that C++ is so solid that it is still widely used and supported more than 40 years after its creation. A lot of technology is built upon C++, explains Educative. Basically, anything with a graphic user interface (GUI) uses C++. This means everything from video games to the Internet of Things to artificial intelligence software makes use of C++. A person interested in coding games, apps or interactive sites will need to know C++.

C++ Is Salt of the Earth

C++ is as close to assembly code as it gets. While other programming languages are built around frameworks, C++ is built around the computer. A person who learns C++ also learns how the computer itself works. Learning C++ before another language allows a person to learn programming from the ground up. Just like when a crew is building a house, they start with the foundation, not the rooftop or the light fixtures.

Ralph Waldo Emerson said, “Life is a journey, not a destination.” When learning a basic and essential programming language such as C++, it prepares the mind for some of the more complex languages with more bells and whistles. When the brain has a solid foundation in the basics, learning the intricacies of the subject matter is not as difficult. After learning C++, a person will have better skills and a stronger aptitude for learning a more detail-oriented language, such as CSS or Python.

Expect Learning to Take a While

Just because C++ is basic does not mean that a person can learn it in a day. When a person learns their first programming language, the process requires an entirely new way of thinking. C++ is written in a way that provides a person with a solid foundation for thinking in code. It is similar to the way that learning Latin sets up a great foundation for learning French, Portuguese, Italian and Spanish. Learning C++ sets the stage for an easier experience in learning the in-demand languages, such as PHP, Python, JavaScript and SQL, explains Free Code Camp.

The Learning Process Is a Cycle

Anyone who wants to be a computer programmer should plan on learning three, four or even more languages. It is best to start with a language, such as C++, that is foundational and helps a person learn the inner workings of what makes a computer do its thing. Understanding if learning a language like C++ will make it easier to learn a language like C helps a person plan their college classes, downtime, continuing education plans and professional seminar attendance.

What is the Easiest Computer Language to Learn that Will Help Me Get a Job?