What’s the Difference Between Coding and Programming? 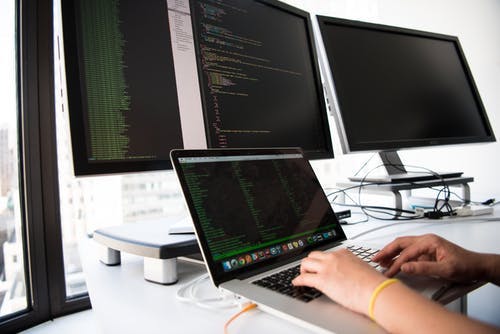 The word coding almost always makes people think of programming, yet coding is on a much wider spectrum. Coding is the process of entering specific codes to tell a computer what it needs to do. It’s a language of its own. When we talk to human beings, we tell them what we want them to do. They understand our language.

Unfortunately, we can’t tell the computer what to do because computers don’t understand our language. This is where coding and coders come into play. Coding is taking the instructions we want our computer to understand and turning them into a language the computer understands. Coders must have a solid knowledge of the programming language in which he’s writing.

Unlike coding, which is just the beginning step of an application, programming is the first, middle and final step, and it involves analysis, research, testing, debugging and troubleshooting. Programmers also analyze certain problems that may occur and determine ways to eliminate these problems so the application functions perfectly.

How Are They Different?

Before we can fully understand the difference between coding and programming, it’s important to understand that coding is a form of programming, but programming may not necessarily always be coding. Programming is a much larger part of software creation. The coder writes the code telling the computer what it should do, but it’s the programmer that puts it all together, analyzes it, tests it, monitors it and performs any debugging that might be necessary.

Another way that programing and coding are different is that coding is not just restricted to computer programs. It’s also used for various other purposes, such as database use, spreadsheet use and medical coding and billing, among others.

How Important are Coding Skills?

U.S. News & World Report stated in 2016 jobs that included coding paid $22,000 more than jobs that did not include coding. This may have a lot to do with the fact that programming is generally used for computer programs, whereas coding is used not just with computer programmers designing websites but also in various other industries. One example can be found in the healthcare industry. Codes play an important role in electronic medical records. Medical coders and billers use codes to identify patient records and medical claims.

The U.S Bureau of Labor Statistics reports that medical records and health information technicians, the professionals who do the coding, should see job growth of 11 percent between the 2018 and 2028 decades. Programmers, on the other hand, are predicted to see a negative seven percent decline during this period. One major reason for the huge difference is that coding is used in so many businesses and so many industries. Being proficient in coding can be vital for employees in many jobs.

As technology continues to evolve and grow, the need for technology features such as coding will continue to grow. While being proficient in programming is important, knowing the difference between programming and coding can add a lot to a candidate’s career goals.

hould I Get a Master’s Degree to Be a Programmer?