Is Getting a Certificate Instead of a Degree in Computer Science Going to Help Me Get a Job? 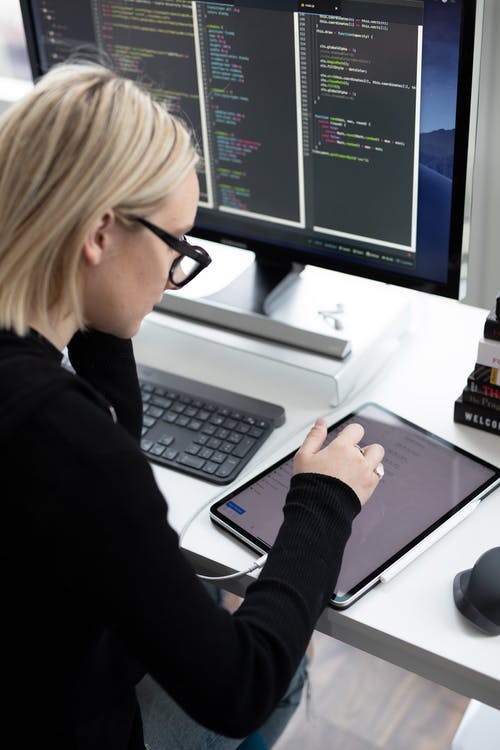 Many people gravitate toward careers in computer science because the demand for these professionals continues to grow. However, some people might rightfully wonder if it’s necessary to get a degree in computer science to get a job. This has a great deal to do with the amount of student loan debt that might be required to get a computer science degree. This is particularly true for those who get advanced degrees.

In light of this, many would-be college students are asking themselves if they should forego the degree and opt for an IT certificate instead. That may not be the right question to ask, though. Here’s why.

These days, the average person graduates with more than $37,000 in student loan debt, according to Debt.org. Regardless of the career field that a person goes into, it’s difficult for most people to justify numbers like this. As University of the People points out, the advantage to a certificate or diploma program is that it gets a person into the job market a lot quicker.

In light of this, the short answer to the question is, yes, it is possible to get a job in the computer science industry with just a certificate, and given the amount of money that people spend on a degree, it’s understandable why they question the value of that degree. The expediency with which they enter the job market and the fact that they have no student loan debt makes people gravitate toward the certificate-only route.

Despite how much it costs to get a degree, there is a pretty common argument for getting an IT degree: moving up. In many work environments, the only people who can advance in their IT careers are those with a degree. The lowest degree level that people can enter the field with, provided that they go the degree route, is the associate’s degree.

This degree teaches students about the scientific method, how to develop critical thinking skills and gives them an introductory background in computer languages. It opens the door to jobs, like software engineer, database administrator or information technologist. Further, it’s usually possible to get an associate’s degree at a community college, which typically costs less than a four-year university, according to the National Society of High School Scholars.

Bachelor’s or Master’s in Computer Science

People who hold more advanced degrees in computer science make even more money still. Advanced degree in this case means someone who has at least a bachelor’s degree, though it could be a master’s degree as well. These degrees provide students with the deepest and broadest degree of preparation possible. They learn about design, development, operating systems, computer languages and other pertinent skills. For people who want to work for companies that only promote those with a bachelor’s degree or higher, then this is the best way to go.

At this juncture, some may question whether or not it’s beneficial to get a higher degree than a bachelor’s. Holding a master’s degree in computer science can be a good move. Many people today already hold bachelor’s degrees in the field. If all other things are equal, then it may be that the candidate who holds the master’s in computer science is the one who’ll get the job.

What About Student Loan Debt?

While it’s always smart to try to sidestep borrowing money by getting scholarships and grants, taking out student loans can still be a reasonable prospect. According to US News and World Report, IT professionals make almost $63,000 a year on the low-end of the scale and nearly $107,000 a year on the high end of the scale. Eighty-two-thousand dollars a year is the mid-range salary for an IT professional. ComputerScience.org goes as far to suggest that those with the most education and the most experienced combined make even more than $107,000 a year. They make upwards of $132,000 per year.

Because these jobs allow a person to make more money in the long run, a degree that gives a person the skills to do the job is considered a wise investment by many. These jobs usually come with an excellent salary, which means it’s easier to pay off student loans faster.

Is a Certificate not Worth It?

Finally, it’s important to remember that it’s not an either/ or prospect. The people who move up the most in an IT career often have both a bachelor’s degree and several IT certifications. From the degree program, the IT professional learns about mathematical reasoning and the scientific method, has been exposed to a broad liberal arts education and makes many professional contacts that could prove invaluable in the job market.

From the IT certificates, the would-be job prospect learns and continues to learn about computer languages, advances in computer technologies and other relevant skills. Because the tech industry changes constantly, those who continue to educate themselves remain relevant. People who have had both types of training stand to make the most money and to move up the fastest in the long run. It turns out that the wisest choice isn’t a choice at all. More education, of all kinds, equals more money in the IT industry.