Are 8-Week Boot Camp Programs in Web Development Worth My Time? 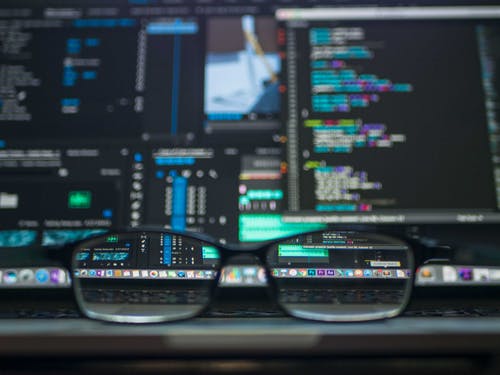 Educational Requirements for a Web Developer

Different employers have different educational requirements for their web development jobs. Before a person invests in an eight-week boot camp in web development, it would be a good idea for them to peruse some job listings and find out what the educational requirements are for the jobs that appeal to them. According to the Bureau of Labor Statistics, a person could be a web developer with a high school diploma and extensive knowledge of web development that they have gained on their own, through occasional classes, through different certifications or from a boot camp. Other employers might require a web developer to have a relevant bachelor’s degree. They might need to major in computer science, computer programming, information science or something similar.

Refresh Knowledge from the Past

Web developers need to stay on top of additions and changes to programming languages. One way to do that is through an eight-week boot camp. Perhaps a person earned a degree in computer programming, but the economy tanked, and they had to find a job in a different type of work. Since the economy has been growing for a few years, now might be the time to reenter the field of web development. An eight-week boot camp could help a person refresh their knowledge, especially if it has been a while since they did much development work other than as an occasional hobby or project.

Throughout their careers, web developers have to stay up-to-date on new tools, techniques, trends and computer languages. Clients want their sites to accommodate modern functionality. They want their sites to perform well in all of the mobile environments. Users demand a smooth experience, including fast loading speeds, easy browsing of text and images and full encryption for the safety of their personal information. A web developer could attend an eight-week boot camp to keep up with what is new in the field. Some employers will even pay for the web developer to attend such a boot camp, especially if the developer agrees to remain loyal to the employer for a specific length of time after the completion of the boot camp. In this regard, the boot camp functions as a sort of continuing education system.

Start the Learning Process for a New Career

A new learner has to start somewhere. An intensive boot camp requires a new learner to fully immerse in the subject material. For something like web development in JavaScript, HTML, CSS or Flash, this is critical. There is so much to learn, that a haphazard approach could just be a waste of time. An organized boot camp with dedicated instructors who are good educators forces the participant to set aside distractions and focus on the learning process. According to CIO, an eight-week boot camp in web development is worth a person’s time if they want to make a career change. A person who used to work in tech support, graphic design or something similar may have a little background in the subject matter. A person who has never done anything like this before will benefit from the coordinated and step-wise approach that a boot camp provides.

Boot camps are not for everyone. Some people learn better independently. Others may have a family or a full-time job demanding their time. Some boot camps may focus on topics that are not relevant to what an individual wants to do in their career. According to Tech Beacon, it pays to spend some time researching the boot camp’s placement rate. Most human resources and hiring managers at companies that hire web developers look for a person who can demonstrate their set of skills. If a person takes an eight-week boot camp and cannot implement an algorithm or configure a program, they may have a hard time getting hired into a top firm.

Understand What It Takes to Become a Web Developer

Ask web developers how they got to where they are today. Attend some meetings or gatherings of web developers. Most large cities have annual events that allow for networking opportunities. An alumni office, community board or online board is also an easy way to informally interview web developers who are working in this field. Ask how they got to where they are today. Inquire about how long it took them to learn what they needed to know to do the basics of their jobs. Find out if they have ever done a boot camp or participated in a continuing education opportunity. Determine if their employer looked the same way at a boot camp experience as college courses or self-learning. When interviewing for jobs in tech support or web development, ask human resources about boot camps.

There are several ways to become a web developer. A person who does not have a degree in web development, computer science or a related topic may find that they learn the material best when they are in an organized, focused and intensive program with other people who also want to learn the same material. Having an answer to, “Are eight-week boot camp programs in web development worth my time?” could help a person decide which type of learning environment works the best for them and how to go about gaining the knowledge that they need to advance their career aspirations in web development.