What Are Some Procedures That a Gastroenterologist Typically Performs?

Gastroenterology is among the highest-paying medical specialties out there. These doctors, who specialize in the digestive system, perform a number of medical procedures to diagnose and treat health conditions that affect the many different parts of the digestive system. A few of the procedures you might expect to perform in a career as a gastroenterologist include upper endoscopies, lower endoscopies and liver transplants. 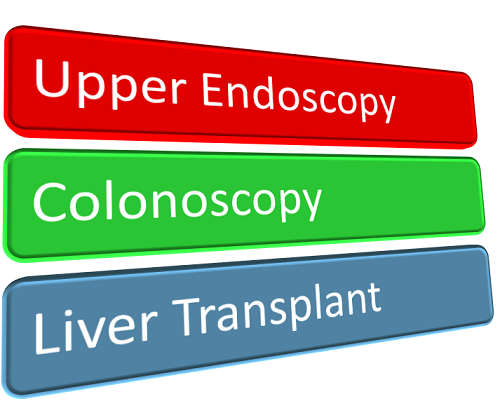 How does an internist in gastroenterology study your digestive tract to understand what’s wrong – or to fix it? One procedure used in diagnosing and treating gastrointestinal problems is an upper endoscopy. Doctors use equipment called “scopes” to visualize the organs of the digestive system. These tiny cameras attached to long tubes can be inserted through the mouth of a patient and lowered into the upper regions of the human digestive system, allowing doctors to see the esophagus, stomach and duodenum, which is part of the small intestine.

Although the purpose of an upper endoscopy may be merely diagnostic – to show the doctor what problems or abnormalities appear within the internal organs of the upper digestive tract – the technique can also be used for therapeutic intervention. If the endoscopy shows an abnormal growth, a gastroenterologist can use the scope to collect samples of the tissue for a biopsy. The physician may also use the scope to take out anything stuck in the tract, stop any bleeding that is occurring, injecting air or fluid into the digestive tract if necessary or perform surgical procedures.

Upper endoscopies may be performed for many different purposes. Some of the conditions they can help to diagnose include celiac disease, Crohn’s disease, ulcers, cancerous or benign tumors, infections and blockages or narrowing of the gastrointestinal tract.

Colorectal cancer, or cancer that occurs in the colon or rectum, is the third most common kind of cancer found in the United States, the Colorectal Cancer Alliance reported. Although colon cancer is the second leading cause of cancer death in America, this type of cancer is actually highly treatable – as long as it’s detected early. A colonoscopy is a screening procedure doctors use to detect colon cancer.

Similar to an upper endoscopy, a colonoscopy involves the use of scopes to see the inside of the digestive tract and potentially take interventive actions, like removing abnormal tissue growth. Instead of focusing on the upper gastrointestinal tract, the colonoscopy provides imaging of and access to the lower digestive tract.

To reach the lower part of the gastrointestinal system, doctors insert the scope through the anus of a sedated patient and into the rectum and colon, also known as the large intestine. In addition to seeing abnormalities in the structure of the colon and rectum, gastroenterologists performing a colonoscopy can remove small polyps that may be cancerous or precancerous – treating or potentially preventing cancer from occurring all in the course of the routinely recommended cancer screening procedure.

Gastroenterologists aren’t the only type of doctor performing colonoscopies, but they are objectively the best at it. Primary care doctors and surgeons are five times more likely to miss cancer than gastroenterologists, the American College of Gastroenterology reported. 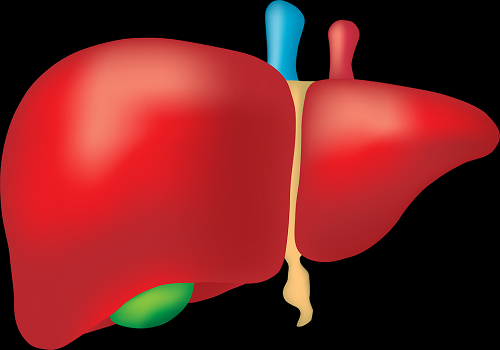 You probably don’t equate gastrointestinal symptoms with liver transplantation, but transplant hepatology is actually a recognized subspecialty of gastroenterology, according to the American College of Physicians. The liver is an important part of the digestive system, the Cleveland Clinic reported. It uses the nutrients that pass through the small intestine to create natural chemicals within the body that are needed for proper functioning as well as breaking down toxins and digesting dietary fats and fat-soluble vitamins.

When patients develop end-stage liver disease, or chronic liver failure, getting a new liver may be their best – or only – option for survival. Of the more than 8,000 liver transplantations performed in the United States in 2018, only about 400 were from living donors, the American Liver Foundation reported. Most livers were donated by deceased organ donors. However, the waiting lists for a liver from a deceased donor is so long – around 14,000 patients – that some patients will die before they receive the liver they need unless they are able to find a living donor.

During transplantation, surgeons carefully remove the diseased liver and implant the donor liver in its place, attaching it to the blood vessels and bile ducts that previously went to the patient’s own liver before closing the wound. After a liver transplant, the recipient must take anti-rejection medicine that suppresses the immune system – preventing the body from rejecting the foreign liver – for the rest of their life.

Gastroenterologists who specialize in hepatology also manage patients before and after they undergo a transplant, including those who haven’t reached the stage of liver disease where a transplant is warranted and those suffering from immunosuppression issues.

What Is a Gastroenterologist?

Do Gastroenterologists Usually Specialize in One Area of the Digestive System or Do They Focus on the Entire System?

What Is the Difference Between an Upper Endoscopy and a Colonoscopy?

What Can I Do With a Degree in Medicine?