Do Gastroenterologists Usually Specialize in One Area of the Digestive System or Do They Focus on the Entire System?

If you want to work in the entirety of the practice of gastrointestinal medicine, you can certainly do so. The digestive system is fairly large, encompassing more than a dozen components, but it’s not so extensive that gastroenterologists can’t manage the diagnosis and treatment of conditions affecting the entire digestive system. In fact, general gastroenterology is already a specialization within the field of internal medicine. Internal medicine refers to the wide array of internal diseases that, traditionally, affect adult patients – although pediatric gastroenterology is also an option.

General gastroenterology practice includes the study and management of the structure, function and disease of each of the organs and other body parts that make up the digestive system, from the esophagus and stomach to the intestines, rectum and anus. The liver, pancreas, gallbladder and even the tongue and salivary glands also fit into the digestive system and the potential scope of a gastroenterologist’s practice, although matters pertaining to the oral cavity, or the mouth, are most commonly handled by dentists, Healthline reported.

Without further specialization, you can treat a range of gastrointestinal problems that include stomach ulcers, abdominal pain, diarrhea, liver diseases and gastrointestinal cancers, the American Medical Association reported. One of the primary diagnostic and treatment tools in the field of gastroenterology is the endoscope. In non-surgical procedures called endoscopies, these “scopes” – minuscule cameras attached to long tubes that are narrow enough to pass through your body – allow gastroenterologists to visualize a patient’s internal organs and, in comes cases, to engage in therapeutic interventions.

You might start out as a general gastroenterologist but decide over the course of your career to focus on an area of emphasis that intrigues you, developing more specialized skills as you further your depth of knowledge within the field.

A gastroenterologist who chooses to specialize further may focus on a particular disease, like Irritable Bowel Syndrome (IBS), or a larger area of practice, like hepatology, the management of the liver and liver diseases. You might also focus on pediatric patient populations, on gastroenterology interventions in clinical pharmacology, or on procedures like transplantations or specialized endoscopy.

Some larger subspecialties in gastroenterology, such as colonoscopy, hepatology and pediatric gastroenterology, are well-established. Other subspecialties are narrower in focus and are still emerging, according to global general medical journal The BMJ. For example, if you specialize in gastrointestinal oncology, you will help patients with cancers of the digestive system. You might choose to focus on tropical diseases or on pancreatic diseases. Some specialists in neurogastroenterology delve deep into understanding the connection between the gut and the brain and treating patients such as those whose gastrointestinal symptoms are caused by a neurological disorder like multiple sclerosis. 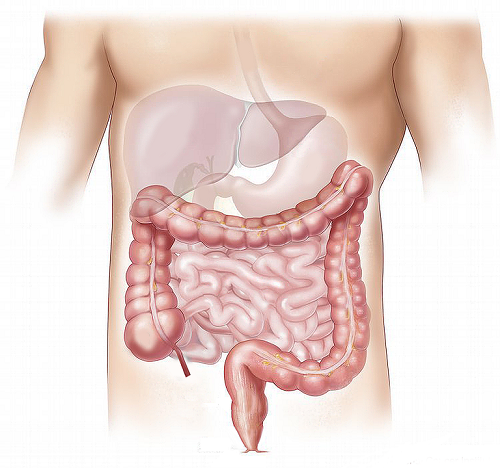 A colonoscopy is a medical procedure that screens for, and can even help prevent, colon cancer. Colonoscopists use scopes to view the inside of the rectum and colon and identify polyps, or tissues or lesions that may be cancerous or precancerous. Often, a skilled colonoscopist can remove small polyps during the colonoscopy, although larger polyps may require patients to undergo a separate surgical procedure to remove them.

All board-certified gastroenterologists are required to complete extensive training in performing colonoscopies, but not all colonoscopists are gastroenterologists, the American College of Gastroenterology reported. Going to a gastroenterologist as opposed to a doctor outside of this medical specialty for a colonoscopy is associated with less positive outcomes, such as a greater likelihood of missing cancerous or precancerous polyps or of complications such as bowel perforations.

Since all board-certified gastroenterologists must complete colonoscopy training, it might not sound much like specializing. However, not all doctors – even gastroenterologists – are equally skilled at performing the technique of a colonoscopy. In fact, measurements such as adenoma detection rate (ADR) and polyp detection rate (PDR) are used to assess a physician’s skill in performing this procedure, the medical journal Gastrointestinal Endoscopy reported. Specializing in colonoscopy may not mean so much that you complete different training programs than other gastroenterologists but instead that you cultivate a great deal of experience handling the procedure and achieving a high rate of detection of both polyps and adenomas.

Having a colonoscopy performed by a gastroenterologist reduces colon cancer death rate by 65 percent, while for primary care doctors and surgeons achieved lower reductions in death rates, at 57 percent and 45 percent, respectively, Reuters reported.

For a more formal specialization, you might acquire the advanced training and professional certification needed to become credentialed in transplant hepatology, the American College of Physicians reported. Generally, hepatology revolves around the diagnosis and treatment of advanced liver diseases, including hepatitis, alcoholic liver disease, and liver cancers. Your focus in this specialization may be on performing liver transplantations, as well as preparing patients for the procedure and their follow-up care.

About 8,000 liver transplantations are performed in the United States per year, but there is a long waiting list – in the ballpark of 11,500 patients – to get a transplant, Mayo Clinic reported.

Issues of the digest system aren’t limited to adult patients. If this branch of medicine interests you but you enjoy working with and caring for children, pediatric gastroenterology may be the perfect subspecialty for you. Pediatric gastroenterologists focus on the gastroenterological problems of children, which may include issues pertaining to the development of the digestive tract. Although a child’s digestive system consists of the same components as an adult’s, it also continues developing through adolescence, according to the American Academy of Pediatrics. As a pediatric gastroenterologist, you might help infants who fail to gain weight, toddlers with chronic diarrhea, and children who have celiac disease, lactose intolerance or other food allergies.

What Is a Gastroenterologist?

What Are Some Procedures That a Gastroenterologist Typically Performs?

What Is the Difference Between an Upper Endoscopy and a Colonoscopy?

What Can I Do With a Degree in Medicine?