How Does the Hotel Industry Work in Concert With the Economy?

The economy shifts and changes over time, so what at one time is an industry with rapid employment growth may eventually become a struggling industry laying off massive amounts of workers. Like all industries, the hotel industry is affected by larger economic trends. During good economic times, the hotel and hospitality industries do particularly well, often outperforming the growth of the economy as a whole. Although poor economic times can have a serious impact on the hotel industry, mild negative economic shifts usually aren’t disastrous for hotel workers and other employees in hospitality and tourism.

The Thriving Tourism and Hospitality Industry 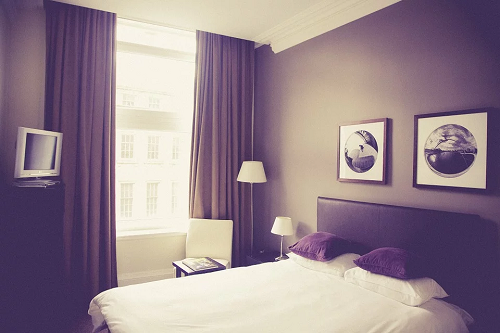 The global hotel industry is massive. In 2019 alone, that industry consisted of 515,458 hotels and resorts, employing 9,045,381 workers in roles ranging from entry-level front desk clerk and bellhop to senior hotel and resort managers with six-figure salaries, according to industry and market research company IBIS World. In total, this booming industry brought in $1 trillion in a single year and has continued to grow consistently throughout recent years. Experts in the hotel industry expect growth to continue in the immediate future, since there are no signs of an economic slowdown that would cause the current high rates of travel and hotel room occupancy to drop.

Although the economy as a whole has greatly improved since the Great Recession that started in late 2007, the hospitality industry has performed better than most. In fact, the industry’s growth just outstripped global economic growth for the eighth year in a row.

How the Hotel and Hospitality Industry Fare in Tough Economic Times

Today’s hotel and hospitality industries are doing well, but the reality remains that, in times of severe economic downturn, these industries are among the most vulnerable. In fact, during the Great Recession, employment of American leisure and hospitality workers declined by 454,000, in what the United States Bureau of Labor Statistics (BLS) called a “severe and prolonged” loss. Even after the economy as a whole began to fare better, this industry lagged behind in adding new jobs by half a year, the BLS reported. The hotel and accommodation industry saw the largest percentage drop of all hospitality subsectors, 6.8 percent, although it did not lose as many total jobs as the food and beverage services subsector did, at 129,000 and 230,000 jobs, respectively.

The reasons why leisure and hospitality jobs would continue to struggle even as the economy is turning around make sense. For workers who had been unemployed or underemployed during the Recession, quite a lot of financial repair may need to be done, such as catching up on bills, building savings accounts back up or gradually repairing credit scores by paying down debts that had gone into collections. Planning vacations and other optional travel excursions wasn’t the top priority. Even for families who hadn’t suffered significantly during the Recession, there was no guarantee that the volatile economy would continue trending upward, and it may have felt safer to save than to spend the disposable income that might otherwise have gone toward leisure and travel experiences.

There is some good news, though. Although devastating depressions and downturns can hit the hotel and hospitality industries harder than industries like healthcare, in which consumer spending generally isn’t optional but rather necessary, minor economic shifts have a much smaller impact. In the decades that preceded the Great Recession, the BLS noted, there were only a few brief occasions during which jobs in this leisure and hospitality industry decreased, and these losses usually weren’t extensive. During these times, jobs dipped by just 0.4 percent and quickly bounced back, compared to the 2.2 percent plunge they took during the Great Recession.

Job declines in the hospitality industry may not happen as quickly as in other industries. A month after the start of the Great Recession, employment in the industry peaked, the BLS reported. Only after the Recession wore on did the industry begin cutting jobs.

Is the Hotel Industry Growing?