Which Areas of the Country Pay Their Public School Teachers the Most?

Although most a love of learning and an interest in working with young people is what motivates most teachers to join the profession, you certainly want to make a good living as an educator. Making this desire a reality is far more feasible in some states than others. Teaching is a profession in which location can make a big difference to your income potential. Although many states where teachers historically have been underpaid are making efforts to improve wages, there is still a big discrepancy between the best-paying and worst-paying states for teachers. State and local budget cuts, a need to purchase school supplies out of their own money and price inflation all undercut teacher salaries in the majority of states. 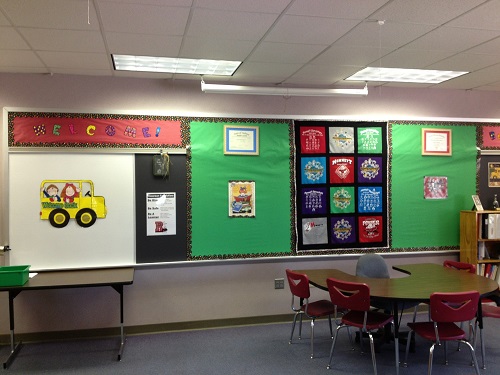 The Highest-Paying States for Teachers

The state where teachers earn the most money is New York, according to the National Education Association (NEA). The average teacher salary of $84,227 here is well above the $60,477 nationwide average wage, as are California’s $80,680 average salary and Massachusetts’ $80,357 average wage. The United States Bureau of Labor Statistics (BLS) reported that Alaska and Connecticut rounded out the top five highest-paying states for high school teachers, with average annual salaries of $77,920 and $76,980, respectively. At the elementary school level, New York and California still take the top two slots, paying $80,540 and $77,990, respectively, the BLS reported. Next on the list are Connecticut, with an average wage of $77,900; Alaska, paying $77,030 on average; and Washington, D.C., where the average salary is $76,950.

To put that in perspective, the lowest-paying state, Mississippi, had an average wage of just $44,926, according to the NEA. Sadly, Mississippi isn’t an outlier. West Virginia’s average wage of $45,642 and Oklahoma’s $46,300 average salary aren’t much better.

At both elementary and high school levels, New York and California are among the top five states with the highest levels of teacher employment – so these high wages aren’t due to scarcity of the occupation.

States Striving to Raise Teacher Wages as of 2019

Governors calling for raises for teachers came from both political parties, with 14 Republican governors and eight Democrat governors responsible for the proposals.

The Problem With Teacher Salaries

If you look at the nationwide average teacher salary, the problem of underpaid teachers might not seem so significant. That $60,477 figure is pretty much on par with the median earnings of workers in all occupations who hold a bachelor’s degree – $1,173 per week, according to the BLS, which translates to $60,996 over a year. Yet, with many states still paying teachers well below this average, inflation consuming any small wage increases that are granted and out-of-pocket costs eating away at savings, that not-too-shabby nationwide average salary doesn’t tell the whole story.

On paper, teachers are consistently seeing raises, with an average increase of 1.58 percent reported in the NEA’s most recent data. While teachers in Arkansas saw the highest increase, 4.6 percent in a single year, teachers in other areas saw a pay decrease. Then there is the effect of inflation. Despite appearances of annual wages, salary increases for teachers have not kept up with the cost of living. Once inflation is taken into account, wages today are actually 4.5 percent lower than those earned during the 2009 through 2010 school year, the NEA reported. The problem is widespread, with teachers in 42 states making less now than they did 10 years ago, according to Business Insider.

Budget cuts have a dozen states spending less on school funding today than they did a decade ago, Business Insider reported. The result is that teacher salaries aren’t the only place where school districts are skimping. Schools in underfunded districts lack supplies, and teachers themselves are often the ones paying the difference. Even the federal government acknowledges that teachers spend a good chunk of their own hard-earned money to buy school supplies, putting the figure at $500, but individual teachers report spending up to $1,000, according to Business Insider.

Nevada saw the most dramatic pay decrease, with wages dropping by 0.7 percent in a single year, according to the NEA.

What Areas in Education Have the Best Salary Growth?

How Much More Can I Expect to Earn With a Master’s Degree Over a Teaching Certificate?

Which Areas of the Country Have the Greatest Need for Teachers?